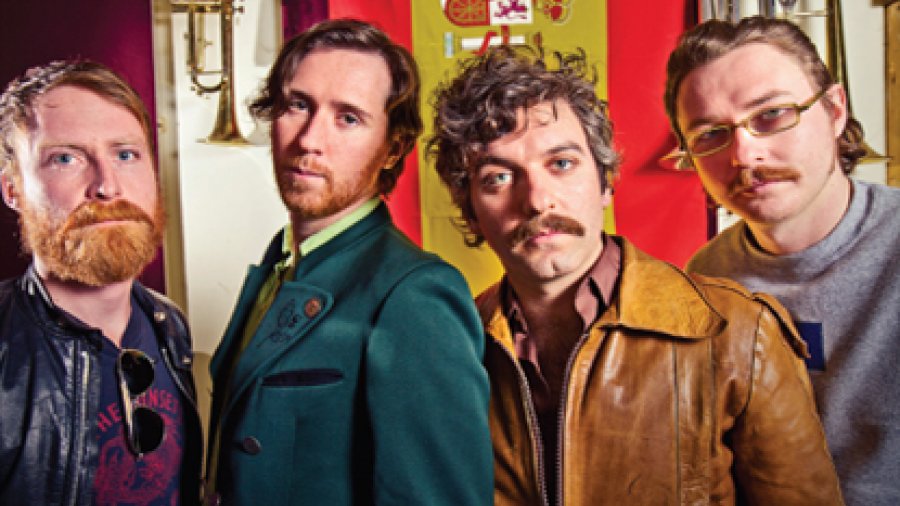 It’s that time of year again! Wapiti is back for a fourth run. Starting on Thursday, August 7 with WiL at The Arts Station Square and ending with Fast Romantics on August 9 in Annex Park, this year’s event is sure to please and inspire. Don’t forget to check out some of the bands Fernie’s bars have brought in to keep the party going nightly after the festival. Here is a quick rundown of this year’s lineup.

The FACTS Born in East Vancouver back in 2010, the FACTS marry garage-band guitars with electronic beats, giving the quartet a danceable pop vibe. The band’s debut album – Like a Living Being was released in 2012 – was well received and paved the way to festivals across the continent, from Live at Squamish to POP Montreal. The 2013 release of the FACTS’ The Hunch EP has endeared the band further to indie pop music lovers, as it crystalizes its experiment in alternative electronica (Saturday, 12:30pm).

Fast Romantics Closing out Wapiti this year is Calgary’s Fast Romantics. The band was compared to Elvis Costello and Blur after its self-titled debut in 2009, and while constant touring and performing has allowed the band to really come into its own, those comparisons are still apt. Afterlife Blues, released late last year, is lush and playful, and it harkens back to a simpler time. What makes Fast Romantics the perfect closer is its high-octane stage show (Saturday, 9:45pm).

Good for Grapes This Vancouver indie-folk band’s organic sound has been winning fans over since 2010. It doesn’t take much for the six members and a variety of instruments to bring out foot-stomping and hand-clapping, with its tight harmonies and explosive rhythms. With its first official album release – Man on the Page – last fall, Good for Grapes is poised to become a household name (Friday, 8:15pm).

Greg Drummond Friday night’s opener has such a clear and honest voice, it seems to capture the spirit of Wapiti and Fernie. Surrounding himself with talented musicians, Greg Drummond finds his influence in traditional Southern folk, his lyrics playing with themes of adventure and adversity. Drummond gave up boring corporate life to invest in a musical future. Not only is a story that many a Fernie-ite can relate to, but it also shows that his love lies in music (Friday, 7pm).

Jordan Klassen Dreamy like the bells on the ice cream bike, Jordan Klassen evokes a simple kind of nostalgia, one not complicated by bad memories. Sonically, at least. Lyrically, Klassen explores what it takes to come of age, to come to terms with life that doesn’t always come easily. His first full-length – Repentance – was released last year and there are a lot of people that are excited about the future of this BC musician. (Saturday, 2pm)

JP Hoe Hailing from Winnipeg, JP Hoe has been around the block a few times, his songs delivered with true troubadour charm. No pretense, no chicanery, just heart-on-the-sleeve honesty. Hoe released his second studio album – Mannequin – a couple of years ago, and his ability to disarm his audience shines through. It isn’t just love lost, but also wisdom gained (Saturday, 3:30pm).

July Talk Only two-ish years old, July Talk already has proven itself a band to watch. Between singers Peter Dreimanis and Leah Fay, the Toronto foursome blends crunchiness into its indie pop sensibility. Their dueling voices, complete with warring opinions, make for a compelling stage presence. Watching them feels personal, like an intrusion, but it oozes cool. (Saturday, 8pm)

Sidney York It would be pretty difficult to not have fun when Sidney York is on the stage. Smart, sexy and sassy, the duo owns pop, through and through. Crossing the talents of opera singer Brandi Sidoryk and bassoonist Krista Wodelet probably wouldn’t have many folks thinking anything danceable would result, but the band is definitely worth the seeing-is-believing test (Saturday, 5pm).

The Strumbellas If you ever wanted to know what “folk popgrass” was, here is your chance. Hailing from Toronto, this six-piece folk band is sure to rock the house. The band’s third album is called We Still Move on Dancefloors, after all. It also won a 2014 Juno for Roots & Traditional Album of the Year. (Saturday, 6:30pm)

WiL Likely one of Wapiti’s most seasoned musicians, WiL kicks off the festivities on Thursday night at The Arts Station square (where Wednesday Night Socials are). A frequent performer in Fernie, WiL is somewhat of an honourary local. Currently working on his fifth album, the Calgary native has placed his songs on TV and in tourism ads. He was commissioned to write a song for the 100th anniversary of the Calgary Stampede in 2012 (Thursday, 7pm).

Zeus Closing out Friday night are gods on the mount, Toronto’s Zeus. Unapologetically rock and roll, the quartet moonlights as Jason Collett’s (Broken Social Scene) backing band. Or Zeus is its moonlighting gig? Whatever the case may be, Zeus has impressed fans and critics alike since its debut release – Sounds Like Zeus – in 2009. (Friday, 9:45pm)