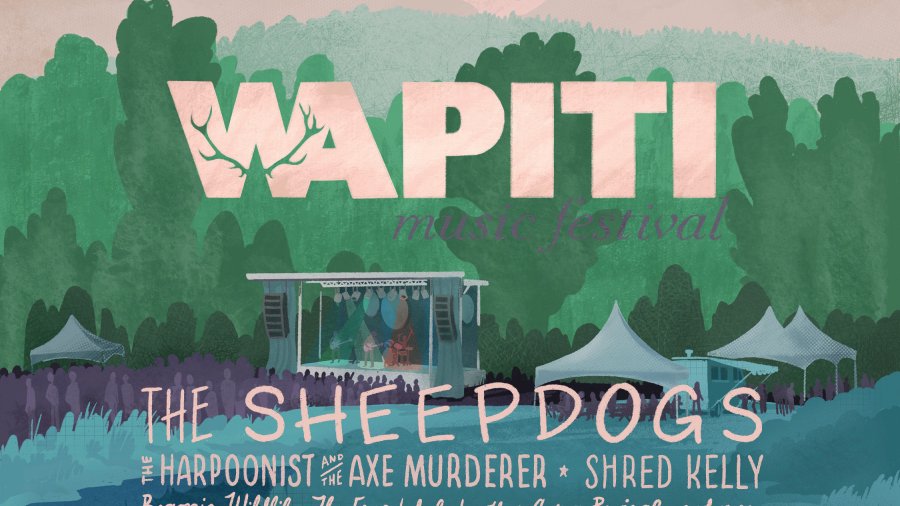 This August 7 and 8, the tenth annual Wapiti Music Festival takes place in the Annex Park, alongisde the majestic Elk River in beautiful Fernie, BC. Each spring as the event approaches the air is thick with anticipation. Who will headline this year? How can it trump the epic live performances we've enjoyed in past (Black Pistol Fire anyone)? One thing is for sure, the team at Wapiti never disappoints and getting early bird tickets is always a no-brainer.

The good news? Today's the day! And it's as exciting as ever...

The Sheepdogs - Did you know, they were booked to play Wapiti in the summer of 2011? This rock band from Saskatoon won the Rolling Stone cover contest (the first unsigned band to grace its cover) that same year and couldn't make it to Fernie. Get ready to rock with their "guitar-driven blues-rock style" this summer!

The Harpoonist and The Axe Murderer - They're back, after an amazing performance on the Wapiti stage in 2015! This Vancouver based blues duo put out a new album, Apocalipstick - a follow up to the Juno nominated A Real Fine Mess. We are excited to wecome tthem back!

Shred Kelly - What can we say? Our own stoke-folk band is releasing a new album (Like a Rissing Sun) this spring, and if "Dead Leaves" is any indication, we're in for another fantastic groiup of songs to play on the regular. Always a good time, a show impossible not to move to... we. can't. wait!

And this is just the tip of the iceburg. Check out the other bands, download their albums, prepare for another fantastic weekend in Fernie, celebrating Canadian music in the most picturesque setting with fantastic food and refreshments... the countdown is on.