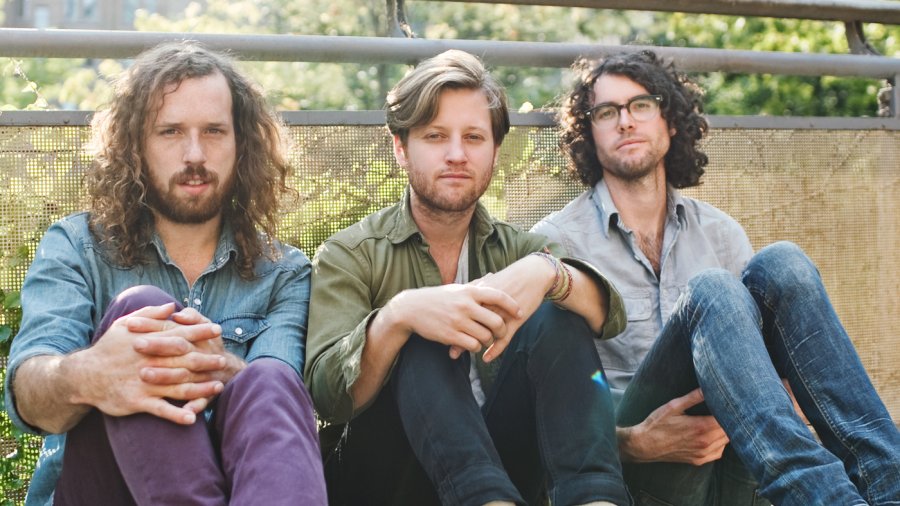 DO YOURSELF A FAVOUR and find any Wapiti bands you haven’t heard before online. This year’s lineup promises to deliver your new favourite band – which is always a benefit to a well-curated festival. Hats off to the Wapiti crew for stepping it up again. Get ready to party!

BEAR MOUNTAIN
If you like danceable bands, Vancouver’s Bear Mountain is definitely for you. This is live-band dance music, warm and organic with lead man Ian Bevis’s cozy vocals bringing it home. Formed in 2012, as a Bevis solo project, the band soon grew to a quartet and self-released its first EP in 2012. The band now has two more records – 2013’s XO and this year’s (last month!) Badu. No strangers to big stages, Bear Mountain has played Austin City Limits, Sasquatch and Lollapalooza and have toured with Bloc Party and Hot Chip, a band Bear Mountain is often compared to.

CAMARO 67
Danceable band! Lively stage show! Camero 67 will be a high-energy highlight of this year’s Wapiti! Also hailing from Vancouver, this 10-piece band brings Afrobeat and Afrofunk groove. What more do you need to know?!

LINDEN ANTHONY
One of the local acts that Fernie-ites get to celebrate is singer-songwriter Linden Anthony. At times his music, his voice, is a balm, at others Anthony lets it all loose – and all times, it’s hard not to imagine he’s singing directly to you, and only you. If you haven’t seen him perform at Infinitea, don’t miss him at Wapiti. It’ll be pure magic.

SHRED KELLY
Back on Wapiti stage for a second time, Fernie favourites Shred Kelly put it all on the line for live shows. The quintet has been all over and back again, making a much-welcome stop back in Fernie during a cross-country festival circuit. The blend of old-time banjo and modern synth, the beautiful harmonies, this will be an exciting home-coming of sorts. Welcome back to Wapiti, Shredders!

TERRA LIGHTFOOT
Bringing her signature wild-girl voice to Fernie, Terra Lightfoot puts the capital-R rock back in roots rock. Hard-hitting and lively, hers is a set not to miss. Last year, the Hamilton native was dubbed by the Toronto Star as your new favourite thing, and I, for one, am inclined to agree.

THE FUNK HUNTERS
No strangers to Fernie stages, this dynamic DJ duo from Vancouver have one goal – to get people up and moving. They do that with music that is obviously funky, but also old-school soulful and classic hip-hoppy. While their influences are many, it was experiencing Shambhala during that festival’s formative years that really germinated the seed of the Funk Hunters. The pair also began collaborating with musicians and performed its first live-band show a couple of years ago, and have since brought a full line-up to festivals across Western Canada.

THE MATINÉE
Another Wapiti returnee, Vancouver’s the Matinée have been around the block a few times since its last appearance. The band has gotten more pushy, more rocky and more trenchant. If you don’t believe me, just take a listen to 2014’s Call of the Wild – which the band worked on with Steve Bayes and Ryan Dahle (who were both at Wapiti last year with Mounties). If you’re a Wapiti devotee, you’ll enjoy seeing the evolution of the returning bands – especially the Matinée.

WILD HONEY
There will be more local love here with this female trio. Wild Honey’s beautiful harmonies and unpretentious melodies are perfect for a sunny afternoon and these open-hearted women will, no doubt, become your new best friends. One of the youngest bands to grace the Wapiti stage, Wild Honey has already made a name for itself here in the East Koots, opening for Barney Bentall and the Cariboo Express last fall at the Vogue Theatre in Vancouver.

WOODEN HORSEMEN
After releasing a subdued folky debut in 2013, this Vancouver band turned heads when it released its much more raucous sophomore album, Sentient, in January. Sonically hard to pin down – it swerves between psychedelic to jam band to beach rock - it nonetheless has a goal in common with Wapiti - get the people moving.

YUKON BLONDE
This returning Wapiti band from Vancouver (and Kelowna originally) delivers hook-happy that is fun and full of party. Hard working and prolific – the band has released three albums and two EPs in the last seven years - Yukon Blonde’s evolution has also been a joy to follow. Its power pop has been improved by tight vocal harmonies and synths. To prepare yourself, give a listen to last year’s single, “Saturday Night.”