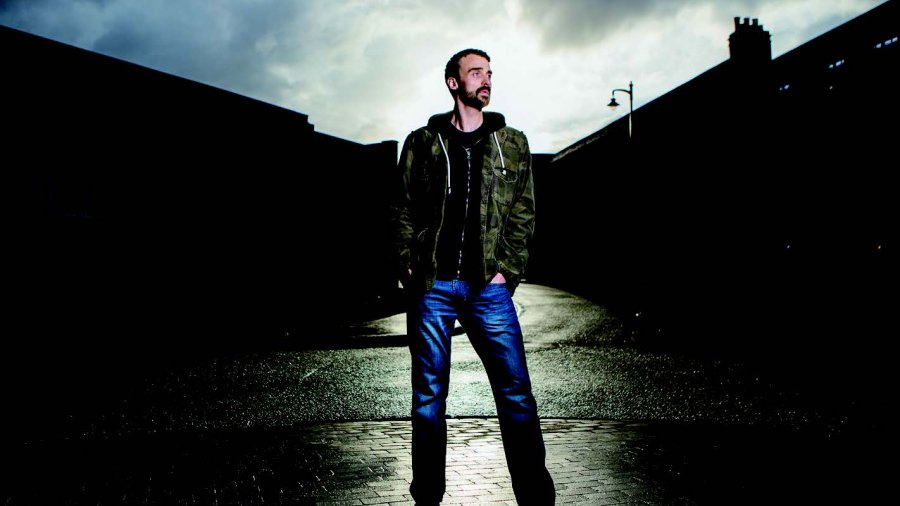 As we know from Facebook, Instagram and the ilk, triumph comes in many sizes. There’s the small triumph of catching your cat climbing into a box on camera, or the big triumph of eating food at a restaurant. For comedian Paul Myrehaug, triumph is a bit larger. He has proven worried, straight-laced parents everywhere wrong: it is possible to have gainful employment as a sought-after comedian from small-town Canada.

Hailing from Camrose, Alberta, Myrehaug cut his standup teeth in Edmonton. And then he worked it hard, first doing the Northern Alberta grind, then branching out to grind out the whole country. In 2007, at the tender age of 24, Myrehaug won Yuk Yuk’s Great Canadian Laugh Off, beating out 63 other comedians. You may have heard him on CBC Radio’s The Debaters or seen him on Just for Laughs … at this point, Myrehaug has landed on festival and comedy club stages across Canada and the world.

One of his most memorable gigs was a Christmas show in 2011 for Canadian troops in Kabul, Afghanistan. He was part of a contingent that included Ottawa singer-songwriter Amanda Rheaume, then-defense minister Peter MacKay, then-chief of defense staff General Natynczyk, Governor General David Johnston. It wasn’t intimidating at all!

“You’re coming on stage to close the event after the Governor General had just addressed the troops and if you talk about gravity … that situation was … he’s our queen, basically,” Myrehaug says on the phone from Edmonton. “And here I am going on after him to tell him my silly little skits, you know. So I just kept on shaking my head, thinking, how the hell did this happen?!

“You know, your parents worry about you picking entertainment as a career path. I remember when I got that phone call to go to Afghanistan with the Governor General and all of those other great political guys, I remember my mom being, like, ‘okay, I think you’re going to be all right,’” he laughs. “So it was that gravity that convinced my mother that standup was not a bad idea … I’ll always remember that for sure.”

Myrehaug has performed his zingy but accessible act for Canadian, US and coalition troops in Afghanistan, Iraq, Kosovo and Kuwait. He says what struck him the most about the bigger bases is how they are mini-communities, where you can grab Subway, catch a bus, buy the latest video game or do laps at a swimming pool.

“The majority of the time, you might as well be walking around a one-star resort … a military one-star,” Myrehaug laughs. “The pressure is enormous, but the crowd there – all of the comics say the same things, and the musicians – the crowds there are just way too good. You really don’t even have to be funny, because they are so excited that you’re actually in Afghanistan, and you say hi, and they are just pounding the tables and laughing.”

While this says something about the troops being hungry for live entertainment, it also says a thing or two about Myrehaug himself. His joke delivery is unassuming and laid back. He tells the kinds of stories you’d hear being told around a campfire or at a kitchen party. He just seems so normal.

And that’s his triumph.