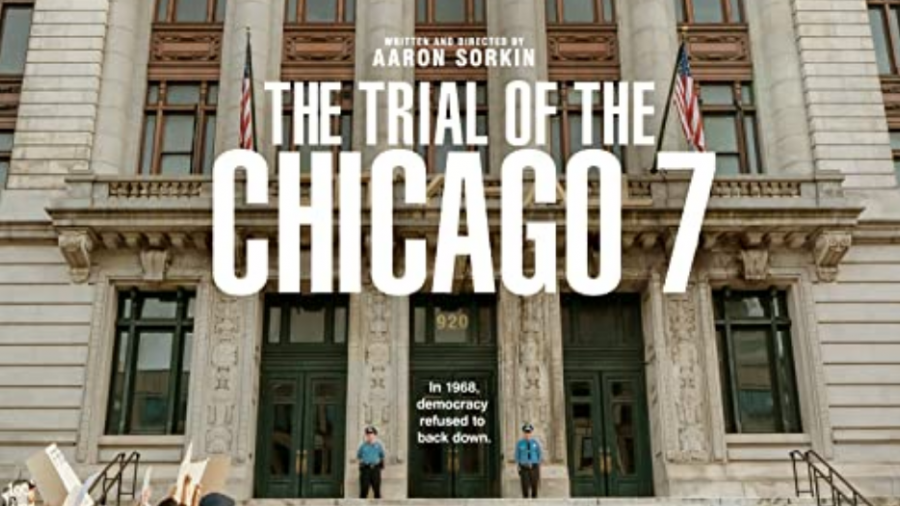 Given that so many boomers continue to be so influential, it makes perfect sense that Netflix should produce a film about an exceptionally important show trial that took place in the 1960s, the decade when a large chunk of the baby boomers were young, and the US was involved in a disastrous war in Vietnam.

The war had its roots in the French colonial period of the 1800s, but a number of other countries, including the United States, became involved in a lengthy conflict that ultimately claimed millions of lives and finally ended in 1975 when North and South Vietnam were reunited as one country.

American President Lyndon Johnson was a strong supporter of the war and was expected to be renominated for the 1968 presidential election by the Democratic Party at its national convention in Chicago. In the fall of 1967, the National Mobilization Committee to End the War in Vietnam (MOBE) proposed anti-war demonstrations to protest Johnson’s renomination.

David Dellinger was the chairman of MOBE, and Rennie Davis and Tom Hayden, former leaders of Students for a Democratic Society, directed MOBE’s Chicago office. Jerry Rubin and Abbie Hoffman were part of a counterculture group known as Yippies, that was also planning a “Festival of Life” to counter what they described as the Democratic “Convention of Death.” Representatives of the groups agreed to coordinate the demonstrations.

In April of 1968 the assassination of Martin Luther King Jr. ignited riots in Chicago and other cities, and in June the assassination of Robert Kennedy further shocked the country. By August, the two murders, along with a war that was resulting in the deaths of many young Americans, had created an atmosphere of political crisis.

The Trial of the Chicago Seven deals with the trial of seven activists (Abbie Hoffman, Jerry Rubin, Tom Hayden, Dave Dillinger, Rennie Davis, John Froines and Lee Wiener) all of whom stood accused of inciting a riot at the 1968 national convention. Bobby Seal, a high-ranking member of the Black Panther Movement, a socialist civil rights organization, was, due to racism in the Chicago police department, rounded up and put on trial alongside the seven, despite not having a lawyer and never having met the others before.

The film, written and directed by Aaron Sorkin, earned six Academy Award nominations including Best Original Screenplay. The script, originally penned in 2007, draws heavily from the trial’s original court transcript and is excellent, with the kind of whip smart dialogue we have come to expect from Sorkin’s other projects. He wrote the film screenplay for A Few Good Men (1992), The American President (1995) Charlie Wilson’s War (2007), and The Social Network (2010) for which he won Academy and Golden Globe Awards for best screenplay. For television, his work includes The West Wing (1999-2006) and The Newsroom (2012-14).

This is an interesting film. It is, however, a political fairy tale, the kind that Aaron Sorkin likes to tell, where the American political system usually works to benefit the people. Radicalism is portrayed as destructive and the centrist good guys are always smart witty and charming. It is a flawed film, but it is absolutely worth watching.