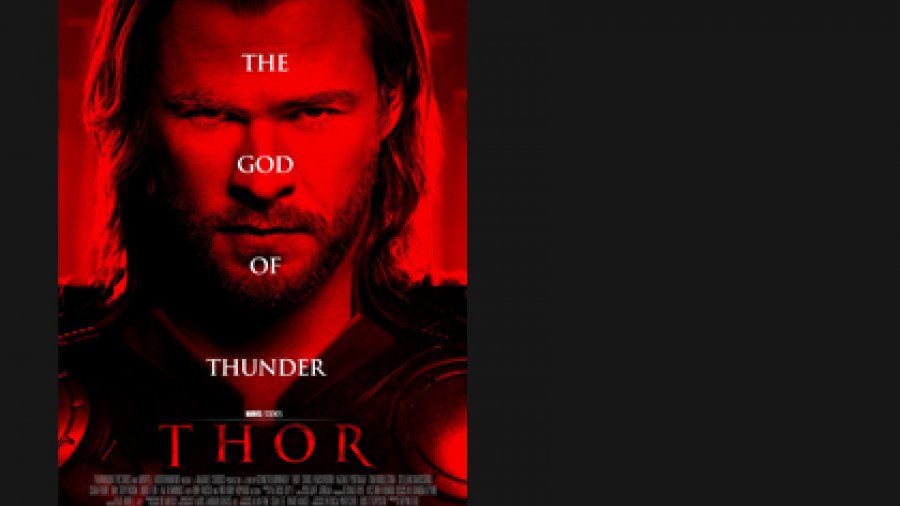 Thor is the Norse God of Thunder, the son of Odin (the all-father, head of the Viking pantheon). Thor is described as fierce-eyed and red-haired, father of numerous gods and goddesses and the bearer of Mojihir, the magical mountain crushing hammer.

Thor is without a doubt a warrior god. His exploits, including the relentless slaughter of his adversaries and fierce battles with the monstrous serpent Jormungandr, are well known to anyone who has studied Norse mythology in depth. Given that Thor is the Vin Diesel of Viking mythology, it is no wonder that in 1962 he was appropriated by the brilliant minds behind Marvel comics and turned into a superhero.

In order to make their protagonist somewhat more sympathetic, Stan Lee and company decided to give him a makeover. Marvel’s version of the God of Thunder had been cast out of Asgard because of his arrogance and brutish tendencies, and into the body of Donald Blake, a medical student with a limp and absolutely no memories of god-hood. They also decided to give their hero a love interest in the form of Jane Foster, a beautiful, buxom nurse.

It was only Mojihir which could allow Blake to regain his considerable supernatural gifts (flight, dimensional travel, etc.) and become a god once again.

Because Marvel has been turning its comic books into successful movie franchises (The Hulk, Spiderman, Iron Man, etc.), it has decided to give Thor the big screen treatment, giving Australian actor Chris Hemsworth (Star Trek, A Perfect Getaway) the opportunity to shine in the starring role and giving the wonderful Natalie Portman (Black Swan, No Strings Attached) the role of Jane Foster, who in this film is a physicist rather than a nurse. It also features good performances from Anthony Hopkins (The Silence of the Lambs, The Wolfman, Legends of the Fall, The World’s Fastest Indian) as Odin, Kat Dennings (Nick and Norah’s Infinite Playlist, Defendor, Daydream Nation) as Darcy Lewis, Jane Foster’s geeky assistant. It should be noted that Tom Hiddleston (Midnight in Paris, Wallander), who plays Thor’s nemesis Loki, does a commendable job as the movie’s villain.

This movie is definitely a summer blockbuster. Its heavy emphasis on special effects, its confusing plot and the mediocre script just scream big-budget popcorn movie. Most of Thor’s background, so painstakingly laid out by Marvel’s writers and artists over the last 40 years, has been scrapped for this film. Yes, Thor has been cast out of Asgard for being arrogant, and, yes, he becomes human, but the movie’s script writers have decided to make Thor’s human form almost exactly like that in Asgard. He is still buff and handsome and remembers his celestial home.

In spite of this movie’s many flaws (its over-reliance on CGI, the fact that the writers have made the story pathos free) it is an enjoyable film mainly because of Hemsworth’s performance as the title character. He plays Thor as both charming and arrogant, a warrior and a fool, and is able to make us feel that we really are watching a member of the Viking Pantheon on screen. It is worth paying to see even if the movie itself is a fairly average cinematic effort. One and a half thumbs up.