Thank You For the Music 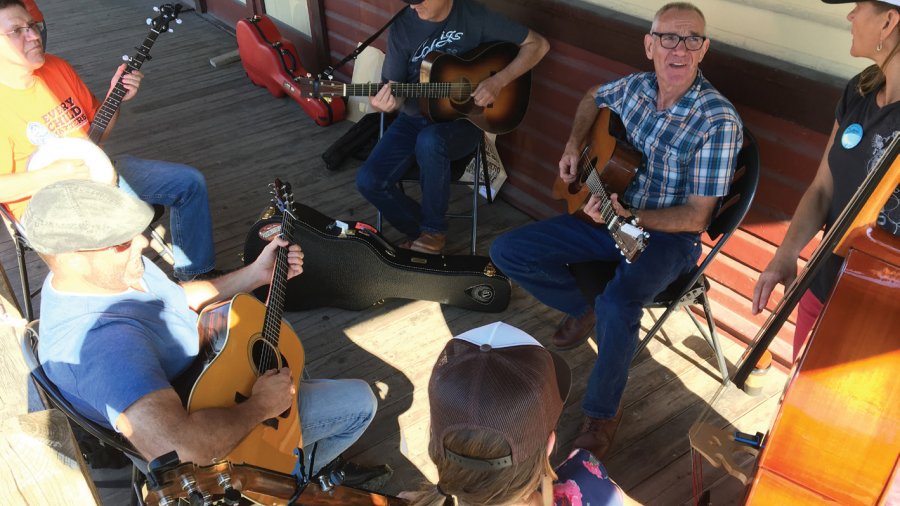 The first time I spent a weekend in Fernie was in a February deep-freeze circa 2011. I was teaching a workshop in the basement of the old Fernie Bakery (now the Loaf). After the short Friday session, I suggested to my host that we try to find some live music. “Oh, there’ll be something,” he said with confidence.

The idea that one can just walk up the street and find some live music in a small town seemed a bit preposterous to me. I was living in a town that was difficult to get anyone out to any live, local music. Some of us had been running an open mic night at a local pub for years, eventually it folded because we realized the only people showing up to listen were other musicians. Despite lots of energy and lots of great music, there simply weren’t enough people attending to make it worthwhile.

By way of contrast, I recently spent a few days in Nashville, Tennessee. Even in November, the weather was balmy enough that all the doors were propped open at all the honky tonks, and from every door wafted the sounds of top-notch musicians laying it all on the line. I walked past one three-story tavern that had a different band playing on each floor all day, every day. While having that much live music around might be nice, I know most of the bands are playing for nothing more than the exposure. I’m told you have to go to Knoxville to get a paying gig.

What is it about live music that we love so much? With the advent of Spotify, we have any music we want at our fingertips. How is the live music experience different? My observation is that we love it because it’s an authentic, shared experience. We build connections with our friends by hearing something you simply can’t stream or download. The stage banter, the conjured magic, and the setting all enrich the moment. The very nature of live music is that you get more from the musicians because the band feeds off the crowd and the crowd feeds off the band and after the show everyone can turn to each other and say ‘That was awesome!’ A collective memory is formed.

The challenge in a small town is density: you have to have the right ratio of listeners to musicians. Not enough listeners and you get poor attendance and the musicians stay home. Too many musicians and nobody is willing to pay for the experience. In Fernie, we have a great balance with a dozen or so venues willing to pay for live music, a roster of talented performers, and plenty of locals and travellers willing to come listen. Wednesday Concert Series, Brickhouse Jams, Saturdays at The Fernie, Fridays at The Loaf: the result is that we are growing this community-wide set of memories that are helping us feel at home together no matter how long we’ve lived here or where we were born.

You might not think that having a healthy live music scene is that big of a deal, but on that cold Friday night in 2011 when my host and I walked up 2nd Ave and found The Central at capacity, with a lineup outside at -20ºC for a local band (Shred Kelly if you must know), it was enough for me to wonder, ‘What is this town?’

I think often about that night; without it, I would not have had the confidence or clear vision that this small mountain town could support a crazy idea like Clawhammer Press. Without it we would not have packed up our lives five months later and moved to Fernie, so yeah—it’s kind of a big deal to me at least. I wonder how many other stories like this are out there? Many of us have come because of the skiing or biking, but I suspect we stay because Fernie is so much more than a bunch of sloped trails. Thanks for all the shared memories!