Take a Walk on the Wildside 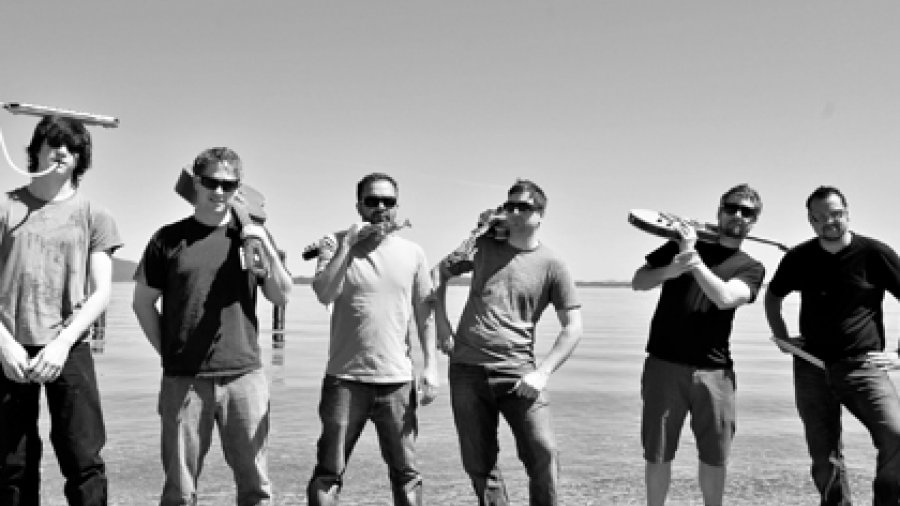 There seems to be a good dose of kismet in the tour of Victoria’s Quoia and Fernie’s Shred Kelly. Both bands were formed out of weekly jam nights and both bands are known to get an audience onto its feet. But even before the bands were aware of each other, folks were suggesting they meet.

“It’s happened numerous times,” says Quoia lead vocalist and guitarist Mike Hann. “Then it got to the point where I guess we both had enough and we contacted each other and said, do you want to do a tour? It sounded like a lot of fun, and it just seemed like a great opportunity, so we worked on it and made it happen.

“We were very excited about it,” Hann adds. “I think that our music energies are very similar. I think that our fans are definitely going to enjoy them, and hopefully vise versa, because I think that we’re both high energy bands.”

(It should also be said that Hann definitely voted for Shred Kelly’s spot on Tracks on Tracks! Congratulations!)

The two-band tour – dubbed The Road to Tall Tree – will be a handful of shows in BC and Alberta and end up at the Quoia-spearheaded Tall Tree Music Festival in Port Renfrew during summer solstice. Free passes to the event might end up in some lucky Fernite’s hands at the show at the Northern. The festival takes place on a 350-acre mountainside property near the newly-protected pocket of old growth, Avatar Grove.

The six-piece Quoia began in 2008, after meeting at the Canoe Brewpub jams in Victoria, and quickly made a name for itself, even garnering a fair amount of radio play with both its 2010 EP, Five Feathers, and its 2011 full-length, Wildside. Getting on the radio is something that every band is stoked about but it’s a fact that, quite frankly, surprised Quoia – rounded out by Alex Nicholls, Mike Roma, Jeff Scotney, Keith Gallant and Hugh Mackie. The band’s decidedly West-Coast blend of upbeat jammy rock is anything but inaccessible, but Hann considers the band’s strong suit to be its live show. It gets people up on the dance floor. And it’s Quoia’s animated, upbeat live performance that has propelled them to stages shared with talented up-and-comers like Current Swell to musical icons like Taj Mahal.

“That was one of the most profound musical moments of my life,” Hann says. “Not only opening for a musical legend like that, but just being aware of the impact that he’s had on the musical world. I mean, he discovered Ben Harper, as I’m sure you know, and just the trickle down from that has been huge. So it was definitely an experience that I feel lucky to have had. I know we all feel the same way.

“He was just such a nice guy, such a humble human, so there wasn’t... I mean, we are all star struck to a certain level, but once you start talking to a guy like that, who’s just a great human,” he adds. “It just comes to that equal level, and you’re just having a conversation. He was very welcoming, just an incredible guy.”

The lineup for Wapiti is growing and there is a buzz in the air. So far, the festival is shaping up to be a little more sonically diverse than it was last summer: from grooving the Boom Booms to country-infused Cuff the Duke. Vancouver’s the Zolas bring some serious piano chops to its progressive indie pop – there’s even a tinge of very early Elton John hiding in the bars of the music. The band’s core is Zachary Grey and Tom Dobrzanski; however, the duo often tours with other musicians. Songs sway between tongue-in-cheek hipster digs to melancholy love songs. With the band’s debut album released in 2010, it’s a good bet that the Zolas will be coming into Fernie with a shiny new album.