Take a Walk on the Wapiti Side 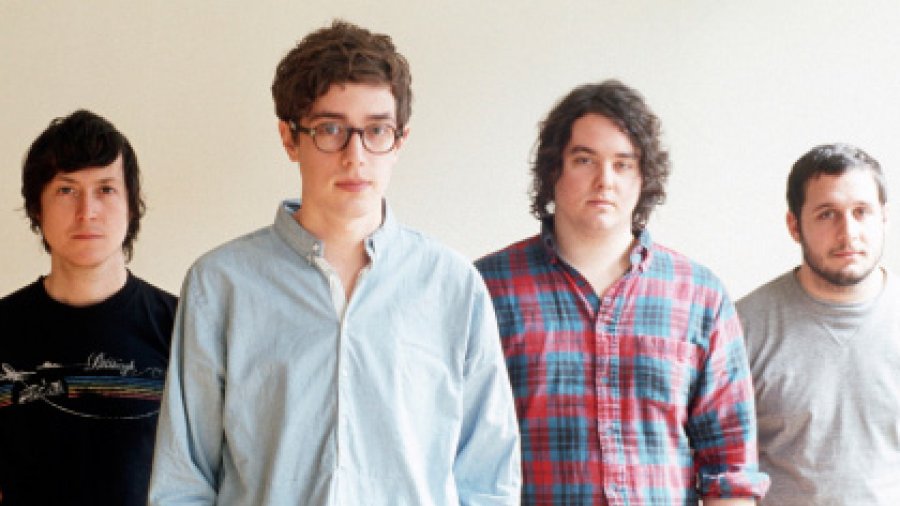 The lineup for Wapiti’s second outing is, for the most part, set. It’s like the organizers took what worked last year and turned up the volume. It is sonically diverse and impressive. At just $45 per ticket, if purchased before August 1, the festival is money well spent.

Sean Ashby His full-bore rock and roll belies the fact that Sean Ashby spent many years backing Sarah McLachlan and recording with Delerium. He has spent the last four years doing it solo, coming out of the shadows as a studio musician and it rocks. Ashby’s raunchy guitar has a life of its own, and his live show is rabid.

The Belle Game This indie pop sextet from Vancouver has already made some Fernie friends by catching a ride with Tracks on Tracks. This train ride saw ten bands, including our own Shred Kelly, ride the rails to NXNE in Toronto in June. Sonically, the Belle Game blends soaring harmonies with spare instrumentation—every note is perfectly placed. Although the band already has two-well received EPs to its name, the Belle Game’s long awaited full-length is set for release in the fall.

The Boom Booms From Vancouver, this grooving six-piece is perfect for a hot summer day. The towering conifers of Annex Park will shape-shift into coconut-heavy palm trees. A strong reggae and Latin influence weaves through lead vocalist Aaron Ross’ honey voice—it doesn’t take long to become Boom-Boomed. The band’s show is all about making connections, from bass riff to smile, from drum thwack to dancing feet. The Boom Booms play music for people to move to.

Born Ruffians Perfect Wapiti’s Saturday night, Born Ruffians deliver messy rock with the urgency of last call. The band’s jaunty guitar and stabbing vocals are sure to slap dancing legs into submission. Born Ruffians have toured with the likes of Hot Chip and Caribou and even covered a couple of Aphex Twin tracks on a label compilation. In other words, the Toronto band is not afraid of anything except not playing music.

Cuff the Duke Hailing from Oshawa, Cuff the Duke finds its inspiration in some of the old country greats, like Johnny Cash and Hank Williams. Its folky alt-country would go well alongside Wapiti favourites Elliot Brood. The band’s last full-length—Morning Comes released late last year—was produced by Blue Rodeo’s Greg Keelor. The experience pushed Cuff the Duke to be at its best, and the band ended up with a Juno nomination for the effort.

Five Alarm Funk A huge band out of Vancouver, Five Alarm Funk likely need no introductions to Fernie. This heavily percussive and horned party machine insists on a dancing audience. I have witnessed one of the drummers wring out his socks after a performance at the Northern.

Michael Rault From Edmonton, Micheal Rault got his musical start in that city’s punk bands. Although he has strayed from that, it isn’t hard to hear a little rockabilly in his retro foot-stomping, greaser rock. He has received a lot of attention for playing with a guitar on his lap and a tambourine taped to his foot. With a recently released second album, MA-ME-MO, Rault delivers songs perfect for a sock-hop.

Redgirl Another band that needs no introductions, Redgirl has made itself a staple of Fernie’s musical diet. Helmed by Anie Hepher, her husband Mike (of Clawhammer Press), Steve Jones and Sven Heyde, this roots band has delighted audiences at The Arts Station and last year’s downtown socials.

Stellar Radio Choir Listening to Golden band Stellar Radio Choir with closed eyes evokes images of corduroy bell bottoms, baby blue eyeshadow and chunky necklaces. It’s not hard to hear the trio’s ‘60s influences. Although the band harkens back to a simpler age of rock and roll, this is garage rock for a new millennium.

The Zolas With piano and guitar at the forefront, the Zolas deliver bouncy indie pop. The Vancouver band’s music struts and shivers, at once belonging to the hipster and making fun of the hipster. The Zolas debut album, Tic Toc Tic, garnered the band hefty attention, and a second album is recorded, mixed and set for release very, very soon.