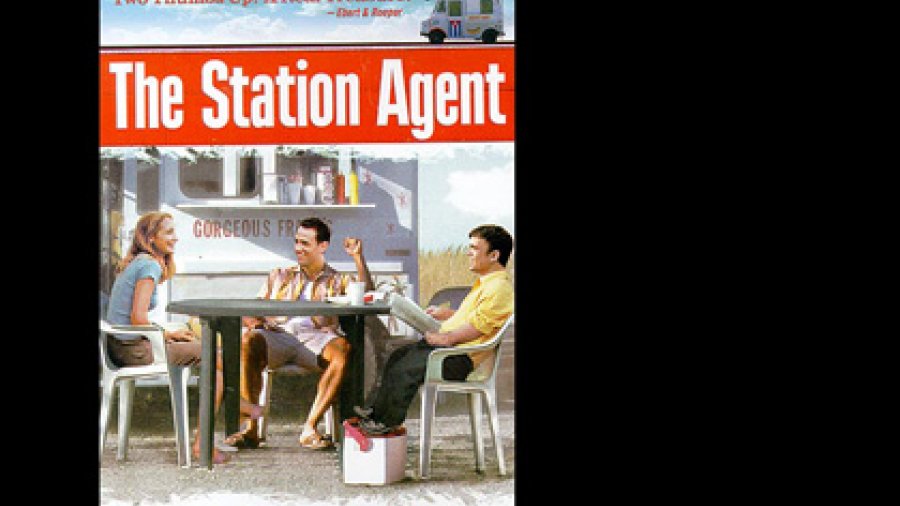 Hollywood has never been kind to Little People (those with Dwarfism, a phenomenon caused by about 200 distinct medical conditions that result in a person having unusually short stature). The American film industry either portrays Little People as comical buffoons (Zoolander, Project X, Austen Powers the Spy Who Shagged Me), or mysterious magical creatures (Willow, Legend, The Lord of the Rings Trilogy). Very few Hollywood films portray people with Dwarfism as ordinary men and women trying to get by in an ordinary world.

Fortunately, The Station Agent is a film that bucks the Hollywood trend. It is the tale of Finbar McBride, an emotionally scarred loaner and train enthusiast who describes himself at one point in the film as simple and boring. After inheriting a train station in rural New Jersey from his former employer, McBride meets and bonds with two interesting new neighbours: Olivia, a grieving mother and eccentric painter, and Joe, an annoyingly gregarious hotdog and coffee vendor.

Peter Dinklage, who is 4.5 feet tall, is currently doing a star-turn in the HBO series A Game of Thrones. He does a marvellous job portraying McBride as a very real and sympathetic character with the same drives and imperfections as everybody else. A man who is all at once angry and bitter, yet gentle and compassionate.

The film shows how a person with an obvious disability can prefer to be on his own since in public he becomes a curiosity and suffers from the stares and blatant insensitivity of the general population. The story is a simple one. It shows how over a few months, a meaningful friendship gradually develops between three very different individuals.

The supporting cast includes Patricia Clarkson (Dogville, Cairo Time, Easy A) who gives a poignant and very engaging portrayal of Olivia; and Bobby Cannavale (Shall We Dance, Snakes on a Plane, Win Win) who gives an excellent comedic performance as Joe, a man who is extremely kind and generous at heart but has no sense of social boundaries.

One thing that stands out is the scenery. It is a beautifully shot little film, and makes the Garden State look positively verdant.

For all that I love about this movie, there is one thing that I find problematic. Tom McCarthy, who wrote and directed it, quite clearly wanted to make a film about a Little Person who does not come from myth or legend. Watching The Station Agent, however, it does feel sometimes as though Fin is stuck in some kind of 21st Century fairy tale. The man never looks for a job, and the viewer begins to wonder how Fin can continue to live in his train station with no visible source of income. The location of the station, in the forest miles away from anywhere, is also reminiscent of a Grimm's fairy tale. One almost expects Hansel and Gretel to come knocking on the door. However, if you do manage to suspend your disbelief, I guarantee that you'll have a great time watching this film and you will see something that the big studios almost never produce, a film that respects those with differences and disabilities.