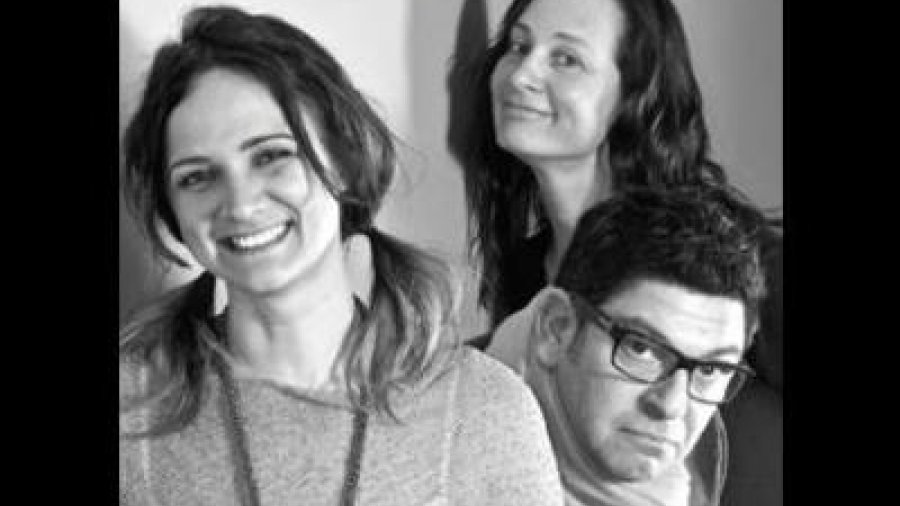 September marks the return to routine, normalcy after the halcyon days of summer. Musically, Fernie rocked it over the summer, between Wapiti, the Socials and all of the other talent that strummed through town. But that was then. Now we look to the fall, and the beginning of The Arts Station concert series. With twelve concerts between this month and April, we’ll be treated to intimate folk, jazz, bluegrass and indie – it’s an enviable lineup.

Kicking things off is Fernie favourite, quirk-meister Ben Sures. And he’s not coming alone. Joining him on stage will be Juno-nominated Chloe Albert and Canadian Folk Music Award-winning Karla Anderson. And I mean literally joining him on stage – one won’t be opening for the other. The three talented Edmonton musicians will perform together as Honey in the Jar. While all are singer-songwriters, each has their own flavour, and it should make for an interesting mashup.

The show will be like a songwriters’ circle, made all the more intimate by the theatre at The Arts Station. Each musician will perform their own material with the others joining in. Although Honey in the Jar has about ten shows together over the next year, when I spoke with Chloe Albert, the trio hadn’t performed together in this form yet.

“I think what will end up happening is that it will be a lot of improv,” Albert says. “That is where a lot of the fun happens.”

The last year has been a dizzying one for the singer. After releasing her second album, Dream Catcher, last summer, Albert has had to include more than a couple awards shows to her itinerary – including the aforementioned Junos, where she shared the stage with a host of Canadian music royalty like Jim Cuddy and Ron Sexsmith. Although Albert is still receiving accolades for Dream Catcher, she has turned her sights on material for a new album.

“Taking care of the whole shebang is very time consuming,” she says of handling her own career. “I am just starting now to focus on new album. But I hope for it not to be as long as between the last two records!”

Not to shun Ben Sures, but it will be incredible to hear Albert and Karla Anderson sing together – they both have achingly beautiful voices. The similarities don’t end there – Anderson also has two albums under her belt and more than a handful of accolades. The singer started garnering attention when her song, “What Else Can I Do?” was used on the mid-aughts show Joan of Arcadia (with Amber Tamblyn). The attention the song received prompted Anderson to get her debut out and The Embassy Sessions went on to win a Canadian Folk Music Award for best new/ emerging artist in 2005.

And then there’s Ben. Anybody who has seen Ben Sures on stage or listened to his lyrics knows that he likes to have fun in his performance. His seven albums feature a songwriter who is witty, warmly self-deprecating as well as intelligent. He’s shared the stage with Fernie’s own Bubba Cook and has contributed to CBC Radio’s the Irrelevant Show. So there should be little doubt that Honey in the Jar will have be as irreverent as it will be impressive.

Honey in the Jar performs at The Arts Station on Thursday, September 11 at 8pm.

For more information on the whole concert series, visit www.theartsstation.com.