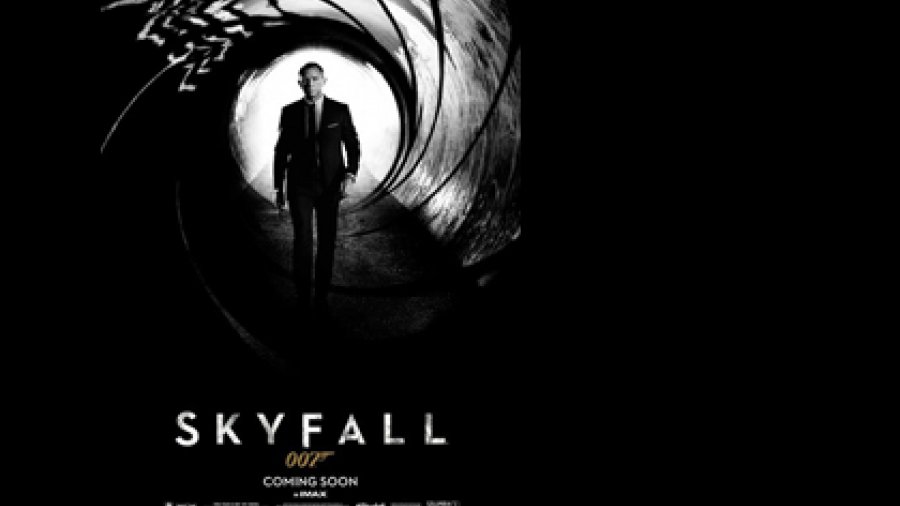 James Bond, super spy, ladies man and pop culture phenomenon, first appeared in a series of 14 novels written by Ian Fleming (1908-1964) and published from 1953 to 1966. Bond's first appearance in a major motion picture was in 1962 when Fleming's sixth novel, Dr. No, was adapted for the big screen. The film featured Sean Connery as James Bond and Ursula Andress as his leggy, blonde love interest.

This most recent Bond film does not vary much from the formula Metro Goldwyn Meyer has used to churn out Bond movies over the last fifty years. In Skyfall the evil Raoul Silver (we know he is evil because his hair is badly dyed, he has false teeth and his sexuality is ambiguous...my God, isn't Hollywood mind-numbingly shallow), is out to destroy the British secret service and its most senior officer M, played by Judi Dench. Bond, played by Daniel Craig, must stop him. Gun-play, brutal hand-to-hand combat and explosions ensue.

The two things that differ from the rest of the Bond films is that there is no Bond girl, and Q-branch, this time headed up by a fresh-faced 20-something, provides our favourite super-spy with two pieces of less-than-impressive technology, a gun and a radio. Despite these two inconsistencies this movie is a decent addition to the Bond canon. There is action and adventure in true Fleming fashion and a megomaniacal scheme that can't fail to impress.

Yes, this motion picture is darker and grittier than others in the franchise, and as usual the sexual politics are hideously problematic, but Javier Bardem is excellent as the film's obligatory criminal mastermind, and both Craig and Dench play wonderful roles.

Bardem comes to this role after impressive performances in such films as Beautiful, Eat, Pray, Love and No Country for Old Men, and is clearly enjoying this opportunity to chew up the scenery. Craig plays the laconic man of action that we've come to expect from his last two turns as this pop culture icon (Casino Royale, Quantum Solace). Judi Dench brings her Shakespearean charisma to the role of M, elevating what would otherwise be a rather unexciting role and improving the whole film as a result.

I give this film an enthusiastic two thumbs up; however, if you are interested in more realistic spy films, then you might consider Spy Game, featuring Brad Pitt and Robert Redford, or if you want a film about secret agents that has both historical scope and depth, see The Good Shepherd featuring Matt Damen, directed by the very talented Robert De Niro.