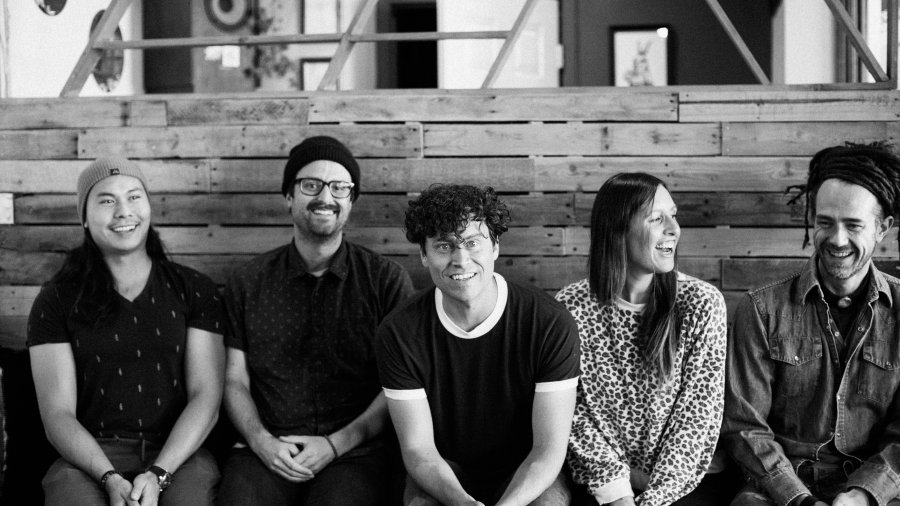 We all have our own memory of the first time we either heard or saw Shred Kelly. I was actually working at the Brickhouse when I heard some of their first songs at the weekly jam night. "I Hate Work" seemed appropriate at the time, and gave us the energy and inspiration to start the Fernie Fix! When a few of us came up with the idea to create the Wednesday Concert Series, they graced the stage outside at the Arts Station. And the following year, Wapiti began and we were all blown away once again by their dynamic stage presence and growing list of songs that were impossible not to move to.

And here we are, preparing for two nights at the Northern to celebrate Shred Kelly's official Ten Year Anniversary! A couple of weeks ago we had the opportunity to catch up with Sage from Shred Kelly. Here is what she had to say, we hope to see you on the dance floor this weeekend!

1. Did Shred Kelly really form from performing at local jam nights in Fernie?
We did! Tim was hosting the local jam night. Back then it was held on Tuesday nights in the Underground bar at the Brickhouse. Eventually the jam night moved upstairs and remains the Thursday night jam night that we know and love today. It was where we first tested out some of the first songs we wrote.

2. Do you have one memory that stands out from the last ten years on tour?
Last year we were asked to perform “Home for a Rest” by Spirit of the West at the Western Canadian Music Awards to honour their legacy as a band. To be asked to perform this massively influential band’s biggest hit at the awards was an incredible honour. It was a very emotional event knowing that their lead singer John Mann had been battling early onset Alzheimer’s. What we didn't know when we arrived was that the band would be in the audience. We were both ecstatic and terrified to perform their song to them.

A week after we played 'Home For a Rest' at the Music Awards, we headed to the UK for our first tour there. The lyrics tell the story of a Canadian indie band on tour in England, playing in damp dive bars, never sleeping and drinking too much, basically something we can relate to all too well.

3. You’re ending your ten-year anniversary tour right here in Fernie, what does this mean to you?
It is pretty special to be ending the tour in Fernie, where it all began. We have so many memories here and hope that we'll see some faces of the old school jam night crowd in the audience singing along like we were all still just a bunch of kids who moved to town with nothing to do except chase weekly drink specials and hit the hill all day. It's crazy to think that 10 years has flown by. Some of our best memories are in Fernie. From the Brickhouse jam night days, to sweaty shows at The Northern, The Royal and the Central, to Wapitis and Fernie Stoke Fests. It's been a pretty wild ride.

4. Any future plans you can share with your fans?
We just finished recording a new record - so we'll be releasing it in 2020! Stay tuned for more tunes and 10 more years of dancing together.