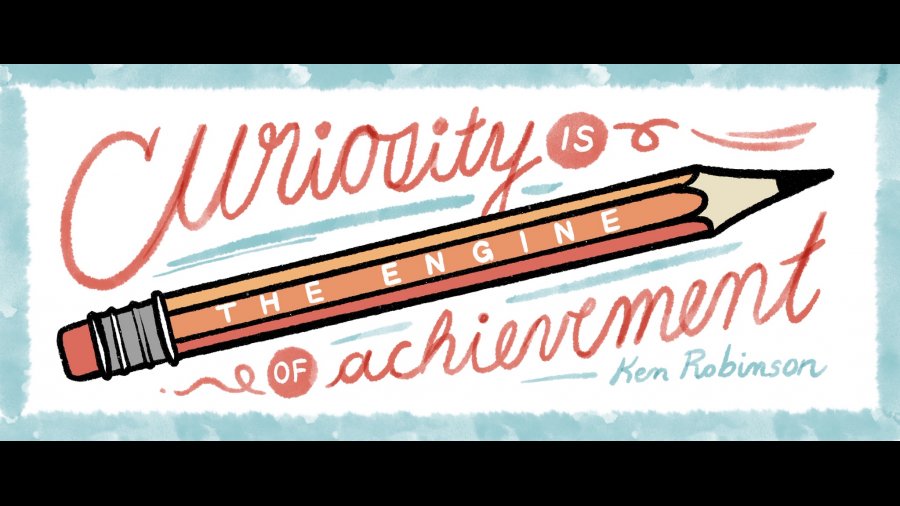 “Michael, put down your pencil and pay attention!” was a phrase commonly directed at me in elementary school. Being an obedient kid I would lay my pencil down and, my mind untethered, would quickly drift off into another realm. Stopping doodling was like letting go of the string of a balloon—the balloon being my ability to focus on the moment.

Over time I recognized that doodling kept me anchored in class in a tangible way, so by high school I would preemptively inform my teachers that doodling helped me listen. It’s amazing how much I could retain if I had a leash on the wandering part of my brain. Drawing in class was a coping mechanism that helped me survive an education not designed for my learning style. I was expected to participate in the system so I found ways to make it work for me—I learned how to learn.

Historically we have based our school system on the idea that we need to cram information into empty brains, so like data dumps we have stuffed volumes of dates, events, and theorems into overwhelmed children and hoped that some percentage doesn’t leak out through the cracks of irrelevance or time. Unfortunately it felt to me like on the whole the glue holding the things in there was missing—I needed a why or a how to make it relevant to me. If you have the right motivation, learning is easy (or easier, at least).

Greek philosopher Plutarch suggested that, “The mind is not a vessel to be filled, but a fire to be kindled.” The implication is that we need interest to engage with incoming information to curate it, and bind it to relevant ganglia so it’s not lost. Curiosity is the fuel that pushes the train over the hill to coast down the other side. But how do you teach curiosity? Perhaps we don’t have to.

Psychologist and Social Philosopher B.F. Skinner believed curiosity is innate, but that it can be extinguished. “No one asks how to motivate a baby. A baby explores everything it can get at,” he writes.“This tendency doesn’t die out, it’s wiped out.”

I often hear people say that they can’t draw, which is a parallel fallacy. After grade six most people simply don’t draw, and therein lies the problem: we use it or we lose it. Experts in brain development are showing us that it is during our teenage years that unused pathways are pruned. Connections are discarded and rerouted. If we don’t make use of skills through our teens it becomes very difficult to relearn them later. If they are not exercised, they are exorcised.

That may sound like bad news at first, but since curiosity is built into our kids, all we have to do is get out of the way. When we raise humans hungry for knowledge they will find things to feed themselves.

My curiosity was fed at home first. If I wanted to build something I was given a hammer and some guidance about how to use it. If I wanted to draw, paper and pen were produced. Of all the skills I’ve learned over the years the ability to engage myself in the process of learning has served me the best. Curiosity that has driven me up close to beautiful paintings to examine the brush strokes. Curiosity has kept me awake at night turning over printmaking problems in my head until I found a unique solution. This characteristic has been my saving grace as I have navigated a world that often recognizes formal learning above experiential learning.

In:
Art and Entertainment
Tags:
arts, Culture, drawing, Fernie BC