September 2011 - This Month in Movies 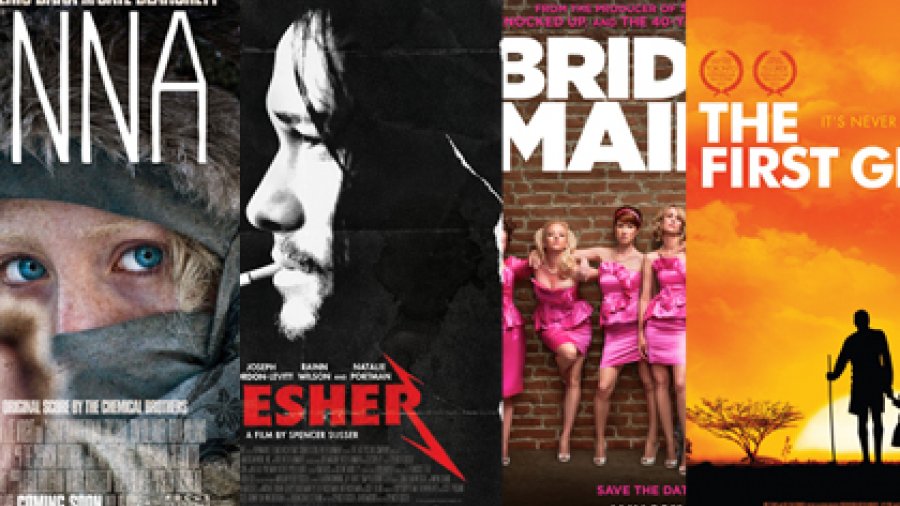 September 6: Hanna tells the story of a 16-year-old girl whose ex-CIA father has trained her to be an assassin. The pair has spent most of her life in northern Finland, isolated from the rest of the world, until he sends her big mission – to kill another agent. A cross between Run Lola Run and the Bourne movies – with a little bit of fantasy and sci-fi thrown in the mix – the film is straight up entertainment that is perfect for back-to-school brains. Saoirse Ronan’s otherworldly quality is put to good use as Hanna, especially as she finds herself a stranger in strange lands.
Other releases: The Good Heart, Everything Must Go, Wrecked, X-Men: First Class (Sept 9)

September 13: Joseph Gordon-Levitt has a knack for choosing odd and interesting characters, and his turn in Hesher as the titular character is no different. The film follows TJ Forney, a pre-teen boy who lost his mother in a car accident. He finds himself largely alone, as his father can’t pull himself together and his grandmother is lost in dementia. In comes Hesher, a potty-mouthed, hot-tempered loner. Hesher moves into the Forney’s garage and proceeds to tilt the family’s world. He’s not the crazy man with a heart of gold, but he is crazy enough to knock the family back onto the rails. This comedy wears its dark heart on its sleeve, and Gordon-Levitt—along with Rainn Wilson—is just the man for the job.
Other releases: Incendies, Thor, The Trip, Take Me Home Tonight

September 20: Weddings and their preparations are often rife with unintentional comedy. It’s an idea mined in many a film with varying degrees of success. Bridesmaids touches on one of the stranger rituals of the Western wedding—gathering a group of women around an open bar in matching gaudy gowns. But with unabashed comic Kristen Wiig at the helm (both as co-writer and actor), the film avoids the traditional clichés of wedding flicks. The bride is not a crazed bridezilla and bridesmaid who takes her job way too seriously is still loveable. When Bridesmaids was released in theatres, there was a lot of talk about the box-office viability of a female gross-out comedy, which is strange because women can be a lot grosser than men.
Other releases: Setup, River Murders, Dumbo (re-release)

September 27: In 2003, the Kenyan government proclaimed education as a right for all. It was a long time coming for the country as its people fought over the right way to decolonize. Based on a true story, The First Grader is about Maruge, a man who was imprisoned and tortured for defying British rule. Even though he is 84 years old when the education proclamation comes down, Maruge wants to read and write. He is not swayed when the teacher says no. He even has the school uniform tailored to his larger frame. Although the teacher eventually allows him to join the class, life doesn’t automatically turn sunshine and lollipops for Maruge. He has awful bouts with post-traumatic stress disorder, and villagers turn against him, accusing him of stealing educational resources away from their children. The First Grader is inspirational and touching, of course, but it does not shy away from Kenya’s uglier realities.
Other releases: Inside Out, Loose Cannons, Shades of Ray, Transformers: Dark of the Moon (Sept 30)