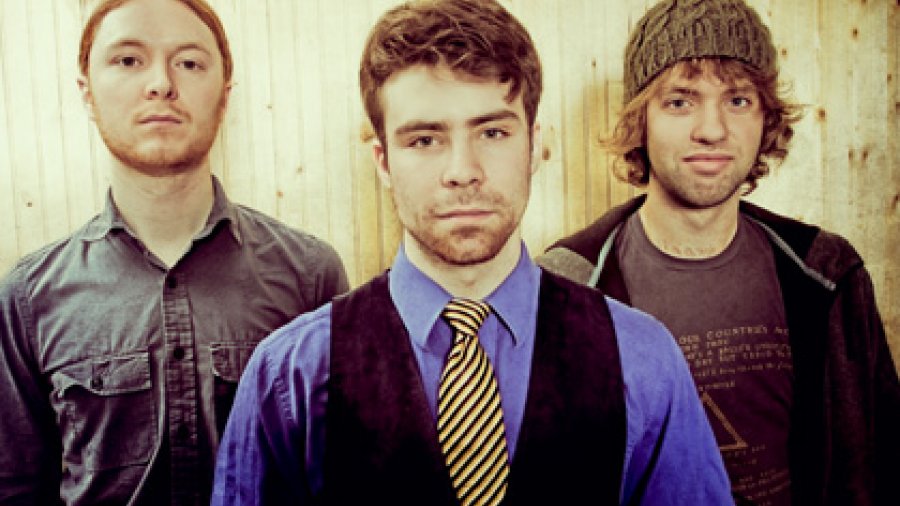 When Jesse Northey’s family moved from Fernie to Lethbridge, he was pretty stoked to be heading to a bigger city. Who could blame him? Not only did he get beat up for being a figure skater, but also, he was 16. Whether it’s parents, hometown or school, almost everything seems provincial at 16, no matter where someone grew up.

Things changed—as they do—with a few years under his belt, and these days Northey is stoked to be coming back to perform with his band Jesse and the Dandelions. And his other band, the New Weather Machine. And Church, another band on the record label he started with fellow musician Jon Martin.

Dubbed the “Run Away From Home Tour,” the Esper Records’ showcase is a three-band gig. Although a challenge to book gigs in smaller places for three bands, Northey thinks that it will make for a fun night for everyone. The main goal—besides fun, that is—was to show audiences the good music coming out of Lethbridge. Church garners a faithful following with its crunchy, bluesy rock, while the New Weather Machine heats things up with its progressive rock. Jesse and the Dandelions steers in an indie direction, with infectious, dance-y grooves.

The trio’s debut album The Lion’s Tooth was released last summer and was well received. The band got a mention on Grant Lawrence’s CBC Radio 3 podcast and charted at campus radio stations across the country.

“There were some weeks where in St. Catherines, Ontario, or somewhere far away like that, where we were, like, number two on the charts, next to Arcade Fire or something,” he says. “Just for like a week, but it kind of neat when things like that happen.”

A look at Northey’s recent resume is a strong indicator that these things don’t just happen. He’s working hard at it, learning the business side of things so that his passion for music has an outlet. A student at the University of Lethbridge, making his way to a Bachelor of Music in digital audio arts, a record-label founder and a two-band musician are not the only things that occupy Northey’s time. He’s also delved into sound design and composing for a couple of independent films.

Last year, he was charged with filling up the sonic space of the feature-length film Hoodoo Voodoo, and earlier this year, he created zombie noises and ominous music for the short film The Overture—which, if all goes well, will be made into a full-length zombie-alien movie this summer.

“It’s really interesting to be in charge of an hour-and-a-half length of time to fill up. It allows a lot of creativity with the scenes with music and so I’m really looking forward to doing that again when they’re done shooting,” he explains.

“It gets hard, though. Like with the last one, it was a bit of a badass Western. I felt like there were only so many novelty cowboy riffs that could do. It was like, oh man, I’m only half-an-hour in and I’ve already used up all of my cowboy riffs, I’ve got somebody whistling … what do I do? And it’s just really hard, but it forces you to be creative, because you’re constantly going through the whole thing, and you want to make it exciting, and you kind of feel like the weight of the movie is on your shoulders and if you don’t make the dynamics proper, than people aren’t going to be as interested. So it really pushes you creatively.”

The Esper Records Run Away From Home Tour—with Church, the New Weather Machine, and Jesse and the Dandelions—hits the Grand Central on June 14.