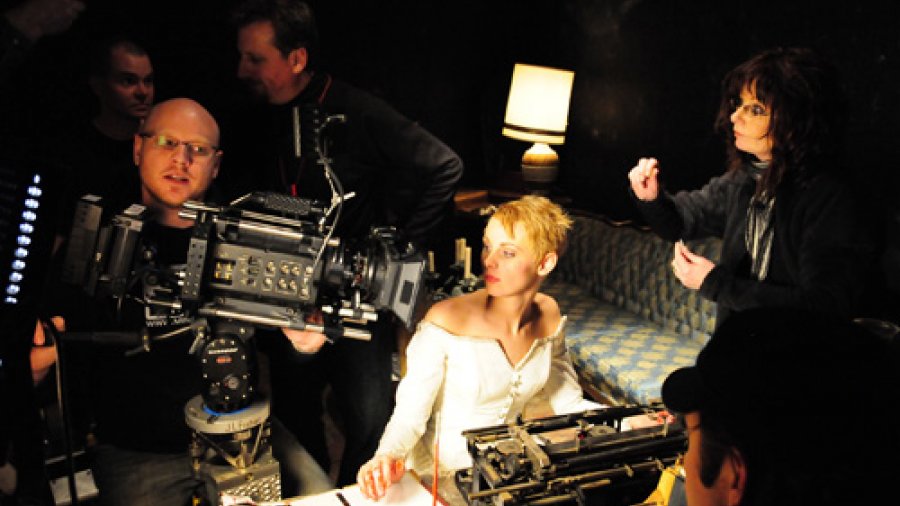 I’ve lived in Fernie full time for the past three and a half years and love the area. I first came here for a two-week holiday in 2003 with my girlfriend and we both fell in love with the place. That trip set off a chain of events and the motions would never have ignited without the help of Butch Coultry who I met on that 2003 trip.

I was born in South Africa and grew up skateboarding along the beach of Durban. I found my passion for being behind the lens at a young age as a Vert skateboarder riding for Zorlac Skateboards touring the country doing demos and competitions. I made skate videos and took photographs of my friends using my old Lieca 35mm and Kodak 8mm film camera and the early VHS records. Wiring two VHS records together and creating edits.

At the age of 18 I worked in Mauritius and created the island’s first ever animated television commercial and remember seeing the Quantel Harry system and was blown away with what you could achieve in visual effects.

I immigrated to the UK at the tender age of 19 and began working as a freelance designer and photo retoucher for some of London’s top advertising and design agencies. My work at Wolff Olins included the launch of the UK’s National Lottery and the design bibles for British Telecom corporate identity. I also corrected and manipulated photos for both national and international marketing campaigns, like Virgin Mobile and the Hollywood blockbuster, Godzilla.

As production and design technology improved, so did my desire to learn. I decided to augment my skill set by creating and developing multimedia products for both Hewlett-Packard and British Telecom while living in Sydney, Australia.

When I returned to London, I founded Ignition, a production company that began by creating event presentations for the BBC’s annual corporate conference and music artists’ launch parties for Sony Music. Ignition went on to build program brand identities for BBC Worldwide’s international sales and completed over 300 commercials for Sony Music, including Mariah Carey, Offspring and Ricky Martin. These ads appeared on major terrestrial and satellite television stations like ITV, Channel 4, MTV and Sky.
My deep passion for image creation and manipulation saw me progress to colour grading and finishing.

I worked as a finishing artist on documentaries for Channel 4 and the BBC, as well as a variety of feature and short films for many of London’s independent filmmakers.

It wasn’t long before I gained more control over the camera itself, and Ignition evolved into Mine Films. I quickly developed my cinematography skills filming music videos and commercials. Always one to innovate, I was lucky enough to be the first in the UK to have the legendary RED 4K Digital Cinema Camera in 2007.

In 2008, I worked on Ron Howard's blockbuster Angels & Demons capturing the fascinating CERN facility in Switzerland. This massive underground, particle accelerator is where scientists are attempting to recreate the big bang and uncover the mysteries of the universe.

As a director, I believe that in-depth knowledge of post-production techniques is invaluable to any project. A calm demeanour ensures productions run smoothly, completed within the deadline and come in on budget. Having an ability to shoot, edit and finish allows immense creative freedom and is the current trend among filmmakers. I also feel I have a distinct directing style and a command of creative lighting that puts me in great standing to carve my own niche in the film world.

I enjoy both directing and DPing, and my hands-on approach make me eager to take on new challenges. Having a variety of experiences and approaching projects with an easy going attitude allows me to be comfortable in both senior positions or getting dirty helping the crew unload the lighting truck. The diversity of working on ad campaigns, creative music videos, corporate presentations and projects and productions of all sizes around the world means I can feel at home wherever and whatever I’m doing.

My plan is to grow my studio and work on my own film projects and have that ultimate lifestyle where I can hide in the mountains of Fernie and be away from the pushing and shoving of the big cities. Fernie is a great place and I’d like to make it home.