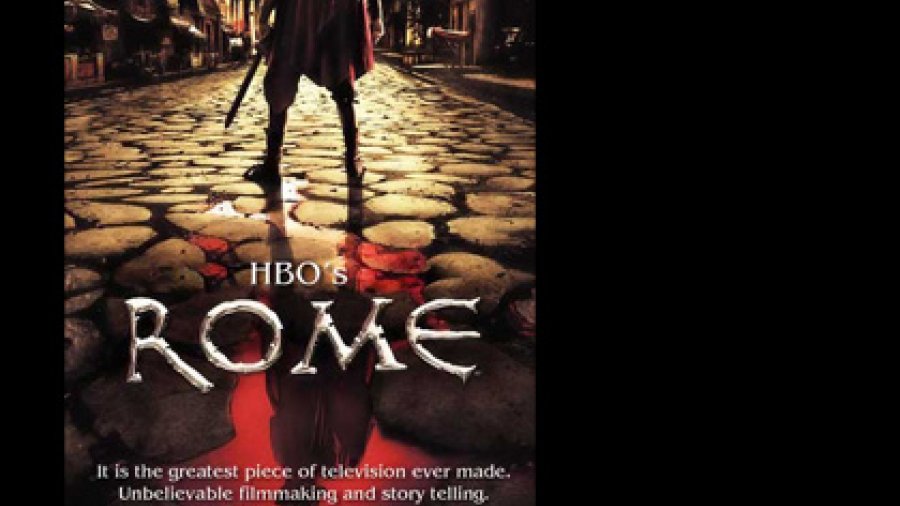 At its height the Roman Empire (Imperium Romanum in Latin) stretched from what is now modern day Britain in the west to present day Turkey, and its neighbours (Syria, Lebanon, Iraq etc.) in the east. It was ruled by an autocratic emperor, backed by (for the time at least) a massively powerful army and had a population of around 50 million people.

Before this period of imperialistic expansionism, Rome was a republic, run by two Consuls who were advised by the Roman senate, a governing body in which women could, under no circumstances participate.

The HBO television series Rome deals with the death of the Roman republic, revolving around Julius Caesar's bloody struggle to eliminate republican institutions and his opponents, and to become dictator; as well as the period after his assassination. This eventually leads after the ascension of Caesar Augustus to the beginnings of imperial Rome.

All of this is observed through the eyes of two individuals, Lucius Vorenus and Titus Pulo, two common men who were soldiers in Caesar's army and who fought for him while he was attempting to conquer Gaul (modern France).

Rome is a truly epic TV show, and while it may not be entirely historically accurate (Pulo and Vorenus are mentioned in The Journals of Julius Caesar, but their adventures are fictional) the creators do their best to create a program that is truly immersive. The viewer feels as if s/he is watching life in ancient Rome, with all its quirks and foibles. Unlike films such as Spartacus, Rome never tries to portray roman civilization as clean and orderly. We see its seedy underbelly, from Rome's gangsters to her corrupt politicians. The series also makes no bones about the fact that Roman society was exceedingly martial and male-centred, and that in order to function it needed to rely on slaves. These two aspects of classical life are dealt with in a very matter-of-fact way.

The acting is superb. Outstanding performances by Kevin McKidd (Made of Honour, Topsy Turvey) and Ray Stephenson (Kill the Irishman, Thor), who play Lucius Vorenus and Titus Pulo definitely make this show worth watching. Other notable actors are Ciran Hinds as Julius Caesar and Lindsay Duncan as Caesar's lover Servilia, with a wonderfully menacing turn given by James Purfoy (Mark Antony).

Unfortunately for dedicated fans, this series was cancelled after only two seasons on the HBO network, and while the show ends in an excellent understated fashion, it is a shame that some of the ideas that would have been incorporated in the next two seasons, including the rise of the Messiah in Palestine will not see the light of day. When news of the cancellation reached Bruno Heller, one of the creators of the series, he was already halfway through writing season two, so he hurriedly crammed about two seasons' worth of information into the final season. Sadly the rebel Jesus does not even get a cameo.

All in all, this series is well-worth seeing. Two thumbs up!