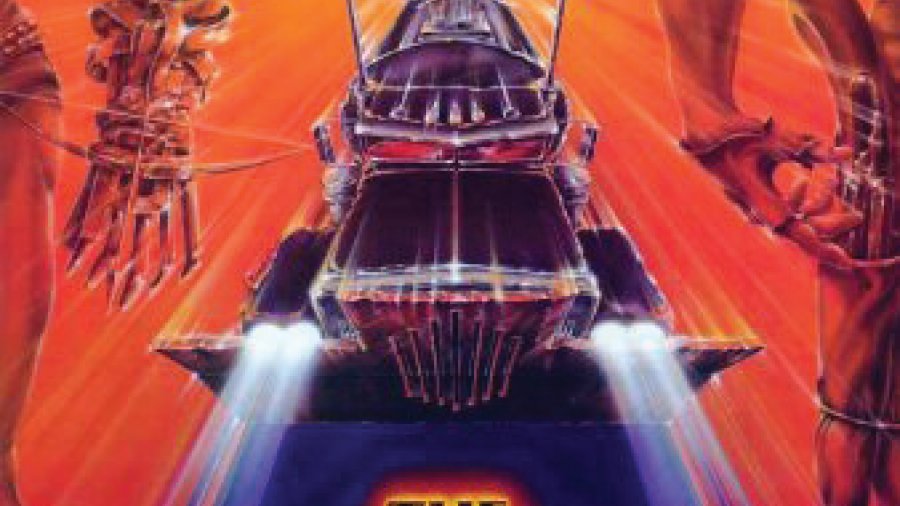 After a stint at the Australian National Institute of Dramatic Arts, Mel Gibson had a few performances in live theatre and starred in several Australian TV shows. His big break came when he was chosen to star in the small budget movie Mad Max (1979). The movie won him a Best Actor award from the Australian Film Institute. He went on to star in Gallipoli (1981), which earned him a second Best Actor award. After his American film debut in The Bounty (1984), he starred in his signature series, Lethal Weapon (1987), which gained him widespread recognition in the American film industry; however, his most famous role was as Sir William Wallace in Braveheart (1995), for which he won Oscars for Best Picture and Best Director.

The original Mad Max was an action film based on the post-apocalyptic collapse of society in a futuristic Australia where gasoline and water are scarce commodities. It tells the story of a vengeful policeman (“Mad” Max Rockatansky) whose wife and child have been murdered by a vicious motorcycle gang, and who becomes embroiled in a feud between the gangs and the few remaining pockets of civilized society. Although Mad Max had mixed reviews initially, it attracted a cult following, earned more than $100 million worldwide and opened up the global market for Australian film.

It was the first, and arguably the weakest, in a series of films that included Mad Max 2: The Road Warrior (1981), Beyond Thunderdome (1985) and Fury Road (2015), all of which were based upon the premise of societal collapse. Noteworthy elements of the films included the widescreen photography of Australia's vast desert landscapes, the bondage gear of the bikers and the fast-paced violent fight and chase scenes.

The Road Warrior takes place several years after Mad Max. Max, now accompanied by a scruffy and adorable dog, remains isolated from the rest of humanity, but bonds with a mechanically talented gyro-captain (played by Bruce Spence), who introduces some humour into what is otherwise a bleak story. Max struggles to protect a colony of survivalist innocents against the predations of the sadistic gang leader Lord Humungus.

The Road Warrior is considered one of the best sequels ever made. Mel Gibson reprises the role of Max, winning a best actor award, and a best supporting actor award was won by Bruce Spence. Gibson also starred in Beyond Thunderdome but relinquished the role to Tom Hardy in Fury Road, which was released in 2015.

The Road Warrior and Fury Road are often considered to be amongst the greatest action films of all time, and there is no doubt that much of the success of the entire series is due to the work of Australian film director, George Miller, who co-wrote and directed all of the films. He briefly considered a computer-generated version of Fury Road but wisely abandoned the idea in favour of live-action. He hired Tom Hardy, Charlize Theron and Nicholas Hoult to star in the movie, which won six academy awards and grossed over $378 million worldwide, making it the highest grossing film in the Mad Max franchise.

Two thumbs up for The Road Warrior.