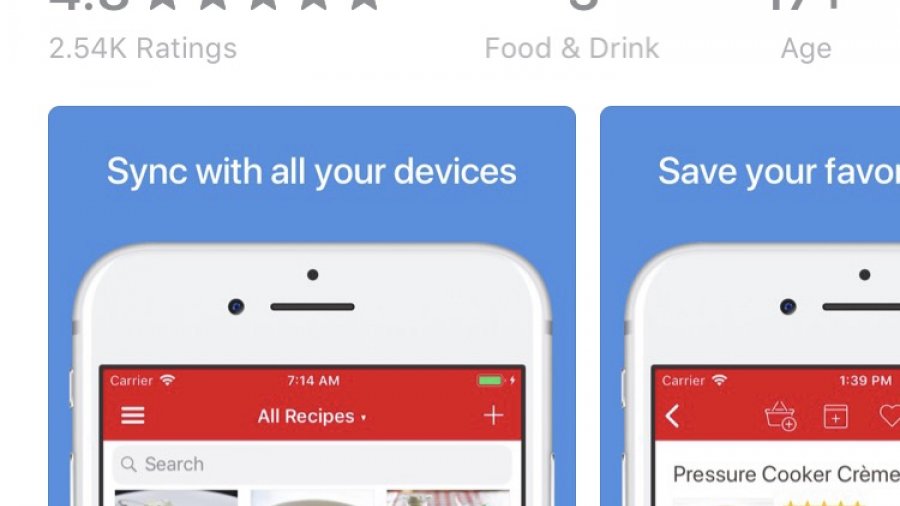 Way back in 2008, I wrote a column for the Fernie Fix on finding recipes online. I wrote about Epicurious, Foodnetwork.com, and Allrecipes.com, all of which are still extremely popular. I made mention of a couple of recipe programs for your computer, but the thrust of the column was on finding recipes.

Quite a bit has changed since 2008. Finding recipes online has become the norm. For me, the difference has been that I’m no longer looking just to find a recipe. If it’s good I want to keep it. I used to bookmark the good ones with Del.icio. us, but that website died years ago. So, these days I like to capture them and keep them on my computer. I especially like to do this with recipes that I modify.

For example, I’ve discovered that for a lot of chemically leavened baking (i.e. baking that uses baking powder and/or baking soda) I have to use about 20% less than called for in the recipe because Fernie is over 1000m. Are your cookies coming out of the oven puffy and magical and then falling flat while they cool? This is why. And once I have done this, I modify the recipe, so I don’t have to keep remembering to reduce the amount.

I am a cookbook nut. I gave away 100 last year and still have, well, a lot. And part of the reason I have started giving them away is I’m finally storing most of my recipes on my computer. I’m keeping all the cookbooks I’ve collected while travelling as the recipes are often unique to a region and difficult to find online but many of my formerly go-to cookbooks are gathering dust these days.
For a long time I used Evernote as a freeform recipe storage database, but I’ve been moving everything to Paprika. It’s a purpose-built program that has one killer feature - it lets you browse the internet and when you see a recipe you like, you hit the [Download] button and it grabs the recipe and stores in Paprika. With ingredients, photos, instructions, and nutritional information all organized and stored. It’s almost magical.

Paprika comes with hundreds of pre-configured sites, everything from recipe sites like Allrecipes and BBC Food, to food blogs like Smitten Kitchen and Yoga Journal, but honestly, I haven’t found one yet it can’t automagically grab from.

Any recipe you grab can be edited and notes can be stored. Ingredient units can be easily converted between metric and standard. Ingredient amounts can be automatically scaled up or down. It has timers built-in that recognize times in the instructions, so you can click on it and have it create a timer for that section. It lets you create meal plans, pantry, and shopping lists (features I don’t personally use as I prefer to wander the grocery store for an hour trying to remember what I came for).

Of course, you can add your recipes as well. And it lets you easily email recipes to, and receive recipes via email from, your friends.

There is a free version so you can try it out in advance. It’s limited to 50 recipes and doesn’t support syncing across devices, but it is otherwise the same as the paid version. The paid version is not cheap. It costs $7 on the app store for IOS. It’s a universal app so you only have to buy it once and then load it on your iPhone and iPad. It’s also available for Android. It costs $30 USD for Windows, which is steep, but also about the price of one cookbook. Having the app on all your devices and the paid version means your recipes will synchronize across all of them. Find something interesting on your phone? Save it and have it display on your iPad while you’re cooking it later. That’s handy.

The interface is clean and well laid out, but I did have to read through some sections of the help as it didn’t behave entirely the way I expected. That’s probably more to do with me than the software.
So, if you’re ready to move up to 1985 in recipe management and stop using that old card file system you got from your mother, check out Paprika.

In:
Art and Entertainment
Tags:
technology, Fernie BC