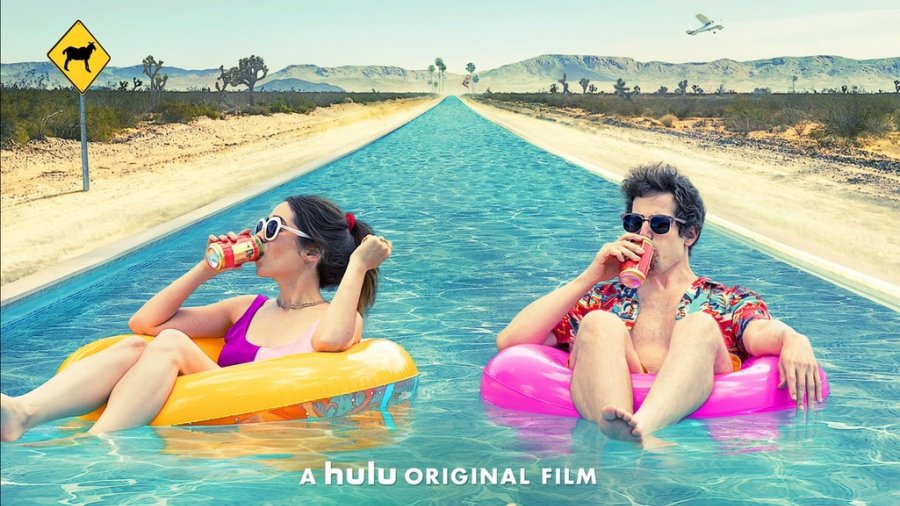 In 1993, Groundhog Day was released. It was the heartwarming tale of a supremely arrogant Pittsburg weatherman who, after getting stuck in a time loop and enduring a small town’s annual Groundhog Day celebration over and over again, earns the love of a good woman and redeems himself. The film has become a cult classic, so it is no surprise that other filmmakers have taken its basic plot and built their own movies around the theme.

Palm Springs is a film that owes a lot to Groundhog Day. It has the same basic story, but with a somewhat darker, more raunchy 21st century take on the material.

It is directed by Max Barbakow, a writer and director who is clearly very talented, but has very few credits to his name. His previous efforts include The Duke: Based on the Memoir ‘I’m the Duke’ by J.P. Duke (2016), a comedy drama co-written by Andy Siara, about a concussion addled ex-NFL star struggling to adjust to life off the field during Super Bowl Sunday. Palm Springs, his narrative feature debut, premiered at the 2020 Sundance Film Festival where it was acquired by NEON and Hulu for the price of $22 million, the biggest single-film acquisition ever out of the Festival.

The story of Palm Springs centers around the adventures of Sarah, a reluctant maid of honour and carefree Nyles. They are a pair of slackers who get stuck in a time loop during a Palm Springs wedding. They struggle against otherworldly forces, which hilariously highlight the character flaws which make them unable to escape the venue until they can better themselves. It’s Groundhog Day mixed with When Harry Met Sally. It deals with relationships, the meaning of existence and the psychological toll that reliving the same day over and over would take on a human being.

The screenplay has been cleverly concocted by Andy Siara. The script is hilarious and really makes you care about these two directionless millennials who are trying to make their way in a universe that has stopped making sense.

This is a good movie. The leads are wonderful, and the themes are tackled in a way that is dramatically interesting. Sarah is played by Cristin Milioti, an actress known for her stage performances, winning her awards for roles in Stunning (2010) and Once (2011-2013). She has also appeared in films such as The Wolf of Wall Street and the television series A to Z and FX’s Fargo.

Nyles is played by Andy Samberg, a member of the comedy music group The Lonely Island, and a cast member on Saturday Night Live (2005-2012). He has had minor roles in a number of films dating from 2007 to 2016, and he was awarded a Golden Globe Award for Best Actor in a Television Comedy Series in 2013.
Palm Springs also features a deranged villain, played by the incredible, and very frightening, J.K. Simmons, a character not seen in the original Groundhog Day. He is a welcome addition to a film well worth viewing and available now for free on Amazon Prime.

I give this movie a very energetic and enthusiastic two thumbs up.