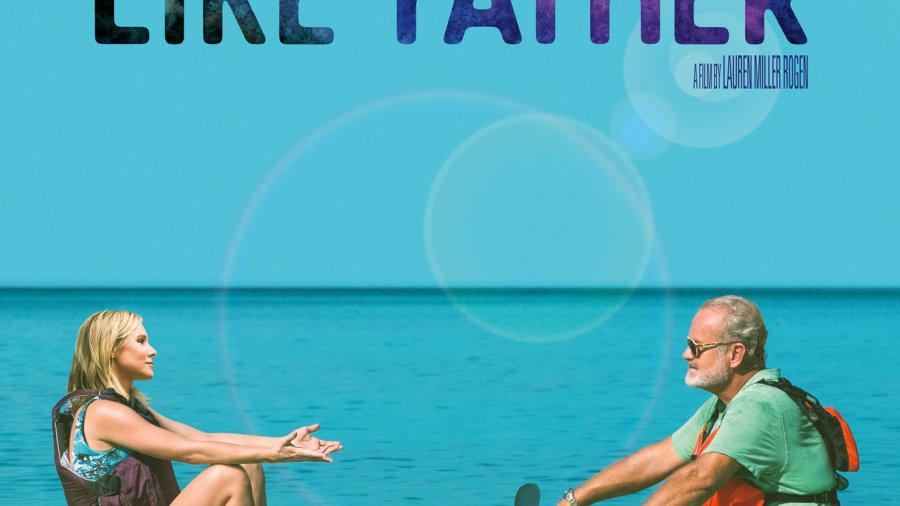 Netflix has produced some remarkable films over the years. This month I would like to celebrate their incredible artistic output by providing a list of my top five favourite films produced by the streaming service

Beasts of No Nation
Beasts of No Nation tells the powerful and heart-rending story of a child soldier struggling to survive in an African militia run by a cruel warlord played by Idris Elba. Directed by True Detective creator Cary Fukunaga, this is an excellent film, and both Idris Elba and the movie’s young star, Abraham Atta, give great performances.

Like Father
Starring Kelsey Grammer and Kristen Bell, and directed by Seth Rogen’s wife Lauren Miller- Rogen, Like Father tells the story of Rachel (Kristen Bell) a high-powered advertising executive who attempts to reconnect with her father (Kelsey Grammer) on a cruise after twenty-six years of estrangement. This is a pleasantly inoffensive little film, and it’s a decent first effort from Miller-Rogen. Like Father is a Netflix Gem and is absolutely worth checking out.

Alex Strangelove
Alex Strangelove follows the trials and tribulations of Alex Truelove (Daniel Doheny), a marine biology-loving nerd, as he struggles with relationships, school, and his own sexual confusion. This is a delightfully quirky little movie which deals with the issues around sexual self-discovery in a remarkably intelligent way. The film is absolutely worth looking into. Two thumbs way, way up. You will not be disappointed.

War Machine
Based on the rise and fall of General Stanley McChrystal, War Machine tells the wholly depressing tale of general Glenn McMahon (Brad Pitt), an extremely dim military officer with extremely good intentions. The film follows McMahon as he engages in the thankless task of trying to clean up the mess George Bush Jr. created in Afghanistan when he decided to greenlight the invasion of that country in 2001. Darkly funny and incredibly sad, the movie is definitely a must-see.

Mascots
Mascots is yet another funny mockumentary from the brilliant mind of Christopher Guest, the creator of other comedic gems such as A Mighty Wind and Best in Show. As with his previous mockumentaries, Mascots deals with a subculture that mainstream America seems heartily uninterested in exploring. This time around, Guest tackles the world of sports mascots, or more specifically, the people who play sports mascots who are competing to be recognized as the top mascot in the world. Featuring the comic stylings of Zach Woods (Silicon Valley), Chris O’Dowd (The I.T. Crowd, Bride’s Maids), John Michael Higgins (Pitch Perfect), Jane Lynch (Glee, Wreck It Ralph, Paul), Parker Posey (Super Man Returns, Lost in Space) Ed Begley Jr. (Arrested Development, Better Call Saul, Grace and Frankie) and many, many, more, Mascots is absolutely hilarious and completely absurd. Two thumbs up for this wonderful film from one of the great masters of American comedy. Check out this stupendously goofy romp. I can say with absolute certainty, you will not be disappointed in any way.

In:
Art and Entertainment
Tags:
movies, Netflix, Fernie BC