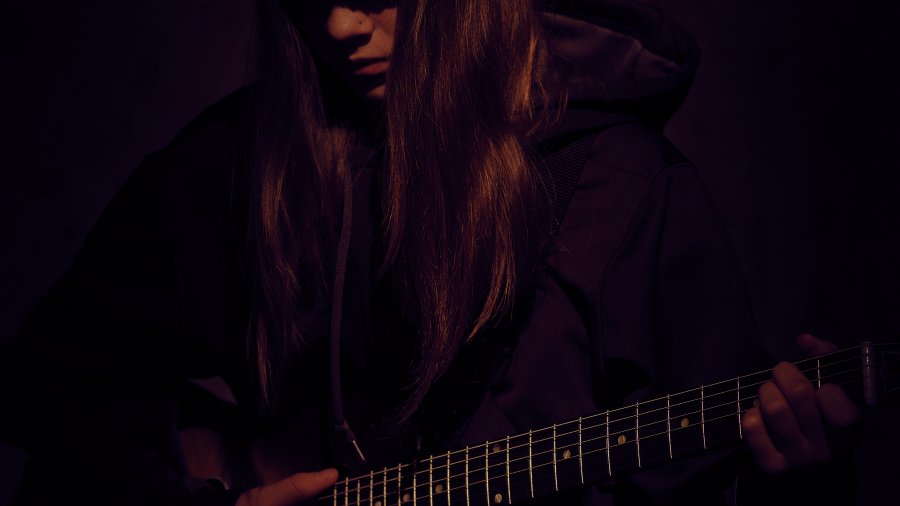 I have always listened to music because my mum and dad play it all the time, but what really got me into it was going to shows. Our family regularly went to music festivals and when I was three, my parents took me to a festival in Wales called Green Man. I was immersed in music all day every day, and while I can’t remember much in the way of specifics, I remember being there and seeing lots of people and hearing lots of music.

When we moved to Canada in 2012, my parents continued playing music and I was drawn to The Flaming Lips and learned all of the words to all of their songs. In 2017, I got to see them in Spokane with my older brother, his friend Sam and my dad.

It was at that show that made me decide to learn more about music. Soon after that I got my first guitar, learning to play a staple few chords and began going to singing lessons with Rachel Behan. I really enjoyed singing and even though the performing part was a bit scary, enjoyed being on stage with other people.

I had another opportunity to go see The Flaming Lips with my friend Laurali in Missoula, MT and had another great experience. Known for their flamboyant shows and audiences, I wore a parrot costume and spent the entire show at the front row. To my surprise, I was given tickets to go see them in Calgary again the next week!

At the Calgary show I wrote a letter and gave it to the tour bus driver who took it on the bus. Just before the show I shouted “Wayne Coyne” as he was going on stage and he saw me and recognized the parrot costume from previous shows! He came over and we talked with him and he got my dad’s number then went to look for the letter. When he found it, to our surprise he texted a picture of him with it, then during the show I was lucky enough to sing a bit of “Space Oddity” with him when he was in his bubble.

I kept in touch with him and while learning guitar with Ryan Mildenberger, Wayne would send me songs to learn and we would exchange ideas with Wayne coaching me along the way.
I got involved in more music locally and did some busking in town and was lucky enough to play with Keith Greninger at a benefit for Troy Cook at the Northern. I was very nervous to go on stage but once I started playing, the nerves disappeared.

I started writing my own songs and would send them to Wayne. He would work on them, and send them back with a Flaming Lips twist. It was really fun to hear the songs after they had added parts to them.
The plan was to go to Oklahoma City to Wayne’s studio to record some but then… COVID!

Wayne suggested I try to play and record a Nick Cave song called “Into My Arms” so I gave it a try and it went really well and he suggested I keep going and choose another song, by the end of September 2020 nine Nick Cave songs had been recorded, produced by The Flaming lips and mixed and mastered by Dave Fridmann. It was hard to complete the last two or three songs and I really didn’t think I could do it because he sings so deep, but Rachel Behan helped me work it out so I could sing them easier which was really helpful.

The result was the album Where the Viaduct Looms, which is now ready for release and one single, “Girl in Amber” has been released with a video on YouTube that was produced in Fernie with the usual support of local go getters. The video was shot by Alex Hanson of Hipgnosis Media.

It’s been a year and a half since the project commenced and it has really helped me to decide that I want to be a musician.

I just got back from a trip to Oklahoma City to record three videos for songs on the album. The Lips work really fast and all three videos were shot in one afternoon at The Criterion.

It was super fun and also scary, but Wayne and the rest of the band helped me feel confident that I could do it. We also went to some shows and spent time backstage seeing all the stuff that goes on. I am not exactly sure what the next steps are going to be, but there is some kind of a plan to do some shows with them and also another plan to try and get a band together to perform some shows without them, too. It might take a bit of time to work all of that stuff out.

When it comes to fear, I feel it all the time but I’ve learned that when people have confidence in you and encourage you it’s maybe because they know you can do it more than you do yourself, so it’s good to give it a try even if you might fail.