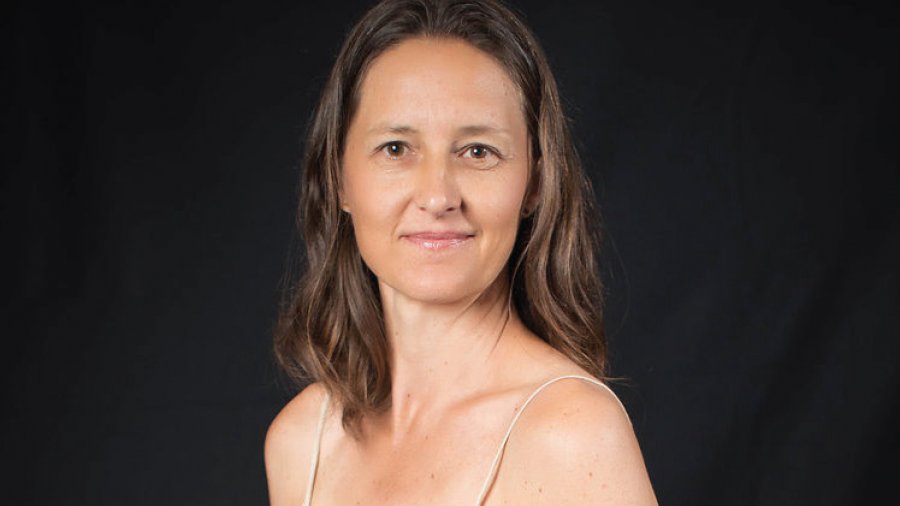 I grew up in a family of musicians. My grandfather was a famous accordionist, composer and arranger in Belgium. I started musical studies in Southern France when I was eight and the music of Peter Deunov was part of my everyday life. One day I saw a friend play the violin and told my parents that this was what I wanted to do and started playing under the supervision of Mr Petit. He was passionate about music and even now, when I teach my students, I feel this passion still alive within me. I went to a music conservatory for two years and practiced every morning before going to school. Soon, my instructor told my parents that they needed to find another teacher because he felt that I was too gifted. They found me a private teacher and he built my technic and taught me the fundamentals of music. At the age of 11, I practiced five hours a day. By the time I was 13 I was home-schooled because of the intense practice schedule. My studies led me to Toulon and Marseille (France), Brussels (Belgium) where I finished high school in a specialised school with emphasis in music education. Afterwards I went to Boston, MA where I graduated in 1998 from the New England Conservatory of Music. Circumstances led me to Jaffray where I made a bunch of friends, played a lot of music, recorded many cd’s and played in many concerts. Thanks to the holistic vision of the founder of the I.D.E.A.L Society these days were filled with singing, cooking, arts, mythology, philosophy, theatre, education, health and nutrition, apiculture, gardening, and other activities that were inspiring and uplifting.

In 2003, I started teaching violin in Jaffray with students coming from Cranbrook, Kimberley, Fernie, and Sparwood. I had never thought of teaching but soon discovered a love for it. As my students progressed, I brought them to the East Kootenay Performing Arts Festival, prepared them for the RCM exams and the Symphony of the Kootenays auditions. I founded the East Kootenay Strings with Anita Douglas (now the East Kootenay Ensemble), an ensemble made out of mostly students. They participated in many concerts with the Vera Choir and this gave them the chance to become better musicians. I recently began working with the ensemble again with students from Fernie, Jaffray, and Cranbrook and they were chosen by the string adjudicator to play in the Festival Showcase last March. I was so happy to see them up there. I love to see a group come together like this. Ensemble playing teaches students to be part of a team. It explores team bonding, listening skills, support, good communication, it is goal oriented, teaches respect, reliability, and it is highly motivational. Among other things, I have volunteered teaching choir at the Jaffray School for four years, and at the Fernie Academy for a few months. I participated as well in the creation of the summer camp programs at I.D.E.A.L. In 2011, my husband and I started the Judo Summer Camp and the Summer School of Music that later became the Violin/Ukulele Musical Adventure Camp.

What I am really excited about is the recordings I’ve been working on the past two years. Sounds of the Kootenays is inspired by many people and places especially the Kootenay region but also Hawaii. The music has instrumental classical with folklore tones. Some tracks are playful and others calm and serene. My son Keakua says, ‘‘some pieces make me want to dance and feel happy, while other pieces are calm and slow and make me want to think of all the nice moments I’ve had.’’ This music is definitely inspired by the beauty of nature found in the Kootenay region, this incredible place that my family and I chose to make our home. I also worked on another CD, Paneurhythmy by Peter Deunov for violin solo which came out last January and a third album that should come out before next summer called Tribute to Peter Deunov.

Music is a universal language that speaks straight to the heart. It is my hope that this music will inspire you and bring you joy. When I was young, I wished to play music so that people would be profoundly transformed inwardly; those that were unhappy would become happy, and those that needed support would find it. Today my wish is to share what I have to offer with our community, either through live music at concerts, weddings or other events or through these recordings. I also love to share music with my students, inspire them, see them flourish and progress and I really love the music summer camps. I love to see the kids lie on their backs after judo practice and relax to the sound of the violin mixed with the sounds of nature. I hope my students will also get involved and share their music with our community. I also plan to continue composing and I would love to get my students to be part of the recording process in the new pieces to come.

Sound of the Kootenays can be found at Polar Peek Books and is available online as downloads or CD purchase at store.cdbaby.com/cd/nadialogist. You can listen to tracks either on CD Baby or at nadialogistmusic.com.