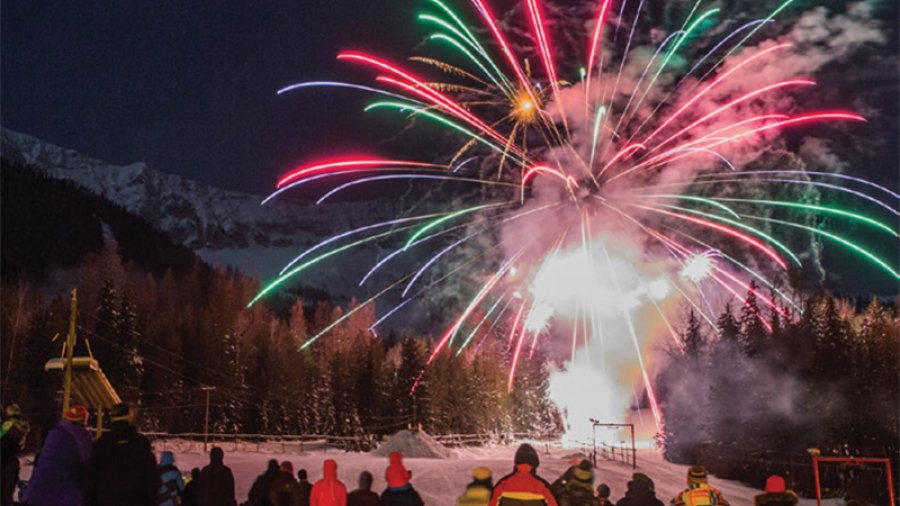 Music is the way that we count our memories. Certain songs remind us of “that time when…” Some songs reminisce about love. Some songs encourage us to truly live. And others remind us to be kinder to one another. The ringing in of a new year has a similar effect. It’s the time of year when we recount our last 365 days circling the sun: our friends, our family, our triumphs and sorrows. It’s the time when we concoct ways to live better. Remember, reminisce and renew.

Auld Lang Syne is really the New Year’s song. In spite of its popularity, it has been described as “the song that nobody knows.” It’s the familiar tune many of us bumble our way through after we’ve blown our noisemakers and tipped a glass of champagne back. “Should auld acquaintance be forgot, na-na-na-na-na-naaaa!”

The people who can pull out random facts and delight a cocktail party may already know enough about this old Scottish song, but for the rest of us, here are some interesting tidbits about one of the world’s most famous tunes. does it all mean?

Auld Lang Syne roughly translates to “for the sake of old times.” Or more literally to “old long since.” The song exhorts its listeners to cherish old friends and old times – over a drink, of course. It is also a toast to the year ahead, to health and good will. ill the real Robbie Burns please stand up?

Although attributed to the Scottish poet, Auld Lang Syne wasn’t, in fact, totally written by Robbie Burns. Instead, Burns had the foresight to record history and be the first to write the traditional folk song down. In the very late 1700s, he sent the song to the Scots Musical Museum, a major publication that had a key role in preserving the traditional music of Scotland. In a letter to the Museum, Burns said, “…the following song – the old song of the olden times, and which has never been in print, nor even in manuscript, until I took it down from an old man's singing…” According to historians, the version of the song he sent seems to be an amalgamation of much older verses and Burns’ own. key to teach the world to sing in perfect harmony

Auld Lang Syne is shared in many countries, especially English-speaking ones, in bidding farewell to the old year. But the song also has an immense history outside of both the New Year’s tradition and the English-speaking world. It has been translated into many other languages, including a northern Danish dialect, Maldivian, Dutch, Thai and Japanese. In South Korea, the song is known as Jakpyeol” (“Farewell”), and the melody was used as the country’s national anthem from 1918-1943. Around the world, the song is sung for many different occasions, like funerals, farewells, graduations, and, of course, on Robbie Burns Day. much better than the original

Although it’s difficult to get historians and musicologists to agree, it is thought that the tune Burns originally heard is different from the tune we sing today. Auld Lang Syne is also set to another melody – which is reportedly more traditional. Some say it is the version played in the 2008 Sex and the City movie, where Carrie is rushing over to the lonely Miranda’s, trying to get to her apartment before midnight on New Year’s Eve. (Yes, I did just talk about Robbie Burns and Sex and the City in the same paragraph.) This version is achingly beautiful.

Beyond Auld Lang Syne, there are other songs that might be right for a New Year’s playlist. This isn’t an exhaustive list, but here are some tunes that embrace the remembrance, reminiscing and renewal of a new year. Happy New Year, everyone! Play safe, and thanks for reading!