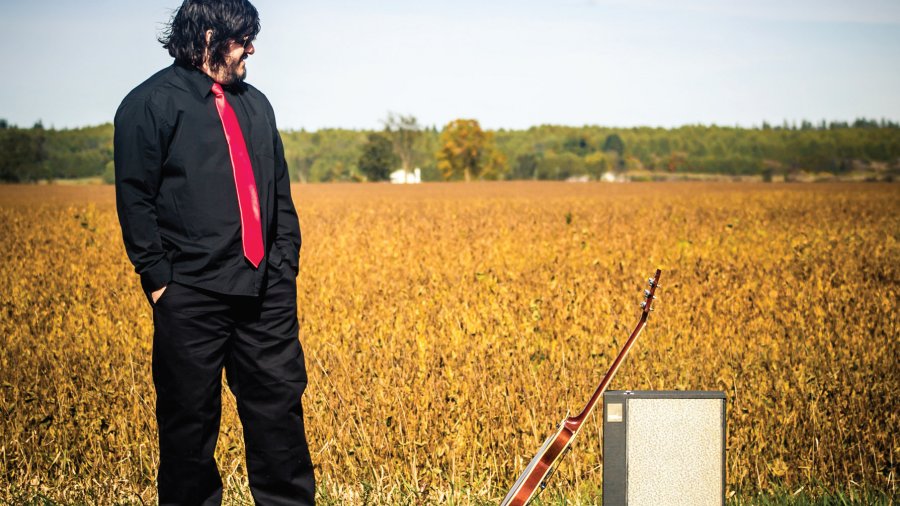 If it takes courage to create art, to dig into the depths, actively turn off the internal editor, it takes the biggest kind of bravery to put that art out there, to show the everyone how your singular brain processes the world. I don’t know if Ontario singer-songwriter Jamie Clark thought exactly this when he decided write and record under the name Myrle. But aside from needing a Google-able name that didn’t bring up a whole host of others, he chose the name for his grandfather Myrle, who displayed another kind of bravery as a part of the WWII sniper unit made famous by Quentin Tarantino’s Inglorious Bastards. (Brad Pitt even wore grandfather Myrle’s uniform.) So, as they might say, the even the brave apple doesn’t fall too far from the tree.

Clark’s music is intimate and his voice is raw. He’s the kind of musician you could picture playing in a movie scene of a whisky-soaked bar, full of lost souls wearing scuffed jeans and boots. It’s a little bit country, a little bit rock ‘n’ roll.

As Myrle, Clark started out as a lone wolf, writing and recording songs, and releasing two albums – a self-titled debut and A Dozen Hearts – before slowly putting together a band. In an old interview, he says that he’s happy as a solo artist, but he would put together a band if he found the right musicians to play with.

“I don’t even remember that,” he laughs. “But I would have said that. So, initially, when I first started out, if you listen to my first record, it’s pretty – it’s almost melancholy. It’s slow; it’s very singer-songwriter-y. That was just my headspace. I was just going to go out with an acoustic guitar and I was going to have full band representation on the record of these songs.”

When it came to do a release for A Dozen Hearts, he had the backup of Ron Hawkins’ the Do-Good Assassins, minus Hawkins’ bass player. Clark invited a bass player he’d met and Brandon Munday had all the right stuff.

“He’s a stellar bass player and I said to my other half, ‘This guy’s almost too good. I should almost go find a drummer. He’s into the tunes and he’s just fantastic. He’s the whole package,’” Clark explains. “Then I met a drummer [Michael Burke] who was perfect and fit in with us great. Like, we became really close friends right away. And we became a three-piece, and then I was hiring out that fourth member if I needed it and eventually we found a guy and he [Brian Hawley] became the fourth.”

The fully realized Myrle released Hi-Lo – a three-song 45 record late last year, recorded at the venerable Union Sound studios in Toronto with Ron Hawkins (Lowest of the Low, the Do-Good Assassins). It features album art by Clark’s good friend Jason Beam, who also did Myrle’s first two albums, which not only means that there is continuity between each of the album covers, but it also means it gives Myrle’s music another dimension: it just suits the recordings it cloaks.

“He does all of my stuff, including any photographs I send,” Clark says. “Everybody asks, ‘What are you going to do for your next album?’, and I’m like, ‘I dunno, whatever he decides!’ Don’t tell an artist how to be an artist.

“He of course knows me really well and he wouldn’t do anything … he is trying to represent me,” he adds. “So when you say it represents me, you’re right. Because he’s drawing to me, but not with any restrictions from me, if that makes any sense.”

Myrle is embarking on an ambitious tour of Western Canada, but Clark will be flying solo for it. Although the band is starting to save for a full-band tour, right now we’ll have Clark and his voice all to ourselves.