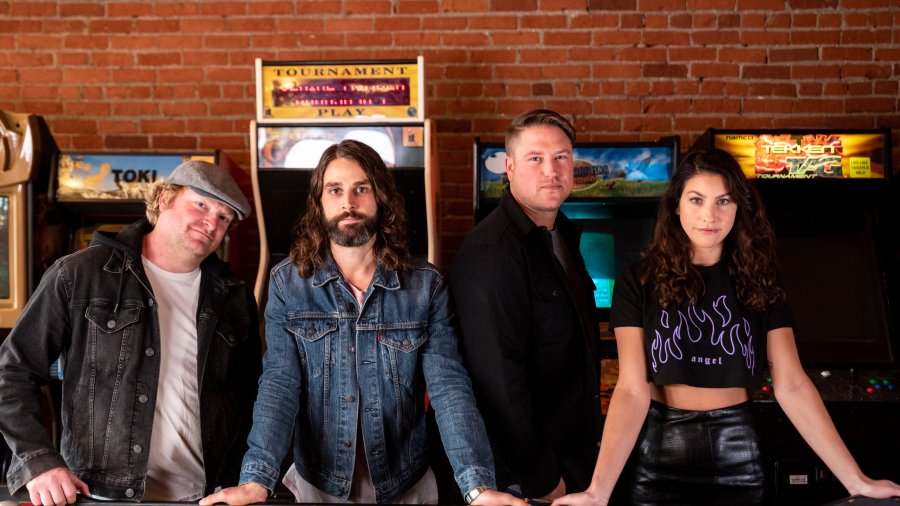 Did you know that our little town Fernie has an impressive rock ‘n roll legacy? The guitarist from Rush, Alex Lifeson (considered to be one of greatest guitarists of all time), was born right here in Fernie in 1953. Let me introduce you to us, we are called Mount Rushka and we are committed to continuing the legacy of a serious rock n’ roll group also born in Fernie.

With another ‘hat tip’ to Mount Rushmore, Mount Rushka celebrates the forefathers of Rock that came before us. Rock ‘n Roll was originally created from a blend of Blues and Country. Now in 2022, we have decades of the Rock era to draw inspiration from.

So, like the original forefathers, our sound gets a solid dose of Blues and Country.

With all of us growing up in the 90’s, we were fortunate to have front row tickets to the Grunge and Alternative Rock movement. Our parents lived through the glory days of 60’s, 70’s, and 80’s Stadium Rock and Pop and incorporated it into our upbringing. The artists of those eras are the Mount Rushka forefathers. They inspire our music and allow us the ability to keep every song sounding fresh.

The Kootenay roots of Mount Rushka are deeply ingrained in both the name and members.

Adam Laurin, vocals and rhythm, is a community fixture. Sometimes referred to as the “Voice of Fernie.” Well known for his snowboard/skateboard shop, Commit, and Fernie’s “number 2 band” The Runs.

Will Ripley, our guitarist, has been playing music in Fernie between stints in Los Angeles, Vancouver and Calgary, touring with established, billboard charting groups, and reaching millions of people with his online guitar lessons.

Alanna Laurin, on bass and vocals is co-owner of the popular salon, Society Jane, and was a member of Fernie bands The Runs and Country Smokes (who toured with Shred Kelly).

Aaron Wrench, our powerhouse drummer, has our valley’s coal in his blood as he’s a mechanic at Teck. He’s also a music school graduate with a major in Drum Performance. This is where he crossed paths with Will back in 2004 at the Berklee affiliated music college in Nelson, BC.

Mount Rushka started with a jam session with our vocalist Adam and our guitarist Will in 2020 - These two hit it off musically from the get-go and have poured out 14 original songs that have now shook several Fernie stages (notably Wapiti Music Fest ‘22).

So, can a new Rock band survive and thrive from within the walls of the Elk Valley? So far, we’ve been able to book shows completely based on event organizers’ trust. The support here in Fernie has been amazing. It is however humbling to see the long road ahead of us to get our music beyond our small valley and to reach its worldwide potential.

October 22 marks a significant day for Mount Rushka. We’re releasing our first single called “Moonlight” to all the music streaming platforms. In addition, The Northern Bar & Stage is set to host our “Single Release Party” that Saturday night (Oct. 22), starting at 10pm. Tickets will be $10 at the door. We expect this to be a sold-out show, so we encourage everyone to head to Commit and buy tickets before the event to make sure you don’t miss one heck of a rock show!

For more information check out mountrushka.band.