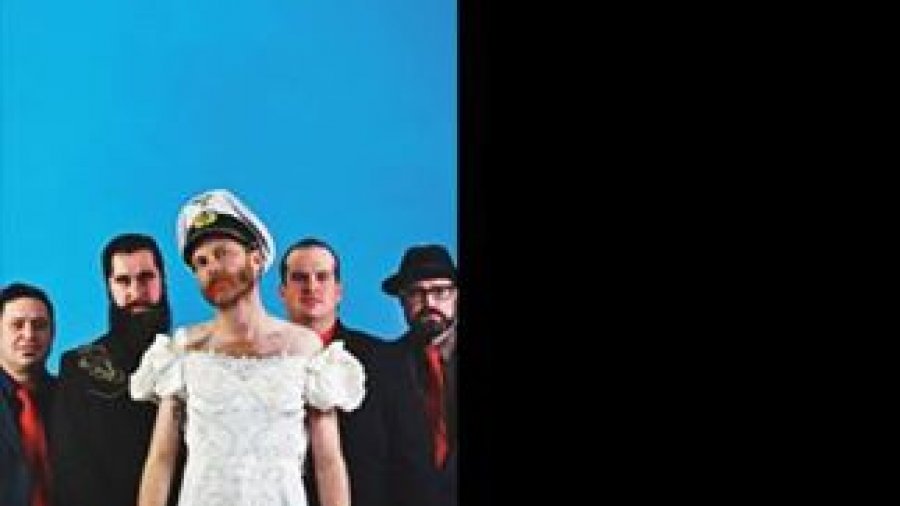 When Cowpuncher hits the stage in Fernie this month, there won’t be a dry armpit in the place, and the hillbillies will be alive with the sound of rock ‘n’ roll. With a leadman who broke his ribs performing at the Canadian Country Music Awards and a guitarist who has a penchant for getting almost naked, bombastic is part of the Calgary quintet’s DNA.

With a shiny new album – Ghost Notes came out late last month – talk about Cowpuncher has centred mostly on the band’s sonic change in direction: a little less country and a lot more rock ‘n’ roll. If you’ve caught the band over the last couple of years at one of its fairly frequent Fernie shows, the difference won’t be stark. But with albums being snapshots in time of a band’s sound, this third album carries a little less twang than 2011’s Call Me When You’re Single (which was recorded at Coleman’s Blackbird Café).

Since the release of that album, Cowpuncher has pared down from a seven- to five-piece – the affectionately called “Commando Unit” – and with that the band is more cohesive and more directed. There is a push to get more radio play and a push to have more road time.

“For some reason the great Canadian cross-Canada tour has eluded us and our first record took us around the block, and the second record took us to Toronto and back, but we want to really be a road band and we’re inching closer and closer to that all of the time,” founder, guitarist and lead vocalist Matt Olah says. “We could be comfortable here playing in Calgary and be a regional band or whatever, but we really want to push our comfort zone and try our songs out on new audiences all the time, so we do want to be that road band.”

Cowpuncher – rounded out by the sometimes semi-naked Ryan Kelly, Jeff Sulima, Scott Martin and Harley Hoeft – very recently won Best Performance at Calgary’s 2013 Beer Core Awards, so it certainly has the stage chops to woo fans from Victoria to St. John’s. And with its new album, the band can leave behind its number – and that would be number one at U of C’s radio station as of press time.

Recorded in some more interesting places – Nanton’s Masonic Hall and some warehouses in Calgary – Ghost Notes once again uses Robbie Josh Gwilliam and his mobile recording truck. Also like with its second album, the band tried to record live off the floor, but decided they wanted something a little less raw. Production wise, Cowpuncher was looking for something a little more radio friendly.

Ghost Notes certainly has clarity and a sense of confidence that you may not have realized were even missing from Cowpuncher’s second album. Bringing in a slew of influences – from rockabilly to art punk to bluegrass – the band has grown into itself, grown away from its countrified sound to something that identifies more as rock ‘n’ roll. But then, what is country but rock ‘n’ roll with a little twang?

“I don’t know if it was a conscious decision,” Olah says. “It was more how we’ve been writing and how we just let go of what we thought our band was and just let it go where it needed to be.”

Cowpuncher has found its groove, just like a good relationship. As band life is often compared to marriage, I asked Olah how he knew this band was “the one”?
“It’s just a matter of who keeps coming back, really,” he says. “It took me a long time to find this lineup. I kind of had a vision for this band years ago, and it took a long time to get it off the ground, and once I finally had this lineup … I mean, we do have our squabbles and our low times, but everyone keeps coming back, so I guess that’s what makes it ‘the wife’.”
Cowpuncher performs on December 21 at the Northern Bar & Stage.