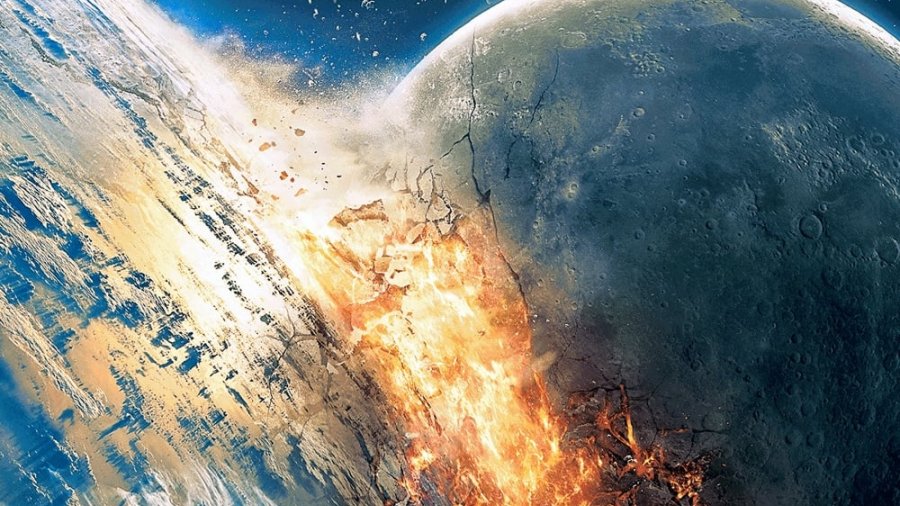 The moon is Earth’s only satellite. At about one-quarter the diameter of the Earth, it lacks any significant atmosphere, hydrosphere, or magnetic field, and has a surface gravity about one-sixth that of Earth’s. It orbits the Earth at an average distance of 384,400 km and its gravitational influence is the main driver of the Earth’s tides. During each synodic period of 29.5 days, the visible surface illuminated by the Sun varies, resulting in the lunar phases that form the basis for the months of the lunar calendar.

The moon has had a significant cultural importance on most of the Earth’s civilizations, so imagine what would happen if some mysterious force knocked the moon out of its orbit. Moonfall depicts such an event.

The movie is directed by Roland Emmerich, Harald Kloser and Spenser Cohen, three writers/directors who have specialized in special effects-driven action movies. Spenser Cohen was screenwriter for the Netflix science fiction extravaganza Extinction (2018) and more recently Distant (2022), a film which depicts the trials of an asteroid miner who crash-lands on a harsh alien planet. Harald Kloser is a composer and writer, known for Alien vs. Predator (2004), The Day After Tomorrow (2004), and 2012 (2009), Roland Emmerich directed his first feature, The Noah’s Ark Principle (1984), while still enrolled in the Munich film school. The film was a huge success and opened the 1984 Berlin Film Festival. With his flair for special effects, he set up shop in blockbuster-hungry 1990s Hollywood. In his Hollywood debut he directed Jean-Claude Van Damme in the cyborg action fest Universal Soldier (1992) and followed this with Stargate (1994). In 1996 he claimed blockbuster status with Independence Day, followed by lesser success with Godzilla (1998), The Patriot (2000) and The Day After Tomorrow (2004).

This space romp stars Patrick Wilson, Halle Berry, and the wonderful, talented John Bradley, most famous at this point for his role as Samwell Tarly in the epic HBO fantasy series Game of Thrones. Bradley
is absolutely hilarious as an internet conspiracy theorist, the film’s comic relief and undoubtedly the best part of this film.

Patrick Wilson began his career starring in Broadway musicals winning two Tony Award nominations. On television he co-starred in the HBO miniseries Angels in America (2003), for which he was nominated for both a Golden Globe Award and a Primetime Emmy Award. He has also appeared in films such as The Phantom of the Opera (2004), Watchmen (2009), and as demonologist Ed Warren in The Conjuring Universe (2013–present). In the DC Extended Universe, he portrayed Orm Marius / Ocean Master in the superhero film Aquaman (2018).

Halle Berry won the Academy Award for Best Actress for her performance of a struggling widow in the romantic drama Monster’s Ball (2001). She took on high-profile roles such as Storm in four installments of the X-Men film series (2000–2014) and the Bond girl Jinx in Die Another Day (2002). More recently she appeared in the action films Kingsman: The Golden Circle (2017) and John Wick: Chapter 3 – Parabellum (2019).

Unfortunately, Moonfall does not achieve the same standard as much of Wilson’s, Berry’s and Emmerich’s earlier works. It has a weak script and disappointing special effects.