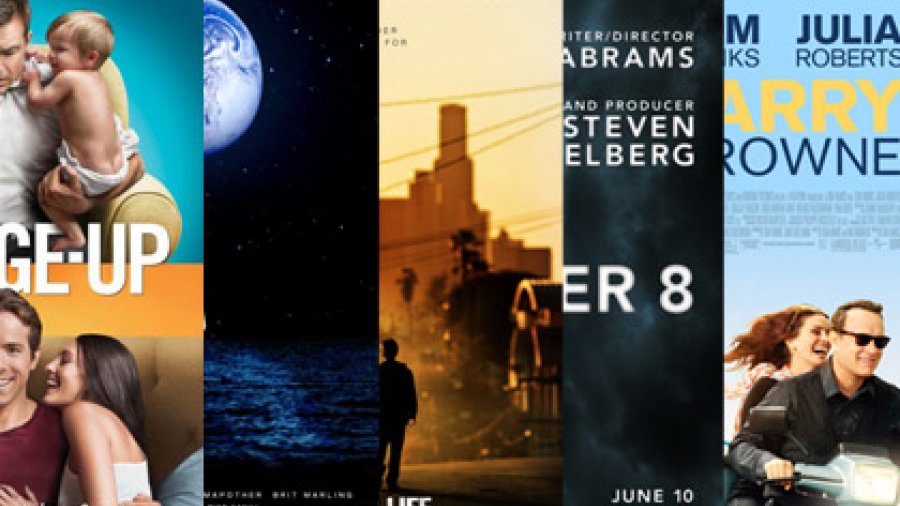 November 1: A Better Life tells the story of Carlos, a Mexican immigrant working in Los Angeles illegally. Carlos is trying to make a go of it to give his son the chances he never had. At fifteen, his son Luis is slipping away. Luis is skipping school, mingling with local gangs and he sees his father, a garden worker, as a cliché. When Carlos’ work truck gets stolen, father and son search to find it. The journey turns out to be as much about the truck as it is about the first connection they’ve had with each other. The search is one of cultural discovery for both Luis and for the audience, as the film takes both deep into east LA’s vibrant illegal immigrant community. As Carlos, Demian Bircher (he portrayed Fidel Castro in Che) delivers a nuanced performance that gives the audience a fresh insight into illegal immigration, with all of its complexities.
Other releases: Beginners, Cars 2, Crazy Stupid Love, Water for Elephants

November 8: Like the name implies, The Change-Up is a body swap comedy. Mitch and Dave are life-long buddies who have taken different paths in life. Mitch is a single out-of-work actor, while Dave is a married-with-children lawyer. Over many drinks one night, each admits envy: Mitch would like to have Dave’s cosy home life, while Dave would love Mitch’s freedom. Strange things can happen when alcohol is involved, and the men wake up to find themselves in one another’s body. The Change-Up hardly breaks any moulds, but there is plenty of chemistry between Ryan Reynolds and Jason Bateman as Mitch and Dave. Potty humour abounds, yet what makes the film really work is seeing each actor play against type. Bateman gets to lose his nice-guy schtick, while Reynolds gets to play it straight.
Other releases: Spoils of War, River Why, Kate Logan Affair, and Harry Potter and the Deathly Hallows Part II on November 11.

November 15: Flying in the face of big-budget, effects-laden films like Transformers, Tom Hanks delivers the harmless rom-com Larry Crowne. The film follows the titular character as he tries to negotiate his changing life. Larry has been fired from his job and is losing his house but he won’t let any of this get him down. He is open to change. Enrolling in some college courses, he meets and falls for one of his professors, Mercedes. His happy-go-lucky attitude works as a salve to her failing life. Written by Nia Vardalos (My Big Fat Greek Wedding) and starring Hanks and Julia Roberts, the film is light, fun entertainment.
Other releases: Flypaper, Spy Kids All the Time in the World

November 22: Set in the ‘70s, Super 8 tells the story of a group of young nerds who are making a romantic zombie film. They get more than they bargained for when they accidently film a train accident and a mysterious menace. Could it be aliens? It’s not long before there are disappearances and a secretive military unit descends on the small Ohio town to clean up the threat. Super 8 is heavy on nostalgia, bringing to mind films like Stand By Me and ET, where being young can be both trying and magical. This is no accident, as it is a real homage to producer Steven Spielberg’s glory years.
Other releases: Conan the Barbarian, Family Tree, Carjacked

November 29: Another Earth wonders what life would be like if we had a duplicate reality. Would our other selves be the same, better or worse? It’s a poignant question for Rhoda and John because both of their lives could have been so much more. A drunk-driving accident erases both of their promise: she spends four years in prison and he is shattered by the death of his family. After her release, she lies her way into his life, trying to make amends. With Earth 2 hovering in the sky, the question of a happier parallel universe inevitably arises, but is it a real place or just a state of mind?
Other releases: Final Destination 5, The Future, Tucker & Dave vs Evil