This Month in Movies by Midge: February DVD Releases 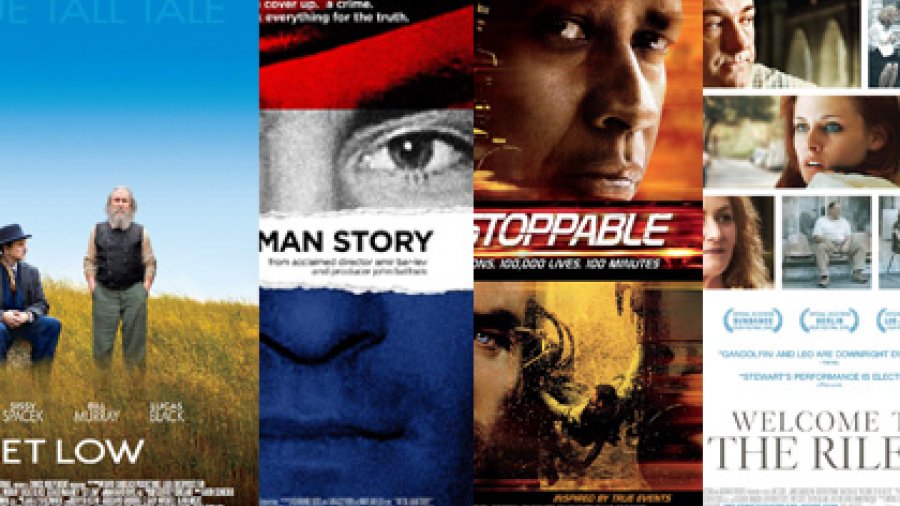 February 1: While Welcome to the Rileys may not promise to be a great film, it does promise to be an interesting one. Starring James Gandolfini, Kristen Stewart and Melissa Leo, the movie tells the story of a married couple that has drifted apart over the grief of losing a 15-year-old daughter. When the husband discovers his wife has already bought his and hers headstones, he is prodded into re-evaluating his life. He meets an underage stripper and decides to move in with her. This isn’t as creepy as it sounds. The relationship with the young woman is platonic and allows him to revive a role he has been missing—that of father. Gandolfini, best known for his iconic turn as Tony Soprano, offers up a vulnerable performance. Stewart, while not perfect, should be commended for holding her own as the gritty sex worker. It would be easy to play it safe and churn out some rom-coms while coasting on the success of the Twlight series. And Leo, who earned an Oscar nomination for her role in Frozen River, has a knack for offering up incredibly nuanced performances.
Other releases: Conviction, Freakonomics, Never Let Me Go

February 8: The Tillman Story is a documentary about Pat Tillman, the pro football player who walked away from his multi-million dollar contract to enlist eight months after 9/11. That would be story enough—and it was a story that the US Military used to mobilize other young men and women in the fight against the Taliban—but it didn’t end there. Although Tillman was killed by friendly fire, the military told his family and the US population that he died valiantly fighting the enemy. It was an outright lie, and one that his family suspected was used for propaganda. The film is a moving tribute to Tillman, but it is also a meditation on the nefariousness of spin.
Other releases: It’s Kind of a Funny Story, Life As We Know It, Tamara Drewe

February 15: It’s hard not to include Unstoppable here, living as we do in a town scored by railway tracks. This film starring Denzel Washington and Chris Pine tells the story of a runaway train carrying toxic cargo. This action film is high-octane race against time. If the engineer and conductor don’t succeed in stopping the train, a town will be decimated. The movie is loosely based on a 2001 incident that saw a train run amok through Ohio for two hours, and it is sure to satisfy those who like a good nail-biter.
Other releases: You Will Meet a Tall Dark Stranger, Middle Men, Red Hill

February 22: Populated by a handful of interesting actors—including Robert Duvall, Bill Murray and Sissy Spacek—Get Low tells the story of Felix. Being a recluse, his life is the stuff of rumour and legend. There are plenty of tall tales. Felix decides to hold a funeral for himself while he is still alive, inviting all who have a story about him to tell it. He wants to hear what people have been saying. This is a story about loneliness, redemption and mortality. While the film moves at a slower pace, it rewards the one who sticks with it, and there is plenty of Oscar buzz for Duvall for his turn as Felix.
Other releases: Waiting for Superman, Due Date, Dorian Gray