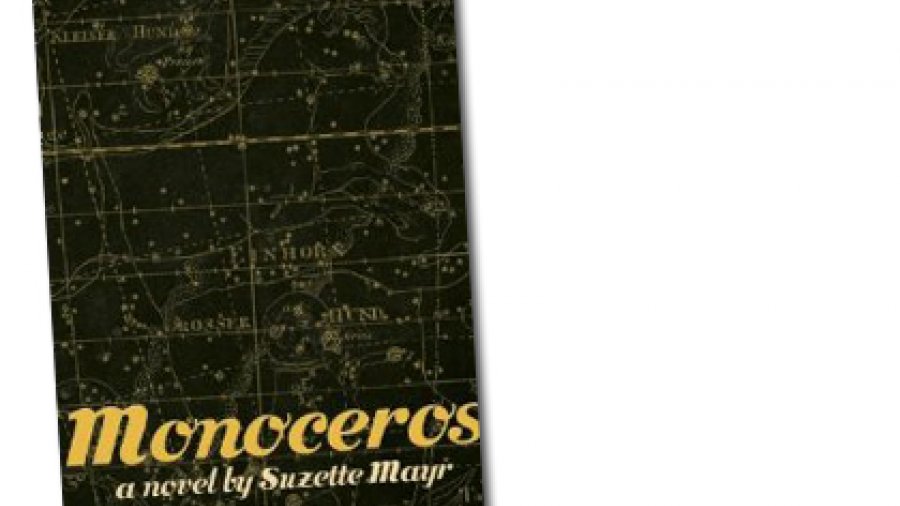 If you read one new book this summer, make it Monoceros by Suzette Mayr. Since I had kids (over four years ago now), I simply can’t just sit and finish a whole book in a weekend anymore. Too many tasks and people fight for my time and attention; a weekend devoted to reading has become an impossibility. Occasionally, though, a book will be so compelling that it inspires me to accomplish the impossible. In the last year, three books have been so absorbing that I found a way to put everyone and everything on hold for a weekend while I completely immersed myself in story: Annabel by Kathleen Winter, Cool Water by Dianne Warren, and (most recently) Monoceros by Suzette Mayr.

Monceros is about a gay teenage boy who is bullied at a Catholic high school and kills himself. The suicide happens at the start of the book, and the rest of the novel focuses on the effect this tragedy has on the rest of the school – students, teachers, administrators, parents. The closeted guidance counsellor (Walter) and his partner (the principal- Max) are especially implicated in the boy’s death, since they have kept their own relationship a secret for years. But everyone in this sprawling cast of characters carries a piece of the guilt. The heart-wrenching passages from the perspective of the dead boy’s mother show that even she carries the burden of blame.

In the midst of this homophobia, discrimination and the resulting tragedy, the monoceros (or unicorn) works as a symbol of innocence and youthful magic, raising the question: is there any hope for innocence in a world where nearly everyone is culpable? The novel begins with “u r a fag” scrawled on a locker and ends with Suzette Mayr’s answer to this question. The way Mayr structures all the material in between – the endless succession of Mondays – is nothing short of dazzling.

Based on my summary, you might expect Monoceros to be Important and Profound and Culturally Significant (it is) … but what might surprise you is that Monoceros is also funny. Very funny. Some of my favourite Canadian writers (Paul Quarrington, Bill Gaston) manage to deal with weighty subjects while also maintaining a sense of humour; it’s a balancing act that I admire, tremendously. After Monoceros, I’ll add Suzette Mayr to that list of favourite Canadian writers.

This is a truly impressive book – as resonant as the best poetry, as tight as the best short fiction, and as compelling and satisfying as the very best of novels. Monoceros is a masterpiece.