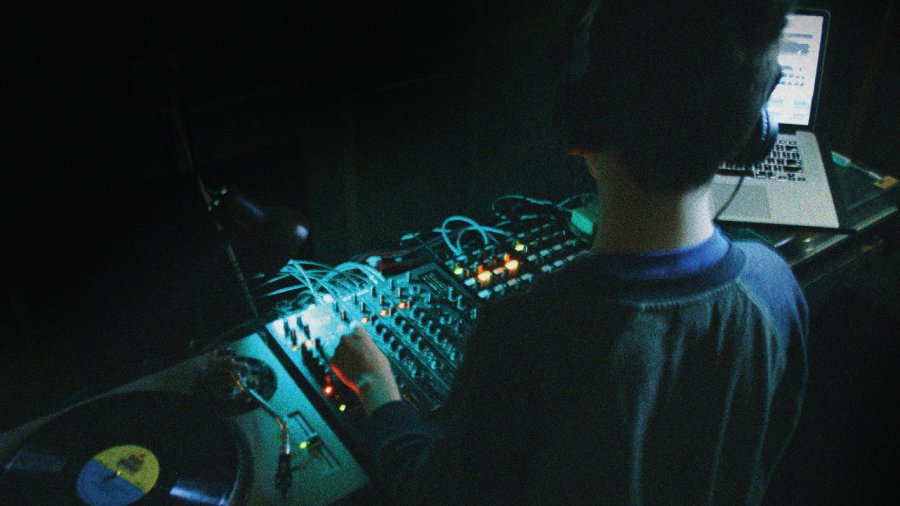 When I was going to journalism school in Edmonton at the beginning of the century, I had a weekend tradition. It could happen on Saturday or Sunday morning, and it could involve the best greasy-spoon breakfast at The Silk Hat but it always included a trip to A+B Sound downtown. Every weekend I would peruse the giant upstairs CD selection – we’re talking some 5,000-square feet of CDs, and some weekends I would leave the store with a classic album to add to my collection, but many times I would pick something just because it looked interesting. The few blocks back to my apartment above a law office were marked by a spring in my step. Why? New music!

At home, I would rip open the cellophane, pop the CD into my player, hit play and crank the volume (one of the bonuses of living above an office was having weekends and evenings to enjoy music loudly!). Yeah, there were a few duds, but for the most part, I discovered music that I really, really liked – even a few that I could safely say would be my deserted-island albums. You know, if you were stuck on an island and could only bring five albums …

Before all of that, as a teenager, music was incredibly important. The type of music I listened to defined the clothes I wore, the tribe I aligned with. In my 20s, that still held true – there was a definite soundtrack to my life – but that Edmonton tradition of flipping through racks and racks of CDs was one of purpose. I wanted – needed! – to expand my musical horizons. Because music had started to shape my life from a very young age, I didn’t want to stop discovering it, discovering where it brought me deep down. It isn’t that there is anything wrong with replaying the same old songs (I mean, who doesn’t love singing along to the songs of their youth?), but for me, music keeps me young, keeps that spring in my step. I did not want to turn into one of those people who says, “the music kids today are listening to? That’s not music!” Because I feel that when I say stuff like that, I am diminishing someone else’s experiences. Nobody wants to hear that the things they really like are deemed dumb or unimportant.

I’ve done this here before – entreated readers to broaden their horizons, go to one of the many venues in town to check out a band with nothing more to go on than that it seems interesting – but it’s a New Year and a perfect time for a new start! You want to get in shape? How about finding music that inspires a hot and heavy workout? You want to have more dinner parties? Make an evening more memorable with the right background music.

Discovering new artists and albums or finding your nostalgic classics is incredibly easy. Online subscription and/or streaming services often have great “if you like this, try that” type algorithms. All you need to do is add one band (say, one of the bands you liked that played Wapiti last year), put on your sense of adventure and pick one of the suggested bands that you’ve never heard of and give it a listen. I mean, give it a good listen. I can’t count the number of times when I’ve bought an album for one song, only to discover other much stronger tracks on it.

I know the reason many of us older folks stop discovering new music is because life gets busy. We simply do not have the time to sit and listen to music the way we did as teens, mooning over band posters taped to our walls and doodling our crush’s name in a journal. But music is the original anti-depressant. When you’re having a crappy day, you know which album will lift you from your funk or release your frustration. When you want to momentarily escape a miserable winter day, you know which song will bring you back to a sunny summer day.

Your purpose, your mission if you choose to accept, is to discover a new soundtrack to your life this year. And if you find something that you really, really love, I would love to hear about it. Happy New Year!