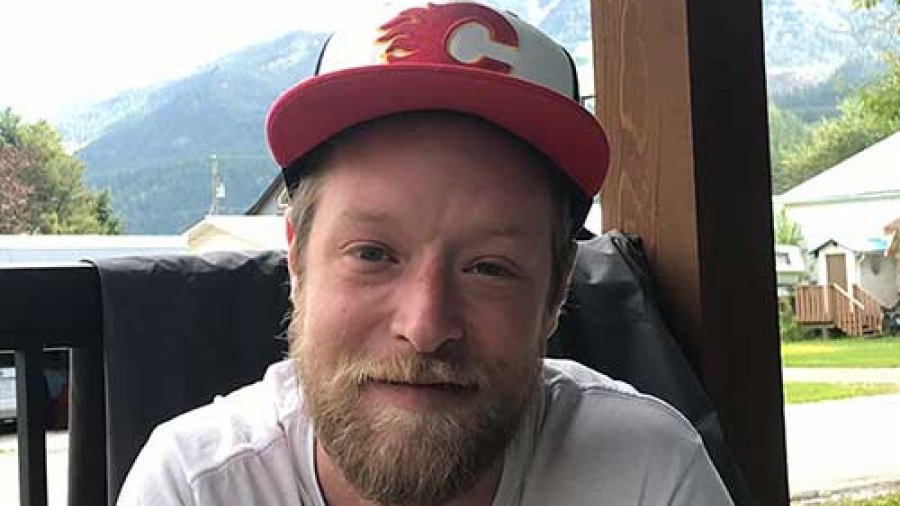 This May, as we watched people take to the streets around the world to protest racism and police brutality, our little mountain town may have felt… quiet. But the reality is, the energy and rage was mounting. An impressive number of businesses and residents took part in #blackouttuesday, stepping away from social media, augmenting the stories and voices of those who need to be heard, showing they want to be an ally and part of the solution.

Through social media, conversations with friends and colleagues, it was clear there were many in our community who wanted to do more. Michael Bull is one of these people. A Grade 5 teacher at the Fernie Academy, Michael was among approximately twenty individuals who took that want and started working on an event for Fernie.

“I was invited a few days after the discussions started to be an organizer. The original idea was to have a protest or march in town and to try to get black, indigenous or people of colour to speak. We decided because we were having trouble finding someone who wanted to speak, that we couldn’t force it. Even though we are well-intentioned, we recognized that we shouldn’t be speaking for or on the behalf of black, indigenous or people of colour,” Michael tells me over zoom. The group decided to make it more of a listening engagement event.

We’re reaching out to let you know that this Sunday, June 14 from 2-4 pm we will be hosting a Listening Project to show our solidarity with the Black Lives Matter movement and we invite you to join the conversation.

This was the opening paragraph of an email sent to ‘every place of business or organization in town we could think of.’ A Facebook event was created by the Awareness and Accountability Project and the positive response was immediate. This open invitation to come talk and listen, receive useful resources and materials, and sign up to be a part of the conversation as it continues within the Elk Valley was met with open arms, even in the pouring rain.

Thank you for the inspiration, Michael and your team at the Awareness and Accountability Project. For standing up and encouraging us to do the same. We look forward to being a part of and supporting future projects and events.

Looking back, Michael recognizes (as I am sure many of us can relate to) that he moved to Fernie as an avoidance technique. “I hid in the mountains and thought I could make the world a better place through journalism or teaching my students to be compassionate and kind and respectful. I thought that would be enough. I think in the last few weeks/months it has shown me that it is not enough, and that was a lesson for me. I need to do more, and I’m looking forward to doing it.”

the major challenges for the Awareness and Accountability Project is that they don’t have answers. “We just know it’s better than doing nothing. It can’t just be an event, it has to be progress… a personal endeavour to continuously grow and learn and educate and it doesn’t just end at a protest or march. Even if there were no more racist people, it would still exist because the system we built is for people who look like you and me. We all benefit intentionally or not, and we have to start with personal endeavours.”

While the Listening Project was deemed a success, it is far from the end. Those in attendance were encouraged to discover black or indigenous artists, to read more, to engage in dialogue. And the organizers plan to hold another event down the road. “Maybe it will be a protest, and it will attract speakers who don’t look like us. The goal is for it to build and to get that ball rolling,” Michael adds.

“Living here can throw up a lot of blind spots… not having the diversity, being isolated from the rest of the world, we think it doesn’t apply here. But we are only afforded that privilege because we are white,” Michael shares as we talk about our experiences living in Fernie. He had the opportunity to live in various places including Houston, Texas and the Middle- East as his parents moved for their careers. While he never experienced oppression or racism directly, his parents were very open with him and shared their own experiences.

2. Who did you first meet?
Probably one of the people I first met was Mark Gibb, who used to own Boardstiff and he became really good friends with my dad.

3. Do you remember your first general impression of Fernie?
How quiet it was. There’s just a stillness and a serenity that is unheard of living in the City.

4. What keeps you here? The people.

5. Do you have a favourite Fernie pastime?
You’ll see me in the bagel shop at any time of day. Sitting at the counter, doing a crossword and drinking coffee. It’s one of my favourite things.

6. What time of the year do you love most in Fernie, and why?
I almost want to say summer, because everyone is biking around, softball season is my favourite season, people you haven’t seen throughout the whole winter emerge out of the woodwork… but there is just something so pretty about autumn. Almost beyond words.

7. Where do you see or hope to see Fernie in five years?
I hope there is an effort to keep the weirdness in Fernie. I fear the strange people and the quirks and the idiosyncrasies are going to be ironed out or removed and we’ll be left with something more sterile or unrecognizable… keep things affordable and strange and funny.

8. How do you start your day or what is one of your daily rituals?
Coffee and an English muffin with peanut butter.

9. Tell us something people might be surprised to learn about you.
Um I did an internship at the Free Press when I was 23 and almost got fired… from a free internship. It was the summer that I met everyone that I know now, had no desire to put in the work that was needed as was so enamoured with the people and life.

10. Quote to live by: Be excellent to each other. From Bill and Ted’s Excellent Adventure, and I don’t think you could sum it up better than that.

In:
Art and Entertainment
Tags:
community, Fernie BC