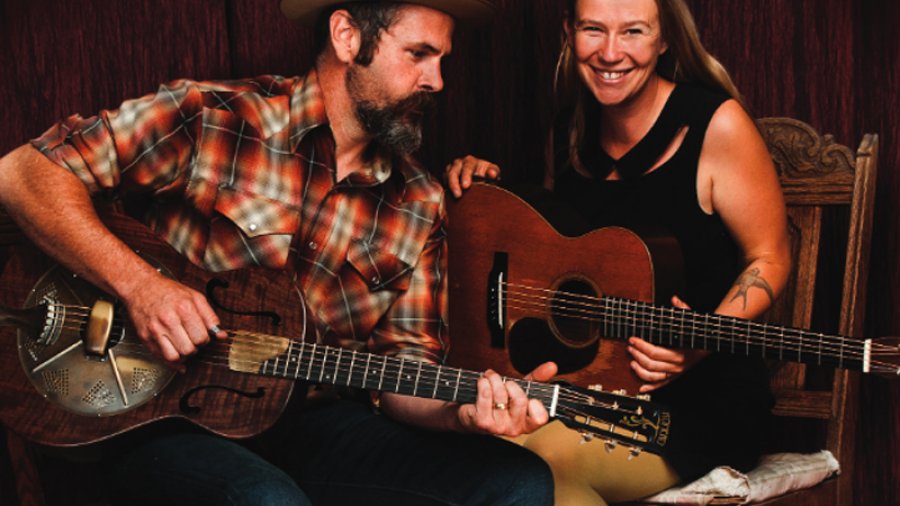 Whether with your natural born families or your mountain families for a season, there are plenty of ways to spend time together in March. It kicks of with Griz Days, the ultimate celebration of snow, snow and more snow.

That first weekend of March has more things to do than the Griz can shake a musket at, because along with the usual Griz Days traditions – Extreme Griz, Dummy Downhill, parade, etc. – there is also a whole lot of music going on.

The Elk Valley Hospital Foundation is hosting Country Stomp II, with the Ken McCoy Band on March 4. This Mission, BC band plays country and southern rock, so you can expect line dancing and stomping. Also on the Griz Days roster is the Bitterweed Draw on March 5. A bluegrass band from Calgary, the Bitterweed Draw will also inspire a foot-stomping good time. Check out the Griz Days Facebook page for more details on these shows and all of the other events planned.

Karl Schomann takes the Infinitea stage again on March 4, during Griz Days. The Fernie local puts on shows that make the audience feel like part of the family – they are interactive and commanding.  Also on March 4 is Edmonton band Tallest to Shortest, performing at The Pub. This power trio’s rock is energetic and spans genres like nobody’s business – from surfer to hard rock and everything in between.

The next night (March 5) – to warm up after a long day outside – the Northern has got 7 Inches of Pleasure. This night will be an epic dance night, with Vinyl Ritchie, Mat the Alien, DJ Pump and DJ Illo. If DJs aren’t your thing, then do yourself a favour and check out jazz singer Laura Landsberg at Infinitea. The Nelson native has a voice that melts butter.

More jazz at The Arts Station on March 6 with Montreal’s Small World Project. This band blends jazz into world music and mixes in well-known classics (like Jimi Hendrix), using all manner of instruments, from standup bass to ukulele. The show is vibrant and fun. Miles Davis said, “Do not fear mistakes. There are none.” That sounds like the musical ethos for Small World Project.

You probably want to save a bit of energy (or rest up after Griz Days) for Fort Macleod’s John Wort Hannam. He’ll be playing Clawhammer on March 9. He’ll have a fresh album in his bag of tricks. Love Lives On displays a musician completely in tune with himself. Although this is his second album produced by Leeroy Stagger, it was recorded over a year (instead of a frantic three or four days), and the songs are better for the breathing room they got. While very much a Wort Hannam record, it feels different this time.

For more old time music, check out Clawhammer’s next show, Pharis and Jason Romero on St. Patrick’s Day. This duo really is royalty in old time music circles. Pharis has been on stage since a young lass, with her family’s country band, and Jason builds custom banjos that are individual works of art. Their last album – A Wanderer I’ll Stay was released a year ago – got heaps of attention and accolades, including nominations for a Juno and an International Folk Music Award.