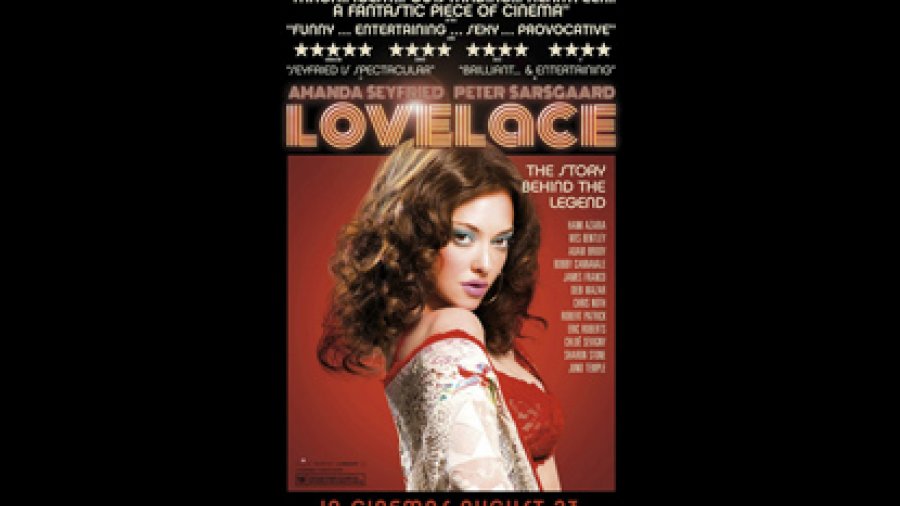 Lovelace is inspired by the life of Linda Lovelace (real name Linda Susan Boreman), who was the star of the fabulously successful 1972 pornographic film Deep Throat, and author of the 1980 memoir Ordeal, which details her abusive marriage to her manager Chuck Traynor.

The film, which cost $10 million to make, made $500,000 worldwide and about $300,000 in the US, is a sketchy overview of Boreman’s life with Traynor, and her eventual exit from the adult film industry.

The film stars Amanda Seyfried (Mama Mia, Red Riding Hood, Les Miserables, Letters to Juliet) who performs adequately as Linda Lovelace. Peter Sarsgaard (Green Lantern, Knight and Day, An Education, Kinsey, Jarhead) plays the violent and controlling Traynor. They do their best, but the movie falls down because the role of every other character has been cut to the bone.

I can't help but feel that after production the editors chose to gut the film, giving a good actor like James Franco, for example, only a few seconds of screen time in the role of Hugh Hefner. We are also denied the opportunity to learn more about other interesting characters like the feminist journalist played by Cloe Sevigny, who appears only briefly in the film. Sarah Jessica Parker was supposed to appear as Gloria Steinem, but her role did not even make it into the final cut of the film. Giving these supporting characters such short shrift prevents us from seeing our heroine's character develop through her relationships with them, and because of this we see her as a one-dimensional victim and not as a fully developed individual, making the resulting film grim and miserable. I suppose this is understandable given that the story is about domestic violence, but still it would be nice to have a few bright spots to make the script slightly less depressing.

Unfortunately I can't recommend this movie. If you want to see a really good movie about a pop culture icon triumphing over patriarchal oppression and escaping domestic violence, you would do better to see What's Love Got to Do with It, starring Angela Bassett and Laurence Fishburne, a better written movie with deeper characterization. It is the story of Tina Turner and her relationship with her husband. Fishburne is much more menacing as Ike than Sarsgaard could hope to be as Traynor, and Angela Bassett plays Tina with a strength and determination that is virtually non-existent in Seyfried's performance.