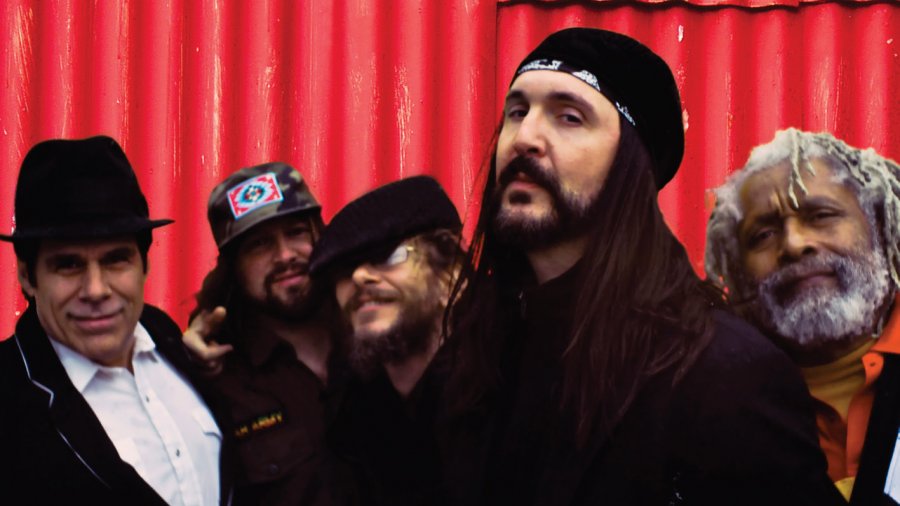 If you need inspiration to work hard at what you love, to stay true to yourself, you don’t really have to look much further than Big Sugar. Although the band took a bit of a break through much of the century’s first decade, it has been almost 30 years since it began an unapologetic and ardently independent career.

“I only work on stuff that sounds good to me,” says frontman Gordie Johnson. “I don’t make any … I’ve never made any ‘career moves’ – I only make moves that are based on inspiration and musical satisfaction. I mean, that’s the only reason to do it.”

Musical satisfaction is exactly the driving force behind the band’s last album. The acoustic Yardstyle, released last spring, and its supporting tours weren’t part of some master career plan: “This is a reason to go out and play the music, which is amazing to us, and very satisfying to us.”

It is a special kind of genius, however. The album is an intimate glimpse into how the members of Big Sugar, and their musician friends, interact with each other. Banjo and hand drums form the hammock for the voice of a languidly singing Johnson. The album’s mood is so informal, it isn’t hard to imagine these guys jamming around a firepit on a moonlit beach. Even though Yardstyle doesn’t display the big sound of Big Sugar’s reggae-infused rock ‘n’ roll, the album isn’t really a departure.

“That’s what Big Sugar sounds like if you take away our electricity,” Johnson says. “That’s what we sound like when we’re rehearsing, when we’re practicing for a recording, or we go to a radio station, anything like that.”

It was while doing promo on the tour for Revolution per Minute in 2011, which saw the band playing radio shows and breakfast television almost daily, that the idea for doing an acoustic album started to form. They were having so much fun playing unplugged every day that it really wasn’t a hard sell to put together an album.

For several days, the guys sat around in a circle, mics positioned in the middle, and jammed out old stuff, new stuff and even stuff from Grady, one of Johnson’s other projects.

Yardstyle is so laden with percussion that is addictive – it’s difficult not to want to join in, to not want to be a part of the magic that is happening between the musicians.

“No one was wearing headphones,” he explains. “We didn’t have any speakers, monitors, anything like that. We just had 12 guys in the room, just vibing on songs. And if a song didn’t come together really quickly, we just put it down and moved on to another one.”

Not getting stuck on something that isn’t working seems to be the band’s motto. And it seems to be working – there are few bands that can boast Big Sugar’s longevity.

“Keep moving forward,” Johnson says. “We approach every day and every endeavour like it’s the one, the most important one. And I’m proud of everything that’s gone on before. I mean, I don’t have any embarrassing haircuts or records that I don’t want people to hear – which is good. But that’s all a byproduct of sticking to your guns, you know. We never had to apologize for anything … so that also inspires us to keep moving forward the way that we are.”

The byproduct for the audience is watching a band that is so natural with each other, it feels like old friends.