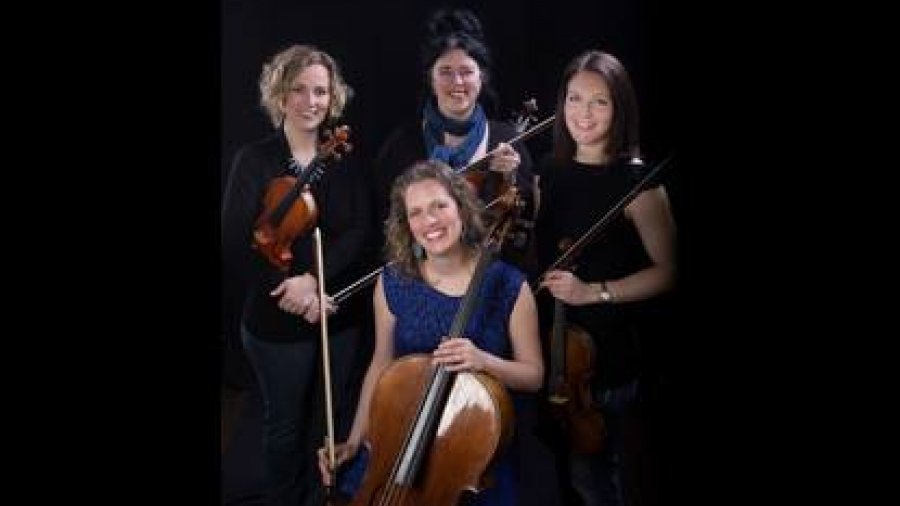 While some locals pick the off-season to vacation in sunny climes, November is the perfect month to rest up for active winter days. Red Bulls and vodka at the lake turn into red wine and dark chocolate by the fire. Sound tracks go from Daft Punk to Ludovico Einaudi. Hedonism makes way for reflection.

Musically I had the best of two worlds growing up. An older brother who looked for the different bands and a mother took me to symphony, opera and ballet. In my youth, Classical on a tinny car “stereo” was more normal than blasting the latest Top-40 hit. Nonetheless, it still seems extraordinary to me that Classical attracts younger musicians.

But the decision is not at all different – just the genre is. For the musicians of Calgary’s Lily String Quartet, each starting very young, the decision to pursue Classical came in much the same way as it does for other musicians.

“You have to have a love for it, and there seems to be a point when you’re a teenager, where you kind of decide, ‘Okay, I’m going to be a Classical musician.’ Or ‘I’m not going to be a Classical musician.’ Because it’s somewhere around there’s a no-looking-back turning point, where you either have to dedicate a lot of your time and energy to the instrument or not,” cellist Andrea Case says. “I think that sometimes with rock and pop and folk, it’s exactly the same way. People pick up a guitar kind of when they’re in their young teens or late as a kid and they realize that they love it, and then there’s a time when they have to say, ‘Okay, this is what I am going to do.’”

Classical musicians are also a lot more like musicians of more modern music these days in another way, too.

“Being a Classical musician isn’t what it used to be when the profession first started; you were hired by a king or a queen and that’s how you made your living,” Case explains. “Nowadays you make your own work – you’re self-employed, right? You have to do everything for yourself and build your own career and that’s very much like being an entrepreneur.”

Each member of the quartet has been playing Classical music for over 30 years now, so their love for it cannot be denied. Formed in 2005, the Lily String Quartet is made up of Case, violist Patrica Higgins, violinist Diane Lane and violinst Elisa Milner. (Although Milner will be absent from the Fernie show on maternity leave, the quartet has enlisted the help of Calgary Philharmic Orchestra double bassist Matthew Heller and pianist Susan Gould of Golden.) On the playlist is Schubert’s “Trout Quintet” – which calls for a violin and double bass instead of the two violins of a standard quartet, as well as a Rossini piece and likely something composed a lot more recently.

Of course, after being immersed in music for three-plus decades, members of the quartet have played many other genres. They’ve all performed at the Calgary Folk Fest and with many rock and pop outfits. One of the highlights was working with singer-songwriter Lullaby Baxter on a musical for Calgary’s High Performance Rodeo. And all told, the each of the members have appeared on about 20 albums collectively – even though Lily String Quartet hasn’t put out an album itself.

“We’ve been talking about it for years, and I think we’ve actually got a firm plan down now for a tenth anniversary project to do an album,” Case says. “We probably won’t compose our own things – none of us are actually composers. It’s a whole other job in its own right.
“A lot of people do both things very well, but I can’t claim that I can compose at all. But what we’ll do is probably perform works that we have a personal link to.”

The Lily String Quartet performs at The Arts Station of Friday, November 16 at 8pm.