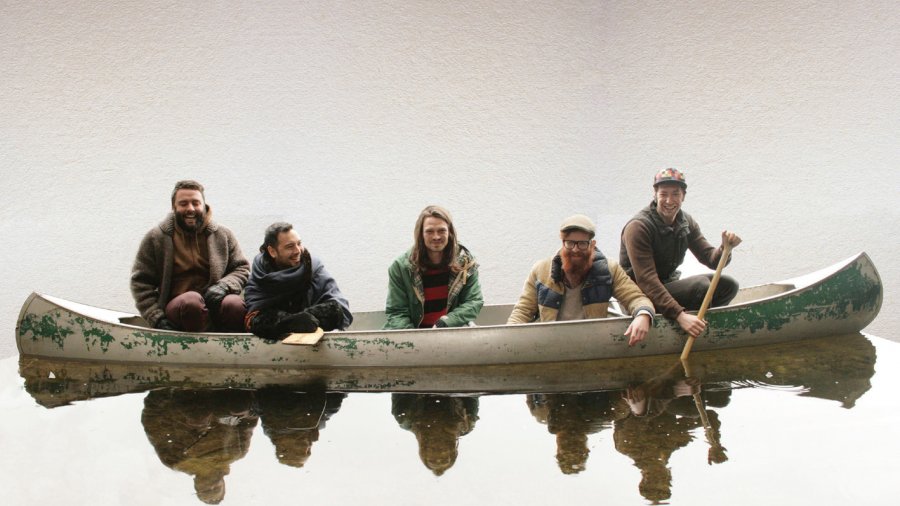 When you spend a lot of time with someone whose English is good but not a first language, you pick up on the quirky way sentences are formed. My Dad’s Slav accent was so thick that it wouldn’t be uncommon for people to mistake his “fact” for a less gentile f-word. And everybody loved his jolly send off, “Have a fun!”

Back in the first half of the Tequila Mockingbird Orchestra’s eleven-year career, the band got a gig at a restaurant in Vienna. The Viennese guy that hired them was very excited to have the band play at his friend’s high-end restaurant and the prospect of having a great night of boozing and dancing.

“He wrote back – and he said this in person so many times – he said, ‘I am so excited to eat food, drink wine, dance with girls, we make really party!’” says Kurt Loewen, band guitarist and vocalist. “He would say it over and over again. His enthusiasm was enough that we’ve been making that joke for years now.”

Even though I’ve never met this Viennese guy, I can hear the accent in his words, and his jovial vibe. TMO has known for some time – years! – that it was going to release an recording titled We Make Really Party, and it finally did last summer, shortly before performing at a Wednesday Night Social at the end of July. And it’s a great title for an album, especially one that sees the band return to its overtly party vibe, complete with southern European accordions and Spanish guitars. If you’re not familiar with the Tequila Mockingbird Orchestra, this is the kind of band you could picture playing an Italian wedding, with a Greek guy clapping and yelling “Opa!” in the middle of a dancefloor. The guys have immersed themselves so deeply into this kind of Gypsy folk, Europeans audiences have been surprised that the band consists of a handful of Canadian guys hailing from Victoria… sort of.

The members actually met up and started out in Victoria, but now are flung across the continent, getting together for tours and recording. Loewen is in his home base of Edmonton when we chat. Other members – Ian Griffiths on accordion, Paul Wolda on percussion, Mack Shields on fiddle and Keith Rodger on double bass – live in varied places between Alberta and BC, including “hometown” Victoria. With today’s connectivity, this kind of arrangement isn’t completely unheard of, but TMO has been living separately for most of its career, and it totally works for them. Although the band takes influences from all over, it still presents a unified sound. I would also argue that individual cities/music scenes tend to have something similar in their sounds (think Seattle grunge, Detroit Motown for overt examples), and TMO enjoys the benefits of having the influence of multiple scenes.

“I think that is what our sound is known for, as kind of being all over the place,” Loewen says. “But it’s also the joy of playing with these guys, because everybody is really open minded and everybody just wants to try stuff. I think it keeps me open minded in so many other ways in my life. It just needs to be not normal, I guess.”

The show at The Arts Station needs to be not normal as well. In the spirit of New Years, being bold and pushing personal envelopes, the Tequila Mockingbird Orchestra and The Arts Station are going to encourage a different kind of audience experience to include some room for dancing. Let’s make really party and make for a joyous 2018. Picture that Italian wedding mentioned earlier. Who is going to be in the middle of the dancefloor bellowing, “Opa!”?

The Tequila Mockingbird Orchestra performs at the Arts Station January 23.