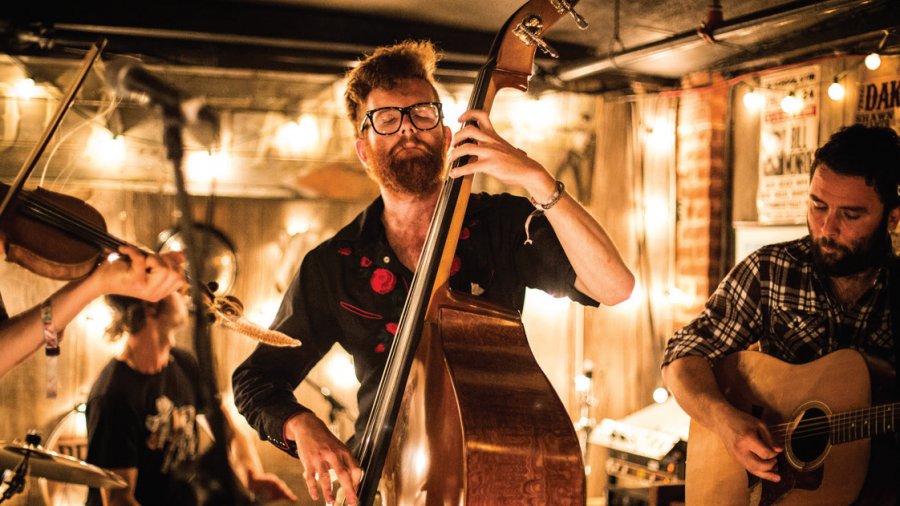 It’s that glorious time of year when we have weekly block parties for two months, block parties with great live music (free!) and great craft brew (not free! But buy it, because it helps pay for the bands!). If you haven’t made the downtown jaunt on a Wednesday evening over the last handful of summers, DO IT! The Wednesday Night Socials a perfect way to end hump day. You can dance or you can chill with a few hundred of your Fernie neighbours. Bands start at 6:30, but drinks and food are available earlier.

July 5 Los Morenos are the perfect band to kick this summer-long party off. The Calgary-based band provides highly danceable Latin beats, from rumba to flamenco, and blends in some funk and jazz. And Los Morenos aren’t just danceable, they are incredible musicians, having garnered praise from the likes of Oscar Lopez and the Afro-Cuban All Stars. Bandleader Mauricio Moreno is a virtuoso on guitar and a his fret-board hand becomes a blur. You can’t miss these guys!

July 12 Ellika, Solo & Rafael bring more world music to town with their unique blend of musical influences. There’s a Swedish violinist, a Senegalese kora player and singer, and a Mexican percussionist who make beautiful music out of their mélange of influences. It is at turns soulful, danceable and intricate. The Stockholm-based trio is a multiple-award winning band a complete treat to listen to. Don’t miss this one!

July 19 Easy Ruckus is a great complement to a warm summer evening. Hailing from Golden, this band’s bluesy folk rock draws its inspiration from John Butler Trio, Current Swell and Xavier Rudd. Lead singer Landon Bushell’s voice is a cozy blanket on a cold evening – it’ll warm you to the core. Be sure to check this band out!

July 26 Country outlaw Ben Rogers seems like he should be drinking whiskey while sitting on the tailgate of a beat up truck, strumming his guitar and singing about the girl who took his trailer and his dog, but his lyrics are so much more than that cliché. He is a true storyteller, writing songs about the darker side of life, from banishment from the Garden of Eden to the Highway of Tears. His songs of strife and salvation are cradled in some swarthy country guitar and toe-tapping rhythm.  Tip a beer to this band!

August 2 A little bit folk, a little bit Gypsy, the Tequila Mockingbird Orchestra bring fun and soulful sounds.  The Victoria band is no stranger to Fernie-ites, but for the uninitiated, TMO are at turns reel-influencing and tears-in-your-beers, foot-stomping and whoozy-swaying. You can’t stay home for this one!

August 9 Tiger Moon’s catchy folk tunes are a salve to a hot summer day. Kasey Graff’s voice is bold, while Dan Tait’s is earnest. The duo’s mandolin-guitar-big-boot sound has seen the band travel across Canada from their Kelowna home on VIA Rail’s Artists on Board program, and they’ll be in Fernie with a brand new record, Caribou & Whiskey. Don’t miss this band!

August 16 Hailing from the UK, Martin Harley is a slide guitarist to most definitely check out. His blues sounds like they emerged straight out of the Mississippi Delta, and yet are tinged with his wanderlust. Before ever recording and becoming a professional musician, he’d idly strum his guitar, singing songs about his travels. Fast forward over a decade later and he’s got seven albums to his name. This show will be a treat!

August 23 Cécile Doo-Kingué will bring her own version of worldy blues, incorporating old-time soul, hard rock and hip-hop elements. Mixing traditional blues topics of lost love with the political in her lyrics, Doo-Kingué will leave jaws on the floor. You must, must, must see this woman perform!

August 30 Calgary based rock band The Primes are set to close out this incredible summer line up, with its grunge and alternative rock that has a hint of blues and a smattering of funk for a high energy show. Band member Will Ripley was born and raised in Fernie, so the homecoming will bring this summer-long Wednesday night party to a sweet close. You won’t be the same if you miss this one!