Larry and His Flask … and his beard 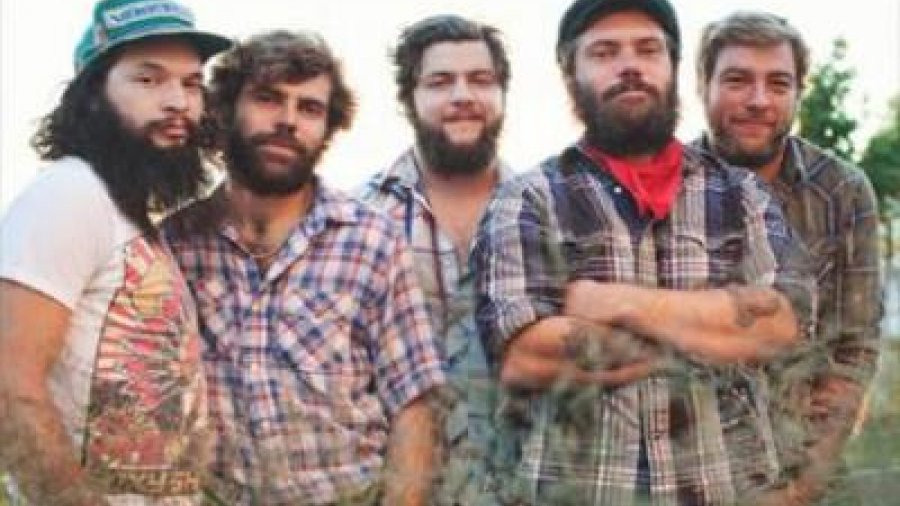 “Music has healing power. It has the ability to take people out of themselves for a few hours.” So says Sir Elton John.

When I am not at work, I listen to music constantly. It is my panacea, the way I right myself. I’ve often wondered what it is about music that affects me – and many others – so deeply. Talking to many a musician and music lover over the years, I’ve come to the conclusion that it is because music literally makes us vibrate at its frequency. Straight from the instrument to our insides. This conclusion has little romance to it, and I realize that there are other things that make music such a cohesive and rejuvenating force. Especially live music.

Watching musicians play has the ability to lift me out of any funk. To be in the audience, a part of the happening, is integral to any performance. Many bands road test songs before laying down an album. It gives the musicians a chance to see what works, what makes people react and how. For Oregon’s Larry and His Flask, testing songs out on stage gives the band a chance to know the song inside and out before recording.

It’s probably safe to say that their tunes will be well honed by the time the band makes another appearance in Fernie. The five-piece will hit the stage hard later this month, bringing their blend of punky folk, fresh from a European tour and in the throes of an American and Canadian one. Replete with instruments, both large and small, from contra bass to banjo, Larry and His Flask will give us exactly what the doctor ordered: dancing, sweating, rinse and repeat.

This after the band had its tour van and trailer stolen from a show in South Carolina during the summer. Through the power of connection and friends, the band managed to replace instruments.

“Our fans and friends helped us out so much!” says drummer Jamin Marshall. “We only missed one show and were able to replace most things within a few days of the theft. It was amazing. Our friends are the best.”

Thankfully, after more than a decade and a few incarnations, Larry and His Flask have gained many a friend. And released more than a handful of recordings. Although, because of changes in lineup (at one point, the band had ten members) and sound (going from punk to acoustic to a blend of folk rock, bluegrass and alt-country with punk-rock energy), the band’s last two full-length and EP records are the most current.

“Well, we feel as if we have changed and adapted a lot since then and would rather focus on the new rather than the old, I guess,” explains Marshall.

The band’s last album and EP – All That We Know and Hobo’s Lament – were both released in 2013. And while there isn’t a definitive album in the works, Larry and His Flask have slotted some time off from touring to write and record.

“Most of the time we are too busy to sit down and compose anything [while touring],” Marshall says. “However, we have written a few songs while on the road.”

There you have it – if you’re looking for a good-time hoe-down, you heard it here first. Larry and His Flask, sure to heat up a cool October evening – even if you can’t grow a face-warming beard. (Judging from the band’s picture, looks like Kyle Hudon has got some serious competition in that regard.)

Larry and His Flask perform at the Northern on October 21. That’s ten days before Halloween, so no excuses!