Krief is a Dear, except when he’s Krief 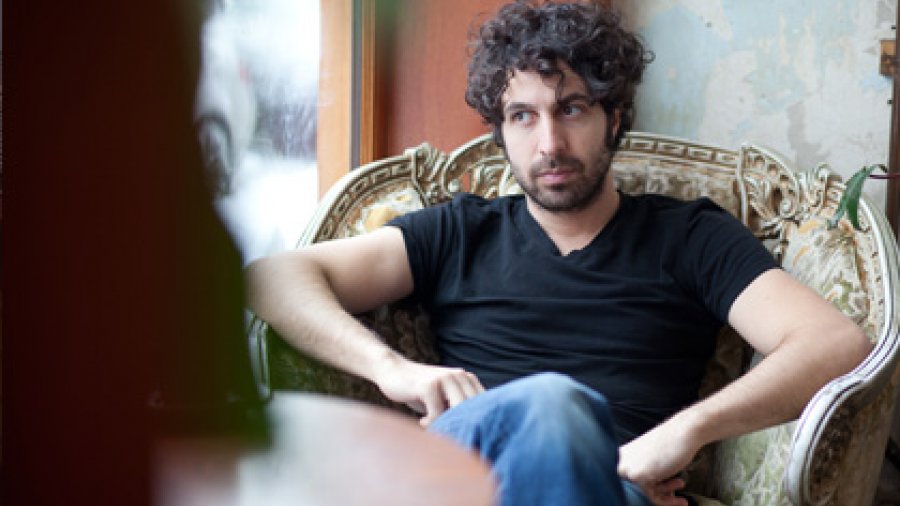 With the start of another school year comes the prospect of new beginnings, new binders, new pens and new friends. Every once in a while you meet someone and there is an immediate connection. Interviewing someone for an article is like that too. For my music column, I do most of the interviews over the phone. I’ve got about a minute to connect with someone I know only through research and someone who doesn’t know me from Eve. And then I have another 20 to get the information I need to write the story. Some interviews are just interviews: tell me about your band, tell me about new album, tell me about your inspiration. Every once in a while there is more of a connection, where the interview is more of a conversation, where we could be chatting over coffee or a beer and not really run out of things to talk about. I am not the type of person who would readily walk up to a musician after a show – I am too shy – so I love having the excuse, a reason, to talk to musicians, especially ones like Patrick Krief.

The Dears guitarist is a generous interviewee. He is open and frank and full of contradiction, something that comes through clearly in his latest solo album – Hundred Thousand Pieces was released earlier this year. The lyrics are honest and emotionally raw. In them he questions not just the path he’s taken but also how to live an honourable life, questions that are age-old and universal. Coupled with layered and rich rock and roll, songs like the title track come across as angry and melancholy as these questions can make us. It wasn’t an easy album for Krief to write.

“It was more like a full-blown existential crisis, which kind of like mentally and socially crippled the year,” he explains. “It was a complete meltdown based on those things, like, what am I doing? Should I even release? Once you put it out there, people tear it apart, and they say what they will about it, and this is my life.
“So part of me didn’t want to finish the album or just wanted to finish it and keep it for myself and never sell it,” he adds. “Cause I was going through that point, that maybe I can get away with never leaving the house again, because of my existential crisis.”

It’s a paradox – the idea of an accomplished musician being wracked with anxiety. Krief has performed thousands of shows with The Dears and his own bands, Black Diamond Bay and Krief. While he gets nervous before every show, he still gets up there, lives the band life and performs very personal songs. But one of the things that came out of writing this album is the realization that he has to be a musician. Living a “normal” life is not an option.

“I love the feeling of performing, but it also scares the shit out of me. I love the idea of millions of people hearing my songs, but that also weirds me out,” he says. “I’m writing songs right now in my basement that I’m, like, I can’t wait to play these in front of people. I don’t even have lyrics on them yet, and I’m thinking about how cool this is going to sound on stage. It’s just the way I’m wired. And then right before the show, I’m, like, oh my god! I’m getting much better at it, but I still get nervous and there are still moments where I’m not sure what to say to the audience or I’m not comfortable speaking … it’s strange.”

Krief performs at The Arts Station Tuesday, September 11 at 8pm.

We’re pretty fortunate here in Fernie to have such accomplished bands come through our little berg. There are a couple other not-to-be-missed shows this month.

On Monday, September 17, iconic Canadian band 54-40 sets up on the Northern Stage. Not to make anyone feel old, but this BC band formed in 1981 and released its 13th album, Lost in the City, last year.

For someone a little shorter of tooth, Calgary’s Taylor Cochrane brings his irreverent self to the Central on Saturday, September 8. Formerly of the Kronic Groove Band, Cochrane cocky lyrics are tongue-in-cheek and a whole lot of fun.