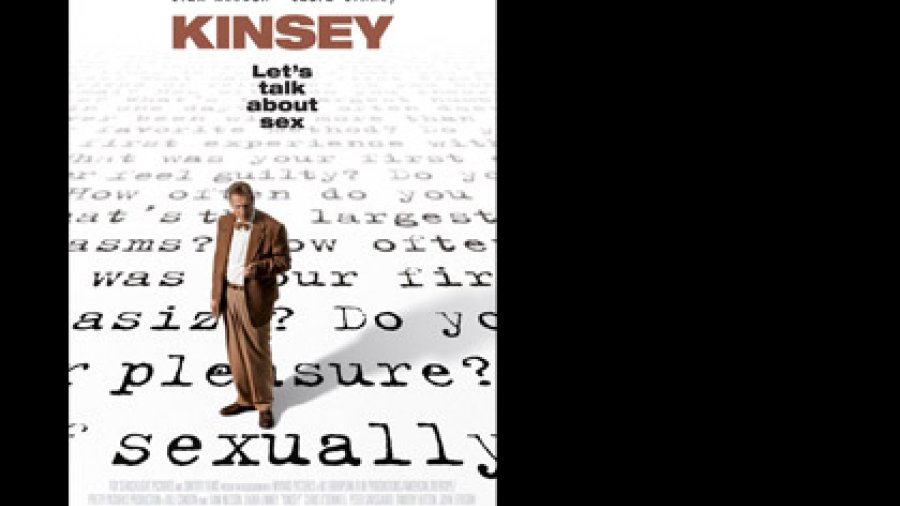 Alfred Charles Kinsey (1894-1962) was professor of biology, zoology and entomology at Indiana State University, as well as being one of the pioneers in the field of sexology (the scientific study of sexual behaviour). Kinsey authored The Kinsey Reports, “Sexual Behavior in the Human Male” (1948) and “Sexual Behavior in the Human Female” (1953). Both publications were based on data that were gathered from thousands of interviews conducted by Kinsey and his staff about the sexual activities of the participants.

So important is Alfred Kinsey's legacy, (he promoted free love about 20 years before it was fashionable to do so, considered homosexuality a regular part of human biology, etc.), that he has become part of our popular culture, with a Broadway play, a radio play, and most importantly, a movie, being made about his life.

The movie stars Liam Neeson (Unkown, Seraphim Falls, Rob Roy, Michael Collins) as Al Kinsey and Laura Linney (Dave, Love Actually, The Truman Show, The Nanny Diaries) as his wife Clara, and deals with his struggles, both personal and professional as he slowly changed from scientist to activist, and attempted to transform a society which he saw as deeply repressed and sex negative.

Hollywood has never handled sex or sexuality particularly well. Sexual activity is usually portrayed as either unspeakably evil (Jennifer’s Body, Rosemary’s Baby) or a source of unending merriment (Knocked Up, Hall Pass). The power brokers of tinsel town don’t seem to be able to handle sex in a mature or respectful way which is what makes Kinsey such a breath of fresh air. Kinsey deals with the subject matter-of-factly, never using it titillate and never portraying it as something diabolical. It is a good movie featuring excellent performances from everybody involved, from Neeson, as the film’s central character, to Peter Sarsgard (Green Lantern, The Mysteries of Pittsburgh, Night and Day, Flight Plan, Jar Head) as his bi-sexual lover Clyde Martin.

It is interesting to note the parallels that can be drawn between Kinsey’s America and the United States of the early 21st century. During the time in which Alfred Kinsey was doing the majority of his research, the late 40s and early 50s, an epidemic of venereal disease was sweeping through the US. Today, the same thing is happening, with the American South in particular being severely affected by STDs. In the 1940s, Kinsey was fighting for decent sex education at Indiana State University, which at the time, had a Sex-Ed program heavily influenced by religious fundamentalism. Today, activists are battling to change sex education programs that are backed by religious fundamentalists and focus on abstinence, not actual education about sex and sexually transmitted diseases.

Alfred Kinsey battled with custom officials when he tried to bring sexually explicit materials into the U.S. Today, Little Sisters Bookstore in Vancouver has had to do much the same thing. It’s amazing how little things have changed in six decades.

This movie deserves two thumbs up. The subject is challenging, but it’s well worth viewing.