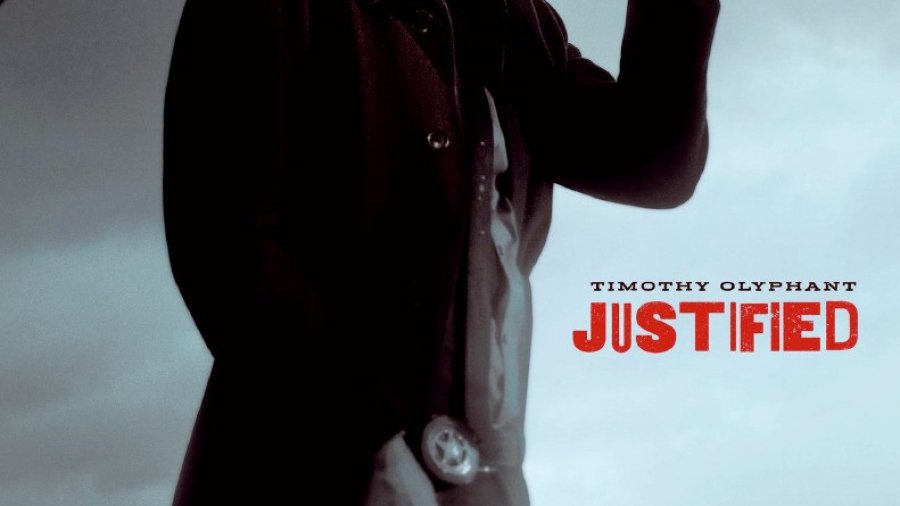 America has always had a love affair with vigilantes. Who doesn't remember private detectives like Sam Spade who operated outside of the law to solve cases, or frustrated cops like Harry Calahan in Dirty Harry. Movie buffs may also remember Charles Bronson when he played Paul Kersey many years ago in Death Wish. More recently, Dwayne Johnson played the main character in a remake of Walking Tall, and more recently still, Denzel Washington was quite memorable in a movie adaptation of the 1980s TV show The Equalizer, which was reviewed by yours truly. All of these men are cheered on by readers and audiences, as they break the laws meant to protect the common good while hunting for immoral psychopaths. Audiences aren't meant to question how psychotic the heroes of these stories and films actually are.

The latest love letter to the morally flexible American lawman is Justified. Based on the Elmore Leonard short story “Fire in the Hole,” Justified tells the story of Raylan Givins, a handsome, cocky, gun-toting U.S. Marshal who, while based in Miami shoots a prominent drug dealer and ends up getting sent back to his home state of Kentucky. There, he finds himself dealing out rough justice in his home region of Harlan County, dealing with Appalachian mob bosses, small-time hoodlums and cruel skinheads in one of the most wretched, poverty stricken parts of the United States.

After achieving fame in the HBO TV series Deadwood, and then adequate supporting roles in the movie Catch and Release and the series Damages, Timothy Olyphant stars as this television show's protagonist. Walton Goggins (Predators) plays the show's main villain, the entertaining and unstable Boyd Crowder, a man who is part preacher and part gangster, and who, it has to be said, is the most entertaining part of a show that tends to be short on character development and imaginative plot lines.

Joelle Carter is also featured in this series. Her filmography includes previous roles in High Fidelity and American Pie 2. In Justified she is cast as Ava Crowder, Boyd's girlfriend and Raylan's former love interest. Nick Searcy (Cast Away, The Ugly Truth, Moneyball) plays an excellent role as Art Mullen, Raylan's long-suffering boss. An entertaining addition to the cast is Jacob Pitts (Across the Universe and Eurotrip) who plays Raylan's handsome, sharpshooting colleague.

This critic has a problem with the way in which the character of Raylan Givins has been drawn. He is violent, underhanded and arrogant, and he consistently thumbs his nose at the laws he is paid to enforce. At a time when police violence and vigilantism are very much in the news, the last thing we need is another show celebrating a black-and-white view of law enforcement.

I used to be a big fan of this show, but no longer. After viewing the episodes from Season 5, I am no longer impressed with the quality of the program.  A very good show about the complex relationship between law enforcers and criminal is Home Box Office's fine police drama The Wire.