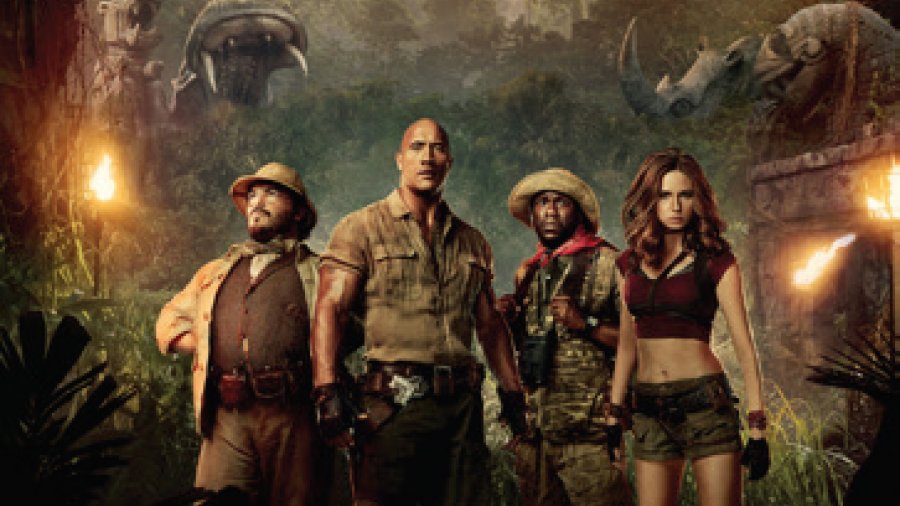 Chris Van Allsburg is a writer and illustrator of children’s books and has won the prestigious Caldecott Medal for two of his books, Jumanji (1981) and The Polar Express (1985). Both of these books have been adapted to successful motion pictures. Jumanji was also adapted to an animated TV series which ran from 1996 until 1999.

Jumanji is the story of Judy and Peter Shepherd, two children who, while on a walk in their local park, discover a magical jungle adventure board game. Disregarding the game’s warning message, they take the game home, start to play it, and soon discover that the dangers encountered in the game become part of their real life.

Jumanji was made into its first film in 1995. Van Allsburg was part of the team that wrote the script, and the film was directed by Joe Johnston. The children in the movie were played by Kirsten Dunst and Bradley Pierce, but unlike the original story in which all the characters are children, this film introduces adult characters. The story centres on young Alan Parrish (played by the late Robin Williams) who became trapped in the board game in 1969 while playing with his best friend Sarah Whittle (Bonnie Hunt). Twenty-six years later, Judy and Peter Shepherd find the game, begin playing and unwittingly release the now-adult Alan. After tracking down Sarah, the quartet resolves to finish the game in order to reverse all of the destruction it has caused.

The film was released in December 1995. Despite its lukewarm critical reception, it was a box office success, earning $263 million worldwide on a budget of approximately $65 million and it became the tenth highest-grossing film of 1995.

The movie became a cult hit, and 23 years after its initial release, this quirky action comedy is still fondly remembered. It, therefore, makes sense that Hollywood would try to recapture the movie’s success by releasing a sequel in December 2017. This latest effort is called Jumanji: Welcome to the Jungle.

This excellent sequel follows the adventures of Spencer, Fridge, Martha, and Bethany, four high school students who accidentally get stuck in Jumanji, which
is now a video game rather than a board game, are forced to take on the personae of characters inside the game.

A comedic element in the film is observing the main characters as they try to adjust to roles that are completely opposite to what their teenage lives are in reality. Spencer, a nerdy hypochondriac, becomes a muscle-bound archaeologist played by Dwayne (the Rock) Johnson. Fridge, a popular football player, becomes a short, awkward zoologist played by Kevin Hart. Martha, a shy inoffensive misfit, becomes Ruby Roundhouse, a commando, martial artist and dance fighter played by Karen Gillan.

Our heroes struggle to escape the game’s jungle setting and defeat the villainous explorer Van Pelt, played by the great Bobbie Cannavale, who is best remembered for his secondary roles in The Station Agent, Blue Jasmine, Boardwalk Empire, Snakes on a Plane, and Parker. This is a great, action-packed movie with wonderful special effects. It is definitely worth a look.