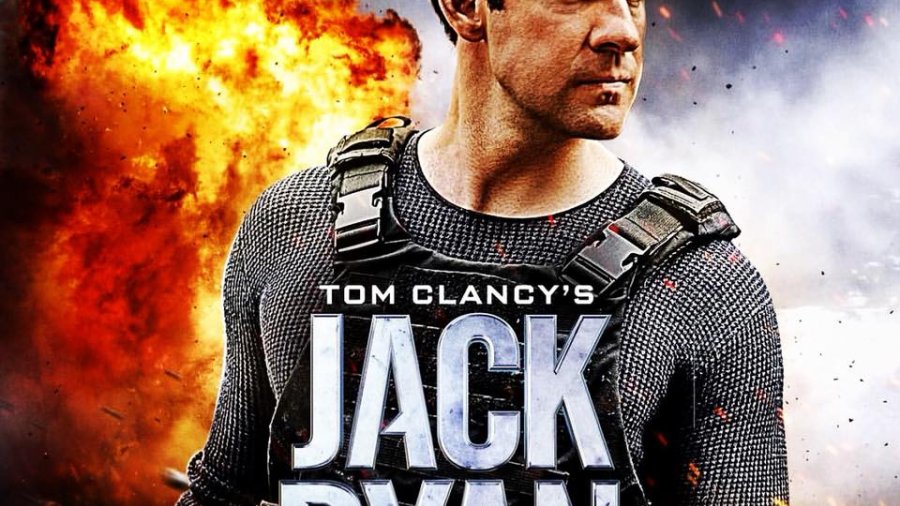 Tom Clancy was an American novelist best known for his technologically-detailed military and espionage thrillers set during and after the Cold War. He was an insurance broker before writing The Hunt for Red October in 1984. Seventeen of his novels were bestsellers, and four have been made into major films. He died in 2013 at the age of 66.

Clancy is perhaps most famous for creating the character of Jack Ryan, a tough, brilliant CIA agent who has appeared in twenty-one of Clancy’s novels and five films. Played at times by Alec Baldwin, Harrison Ford, Ben Affleck, and Chris Pine, Ryan has always been portrayed in these movies as a man of action, a superhuman member of the secret service who stands for truth, justice, and the American way. The most recent attempt to dramatize Ryan’s adventures is the TV series Jack Ryan, currently streaming on Amazon Prime.

This time around Jack Ryan is played by likable everyman John Krazinsky, with Wendall Pierce as his hard-bitten mentor and boss, James Greer, and Abby Cornish as Cathy, his love interest. All three actors are undoubtedly excellent, and, while the show, in general, is extremely well made, it is impossible to escape the fact that it has racist undertones.

The first season of Jack Ryan deals with Ryan trying to catch a cunning Lebanese terrorist, and while the creators of the show have clearly made an attempt to present the Arab, Muslim and middle eastern characters in the show as three dimensional, the main villain, for all that he is portrayed as a loving father, is still presented as a violent Jihadist. His wife, for all that she enjoys sports and is portrayed as reasonably feisty, is still treated as a victim by the writers and is constantly being pursued by rapacious perverts.

While it’s made clear that not all Arabs in war-zones are enemy combatants, ninety-nine percent of the Middle Easterners in this show are portrayed as violent religious extremists, rapists or con men.

There is also no acknowledgement that the system that young Muslims currently live under in America can create Islamist terrorists. When it comes to discussing radicalization, all the show’s focus is directed toward systematic racism in France, and while Europe does have major problems with anti-Muslim bigotry, the program lets America off the hook when it comes to discussing the issue.

If you simply adore films like The Hunt for Red October or Patriot Games, or if you think you would enjoy seeing John Krazinski bring his effortless charm into Tom Clancy’s hyper-masculine, hyper-patriotic Jack Ryan universe, then this is absolutely the series for you. If you dislike American exceptionalism, racism, xenophobia, and American intelligence agencies, then there is definitely not much here for you to enjoy. Hollywood seems to have a very difficult time making films and television programs which analyze and criticize the military industrial complex. Jack Ryan makes an effort to do so but ultimately fails to challenge the status quo.

In:
Art and Entertainment
Tags:
movies, Fernie BC, Movie Reviews