It's the end of the world as we know it, and Bubba Tres feels fine... 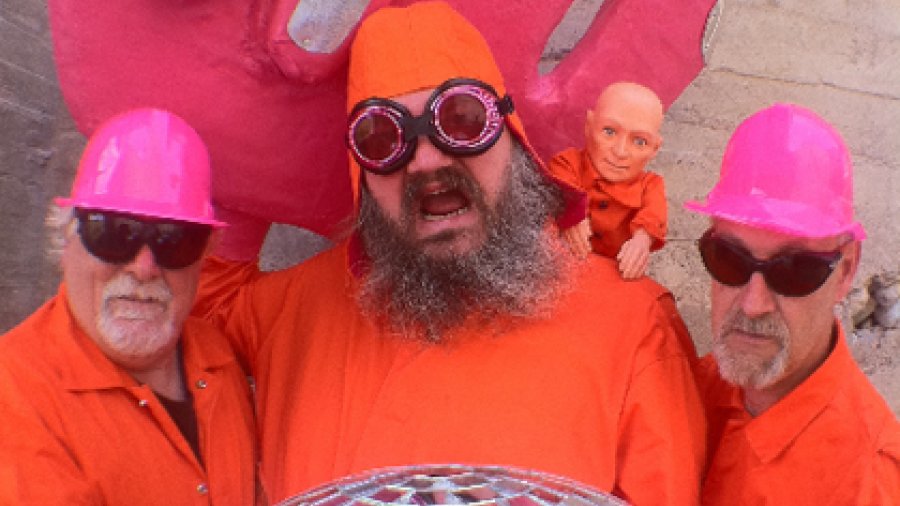 Last May, a man named Harold Camping was getting a lot of press. If you remember, he predicted that the Rapture would happen on May 21, followed by five months of fire, brimstone and plagues, until October 21, when it would all end. The world watched, waited, and while waiting, created Facebook pages for things like, “The Rapture After-Party.” Camping, of course, had to amend the prediction: the world is going to end October 21.

And here we are in October.

Many people think that Camping’s prediction is ridiculous – but who knows for sure? What better way to spend the last night on Earth than in a zombie costume with the apocalyptic, evil-slaying, pink bunnymen, Bubba Tres?

“We’ll either be partying or dead, either way it will be fun,” frontman Troy Cook says.
“Harold Camping was kind of a strangeness that we latched onto in May,” he adds. “We had a cabaret of sorts in Montana, just a party with friends, and we thought it would be fun, if he made another prediction, to have a zombie cabaret at the same time.”

Bubba Tres has latched onto all kinds of strangeness in its near-on-ten-year history. The band’s lyrics lean on so many zombies, Simon Pegg’s Shaun would be proud, but there are also psycho bunnies, ninjas, two-headed beasts, robots and pretty much anything else that speaks to a geek-freak’s heart. The show itself is a spectacle of smoke machines, confetti guns and laser beams, all choreographed to the band’s monster stew of synths and accordions, guitars and ukuleles, drums and megaphones – and anything else that the trio can figure out how to make sound with.

And then, of course, there are the zombie walks the band has brought to Fernie. This is the band’s fourth walk of the living dead in town, and if the Earth is still turning at midnight, bar zombies will be lured onto the streets for a couple of blocks with the promise of free brains.

There is no doubt about it, Bubba Tres are a three-man circus, but even in pink coveralls, surrounded by giant rabbit groupies, the band’s strangeness is no match for the Campings of the world.

“It’s part of that Americana stuff we got going on now – like with the Westboro Baptist Church and Harold Camping – people get away with whatever they want down there,” Cook says. “The people that they draw in, and people that they get believing in their craziness. Like this thing on the 21st of May –people lost their entire savings. They gave everything away, expecting to go into that magic spaceship and that didn’t happen. And then he said, ‘oh wait, you just got to wait a few months!’ And then what happens the 21st? How many times does he have?

“I hope he does it every year, and then we’ll just have our cabaret around Harold Camping,” Cook laughs – almost manically.

His comment marks the biggest difference between Bubba Tres weird and Camping weird. At the end, it should all be about fun – not fear mongering. So grab some clothes, rip them up, dribble some red food colouring on them, practice your stiff-legged walk and get ready for Bubba Tres’ Zombie Cabaret and End of the World bash with a couple more to-be-announced musician friends. After all, we could all use some more brains.

Bubba Tres & Guests perform the Zombie Cabaret and End of the World party at the Grand Central on October 21.