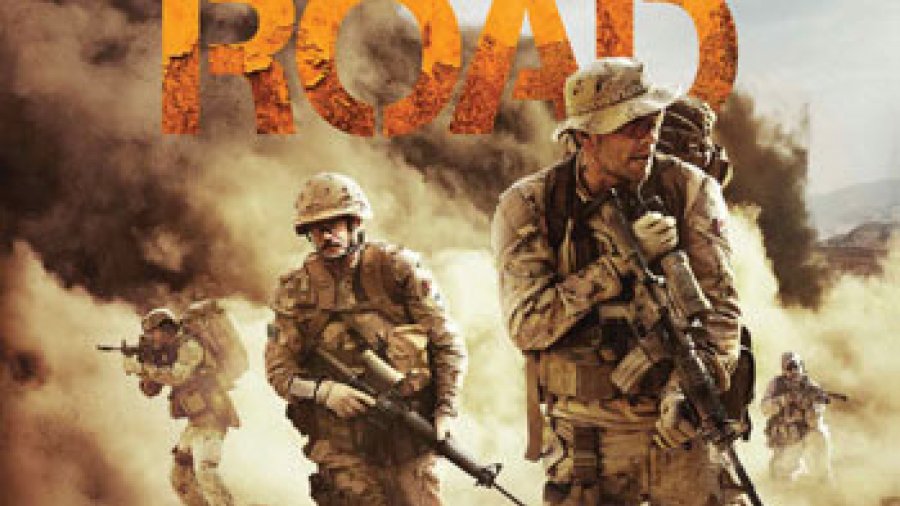 Next to the Vietnam War, the war in Afghanistan is the second-longest war in the history of the United States.

The War, code named Operation Enduring Freedom (2001–14) and Operation Freedom's Sentinel (2015–present), resulted from the United States’ invasion of Afghanistan in October 2001. The U.S. was supported initially by the United Kingdom, Canada, and Australia and later by a coalition of over 40 countries, including all NATO members.

The war's supposed aims were to dismantle al-Qaeda and to deny it a safe base of operations in Afghanistan through the removal of the Taliban from power, but it has been seen as controversial with goals that are now viewed as extremely dubious and without widespread support. However, given that it has been going on for the last 17 years, perhaps it is time for another examination of the conflict.

Hyena Road is an American-style military movie based on the trials of the Canadian army in Afghanistan. I don’t mind films that examine such subject matter as long as they are decently written, paced, and directed. Unfortunately, I can’t say that Hyena Road, written and directed by Paul Gross, fulfils any of those needs. The characters are one dimensional, the story is not absorbing, and the pace is slow. While Paul Gross plays an impressive role as an army intelligence officer, most of the other characters, even the villainous warlord who is the film’s main antagonist, are bland and unmemorable. The film also features Allan Hawco, an actor best known for his role as Detective Jake Doyle in the St. Johns-based CBC crime drama Republic of Doyle. Hawco is a great performer, but his talent is wasted in Hyena Road where he appears in only a few scenes, plays a minor character, and does not get to flex his acting muscles.

The story focuses mainly on a small squad of soldiers trying to rescue a group of Afghan girls who are to be sold into slavery. They are aided by a legendary Mujahadin fighter known locally as “the ghost.”

This is not Paul Gross’ first military movie. Perhaps the fact that his father was a career soldier, colonel and tank commander may have influenced the films he produces. Gross wrote, starred in and directed Passchendaele (2008), which tells the story of a major WWI battle. In a different vein, he directed Men with Brooms, a Canadian curling comedy, and he starred as Constable Benton Fraser for two seasons in the television series Due South. He is clearly a talented actor who is striving for a reputation as a director as well. Unfortunately, he has missed the mark with this latest effort. On a personal level, I had difficulty engaging with the film because I had trouble identifying with the portrayal of Canadian forces as just another U.S.-style lean, mean fighting machine.

Perhaps the current national focus on peacekeeping has made me less appreciative of the trials faced by our soldiers when they are fighting on a war front.

It’s not a movie I would recommend. Half a thumb for some terrific cinematography.