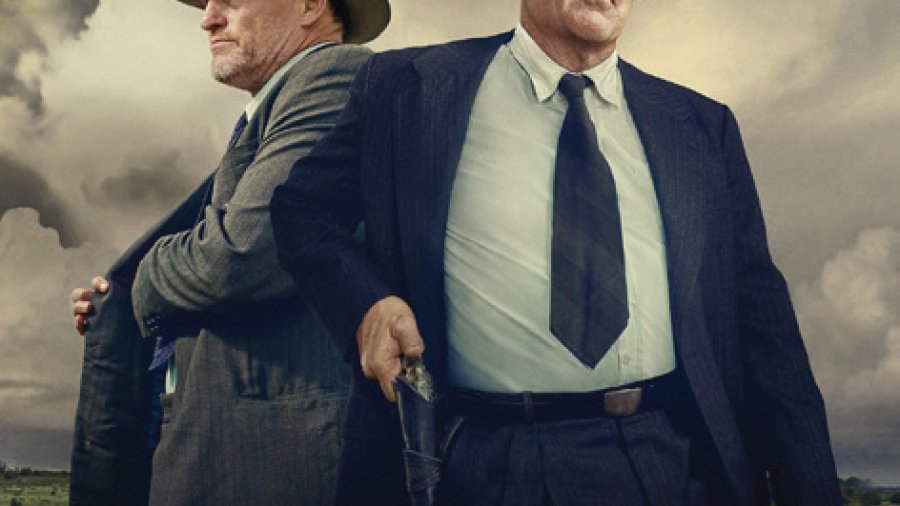 During the Great Depression, the exploits of a pair of young criminals captured the imagination of the American public. Between 1931 and 1934, Bonnie Parker and Clyde Barrow travelled the central US, robbing banks, stores and rural gas stations, killing at least nine police officers and several civilians. Myths were created about the couple, and they were glamorised in the press as they gained public enemy fame. Arthur Penn revived interest in them, and gave them a romantic aura, when he made the 1967 film Bonnie and Clyde, starring Warren Beatty and Faye Dunaway. The couple were eventually killed in May, 1934, during an ambush by law officers in Louisiana.

Given their fame in American history, it is not surprising that Netflix has now picked up their story and has included it in their ever-growing catalogue of films. It gives, however, a refreshingly new take on the story, revolving around Frank Hamer and Maney Gault, the retired Texas Rangers tasked with hunting down our pair of villains. Bonnie and Clyde aren’t featured in the story, instead taking a secondary role, appearing only occasionally as a backdrop to the story of Hamer and Gault. The film features Kevin Costner as Hamer and Woody Harrelson as Gault.

This is a decent movie, but it has its limitations. Sad to say, Kevin Costner’s performance is rather wooden. Costner first came to the public’s attention with Silverado (1985). This was soon followed by a series of successes (The Untouchables, Bull Durham) culminating in Field of Dreams (1989) and Dances with Wolves (1990). In 1995 he starred and co-produced Waterworld, which was the most expensive film ever made at the time, but it was a major box office disappointment and marked a downturn in Costner’s career. Nevertheless, since 1999 he has had supporting roles in many excellent films, culminating in the miniseries Hatfields & McCoys (2012), which won him a Primetime Emmy Award; and since 2018 he has starred in the drama series Yellowstone.  He has also won two Academy awards, three Golden Globes, and two Screen Actors Guild Awards. He is definitely not lacking in talent, but in this film he fails to impress.

Woody Harrelson, on the other hand, is excellent as Gault. He is a wonderful actor and great at playing the comic relief, but also manages to inject pathos into his performance. It is an odd thing to say considering that the Highwaymen is a historical drama, but the movie would have been better if Harrelson had been given a more dominant role.

Also featured in the film is Kathy Bates, who plays the Governor of Texas. Bates, probably best known for her terrifying performance as the vengeful nurse in Misery, gives an excellent turnas a hardbitten southern politician. John Carroll Lynch, prolific actor and son of director David Lynch, is very good in the minor role of one of Bates’ close advisors.

This film has its imperfections, but is absolutely worth a look, and is a must see for all true crime enthusiasts.