He Won’t Get Far on Foot 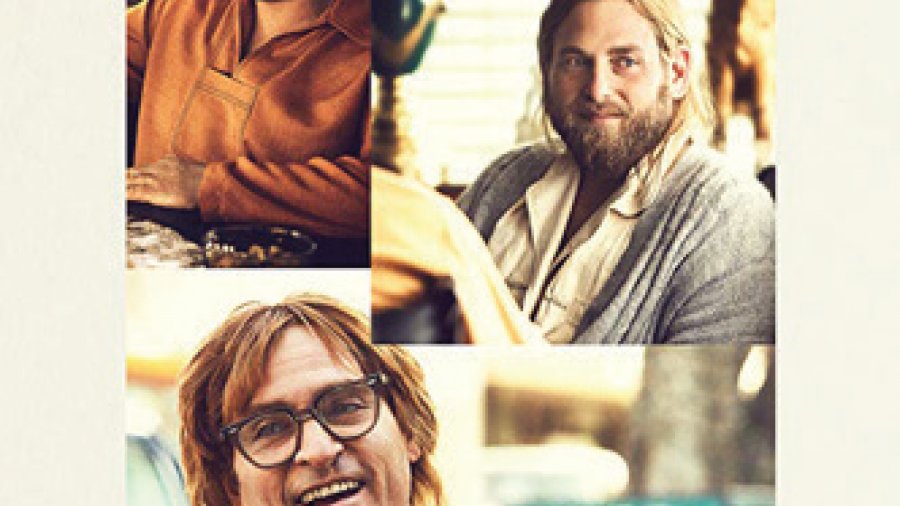 John Michael Callahan was a cartoonist, artist, and musician who lived in Portland, Oregon.

By his own admission, Callahan was an alcoholic from the time he has a teenager, and he became a quadriplegic at the age of 21 after a tragic car accident while he and a buddy were bar hopping. Following the accident, Callahan continued to be an alcoholic until his late twenties when he decided that his problem was alcoholism, not quadriplegia. He died of respiratory failure in 2010 at the age of 59.

His drawing ability was evident from an early age and after his accident, he became a cartoonist. He was able to draw by holding a felt pen between his hands, which resulted in an artistic style that was simple and often rough, but expressive and legible. He developed a reputation for dealing with macabre subjects such as sexual abuse and physical disabilities in his art.

His dark humour may be exemplified by the title of his "quasi-memoir,"Will the Real John Callahan Please Stand Up? The irony of the title is that John Callahan could not stand up after his accident.

His treatment of the controversial subject matter in his cartoons shares something with the work of Charles Addams, Gahan Wilson, and especially Charles Rodrigues, although it is much more aggressive than even the Playboy cartoons by these cartoonists.

The man is something of a folk hero in disability circles, so it makes sense that Gus Van Sant, a filmmaker famous for crafting stories about weird and wonderful people would make a movie about this strange and talented individual. Interestingly, Van Sant was actually going to make this film in the mid-90s while Callahan was still alive. It was to star Robin Williams as Callahan.

This film features Joaquim Phoenix as Callahan, Jonah Hill as his A.A. sponsor, and Rooney Mara as Annu, Callahan’s love interest. Also featured are Jack Black as Callahan’s drinking buddy who was responsible for the accident that caused the disability, and punk icons such as Carrie Brownstein and Beth Ditto who play a disability case worker and a member of John’s A.A. group respectively.

This is an entertaining film, with excellent performances by a distinguished cast. It manages to portray Callahan as a well-rounded character, not as a saint or devil, but as a flawed man. It also accurately portrays some of the issues that many people with disabilities face, including lazy, cruel caregivers, state oppression; and it deals sympathetically with topics such as disability and sexuality.

I do have to gripe about the film, however.

The main problem I have is the casting of Joaquim Phoenix as Callahan. It’s not that Pheonix isn’t good in the role. He is. It’s the fact that he’s an able-bodied actor playing a disabled character, something that happens constantly in Hollywood, and a phenomenon which denies thousands of legitimately disabled actors opportunities to work every single year.

Of course, it could be argued that since Callahan does, in fact, walk at the beginning of the film, it would be impossible to have a quadriplegic play him. I can’t help but feel, however, that if American filmmakers can make Robert Downey Jr. fly on screen, they can absolutely find a way to make a disabled person appear to walk.

Still, this is a terrific movie. Two thumbs up.